This quest is the continuation of The Academy quest. On the Arena Of The One you'll battle characters that left your party. Not the best decision apparently, as they will be undead. You'll have to kill them to reach the Wellspring.

One more thing you'll have to defeat on the way will be a pair of Eternal Sentinels. The moment you'll approach the Wellspring, Dallis will appear and destroy it.

From that point on, your task will be to escape the Arena Of The One before it is destroyed. To be able to do so, you'll have to battle the Embodiments. Before the fight, you'll be given a choice whether you want to kneel before them. If you do, your character will be killed instantly and the rest of the party will be forced to battle the Embodiments of two gods. If you decide not to kneel, you'll be battling the Embodiment of your god and copies of your own party. The copies have different skills than the originals though. 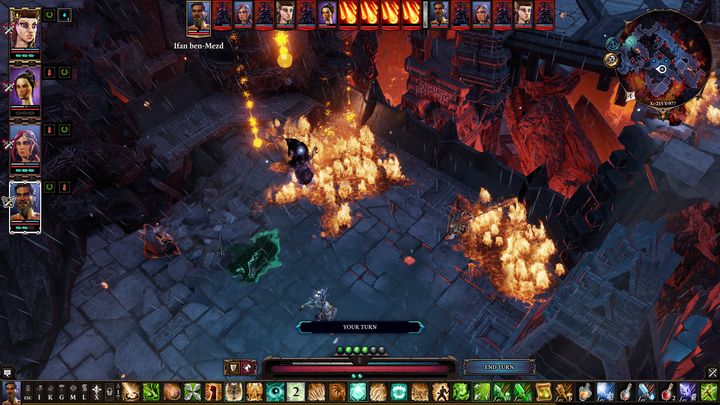 After you've defeated the Embodiment it will turn into Source Titan, which you'll also have to defeat.

You'll need to hurry. Fire rain will accompany the battle. After two turns, the fields of fire turns into lava and cannot be crossed, and the rain drops on a different spot. Use the Malady Beacon after the fight to be transported on the Lady Vengeance. 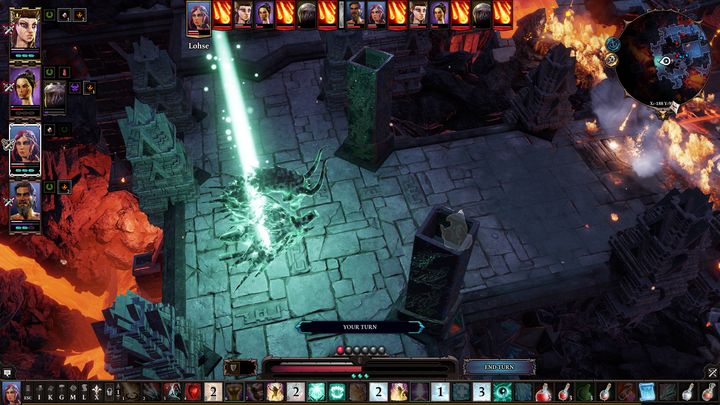 The ship will provide you with the option to spend the night together with one of your party members and speak to the ghosts of those defeated on the Arena Of The One. None of those actions is obligatory though.

To complete the quest, head to The Figurehead and ask it to bring in Malady. Talk to her to go to Arx.