In this chapter you can find information about all key and challenging fights that take place on Nameless Isle.

The arena in Academy 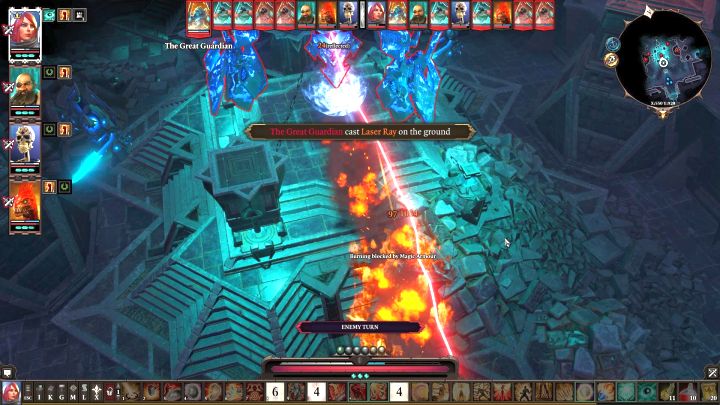 The three enemies like to cast their spells in a straight line - you should scatter your party.

In Academy, you can find an arena on which you must face a few enemies who are divided into two teams. The Great Guardian and two Eternal Sentinels use spells - they like to attack you with Laser Ray or Electric Ray. You should prepare yourself for this fight and scatter your team if it is possible because these spells hurt anybody that stands in their line. The second team consist of two Eternal Protectors - these enemies fight at short distance by mainly dealing physical damage. 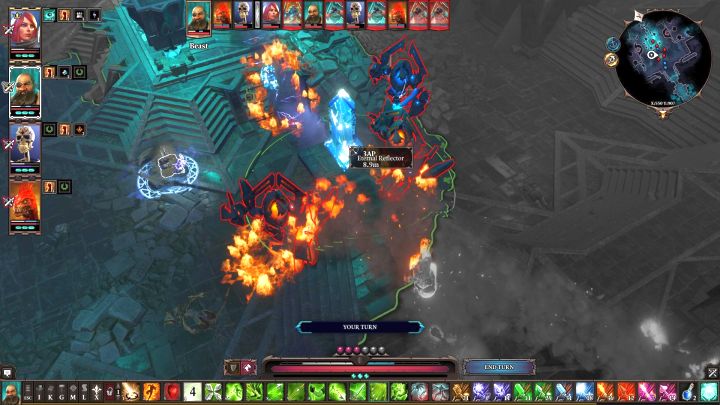 Eliminate two Eternal Sentinels to reduce number of spells that can be used by the enemy party. Then, you must defeat the Eternal Protectors that can deal a lot of damage to yours at a short distance. Lastly, you must kill the main enemy, The Great Guardian. 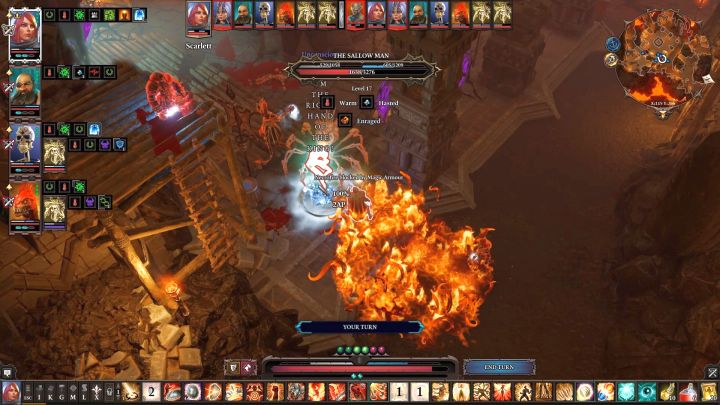 The Sallow Man revives after his death - luckily for you, he does this only once.

Another peculiar fight in the game but not because of enemy's strength but because of his special ability. You must watch out for two things - the spell that he uses (lowers stats, Constitution attribute and damage of all characters) and his ability to resurrect. The status that he inflicts on you can be removed by, e.g. Bless spell. You should remember about that because the effects of his spell accumulate (after the second spell your character can receive -60% to damage!). When you manage to defeat the enemy, he will (shortly after that) resurrect. However, you have to kill him only one more time. After that you must deal with the rest of the enemies but this shouldn't be a big challenge to you. 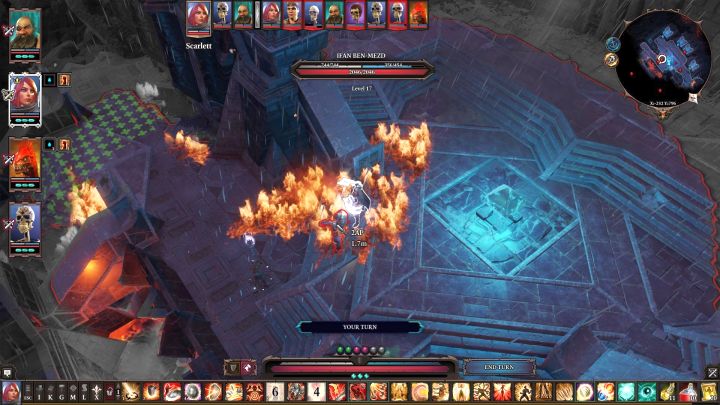 One of the easiest fights in the game.

The fight on Arena of the One is connected to the main storyline. This battle is very easy. You must eliminate a team of four enemies that include Alexandar and three allies that weren't in your party during the last moments of your journey on Fort Joy (the fight with Dallis the Hammer). There isn't anything complicated here - you must defeat enemies and stop them from reaching their destination. The companions are much weaker than your party - Alexandar is the only real threat here.

Fight with copies on the arena 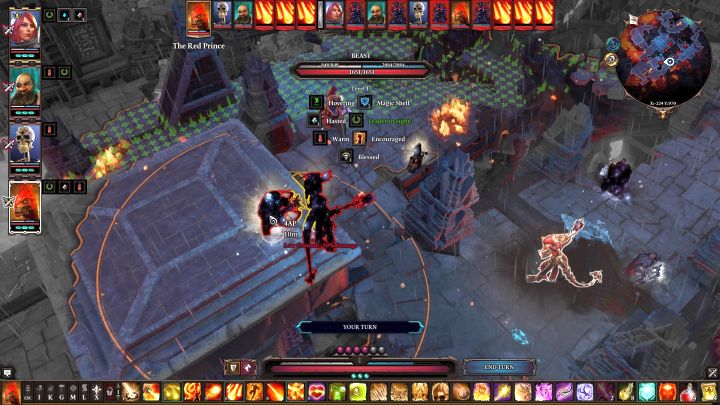 Spells that use Source Points will eliminate them quickly.

After the main fight on Arena of the One and a series of cut-scenes you will have to face an enraged god and three side characters. His entire team consists of copies of your companions. However, you should remember that those copies can have abilities that your characters don't. You must also remember that every once in a while, a rain of fire, that creates lava, will appear on the arena - the rain itself isn't dangerous but the lava can kill anyone that steps on it. 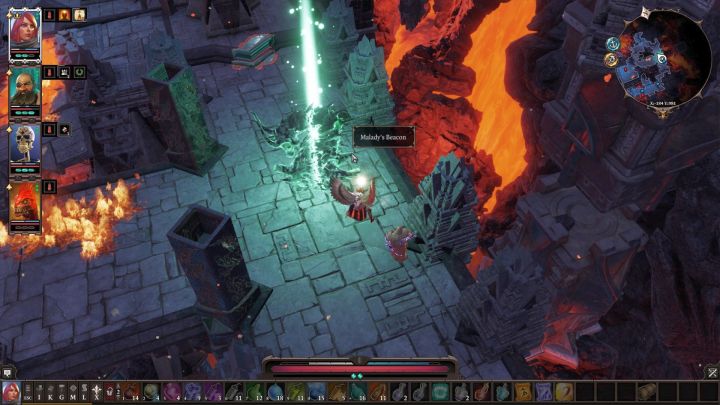 After that you must run and interact with the marked point.

The entire enemy team is much weaker than yours and the fight can be quickly completed by using abilities / spells that use Source Points such as Arrow Storm, Meteor Shower or Hail Storm - each one of them can kill even two enemies at the same time. Then, you must reach the marked point that will allow you to leave this area. Only one character has to reach it - you should use the fastest one and the rest should avoid lava that falls down from the sky.