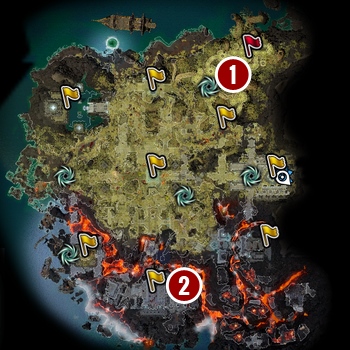 1. Temple Of Tir-Cendelius - Entrance to Heart Of Mother Tree

In the Temple Of Tir-Cendelius you will be halted by an elf. She will tell you that Mother Tree wants to talk to you. The entrance to the Heart Of Mother Tree [1] is available on the platform next to you. There you can meet Elven Scion, who will be speaking on behalf of Mother Tree. You will be asked to kill Shadow Prince [2]. 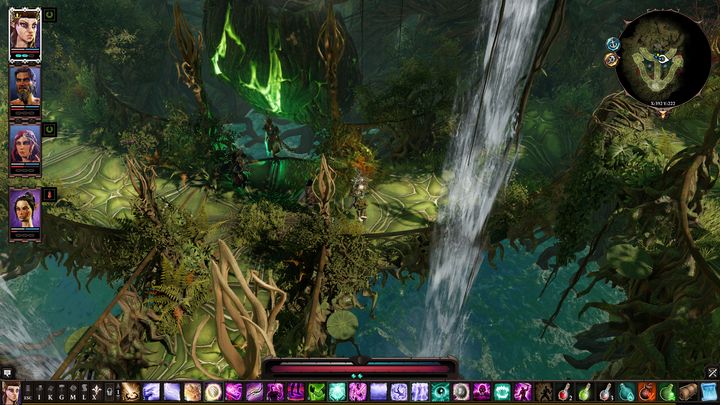 Note: If Sebille is in your team, you should swap her for someone else before talking to Shadow Prince. Otherwise you'll have no choice but to kill him. This will prevent one of the possible endings.

Shadow Prince is in the Lava Fields. Talk to him; he will want you to kill Mother Tree. He'll give you a box containing Death Fog, which is required to murder the Mother Tree. You have to make the decision now.

Go back to Elven Scion, to claim your reward.

Reward: 321000 experience points + 4 guaranteed rewards + 1 of 4 to choose from depending on the character class

If you decide to kill Mother Tree, you have to go back to its heart and leave there the box you get from Shadow Prince. In order to achieve that, however, you will have to defeat the Elven Scion as well as some Mother Tree minions.

On top of that, after leaving the Heart Of Mother Tree, you will be attacked by everyone, who's there. The most reasonable way out is to quickly get to the fast travel point. After leaving the Temple Of Tir-Cendelius, the whole area will be covered with Death Fog hence being unavailable.

Go to Shadow Prince to claim your reward.

Reward: 343500 experience points + 4 guaranteed rewards + 1 of 4 to choose from depending on the character class

If Sebilla is in your team, she can kill Mother Tree, without using the Shadow Prince's box. She just has to interact with the heard. Mother Tree and Elven Scion will be instantly killed and the quest will be finished.

Everyone in the Temple Of Tir-Cendelius will attack you as well.