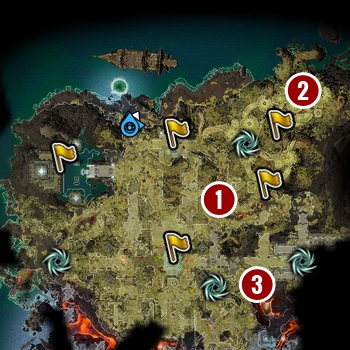 3. Temple Of Rhalic - entrance to The Cave

Use the Black Mirror to contact The Sallow Man. He will demand you bring him Alexander's head.

Alexander is in the Temple Of Tir-Cendelius, where he congregated with a group of loyal magisters. You will have to fight them. Watch out the units on the platforms!

After the fight ends, take Alexander's head and use the Black Mirror. This will reveal the Black Ring's hideout, guarded by a troll named Krug. You can convince it to let you in. If you don't manage to do that, you will have to kill it. Same as the trolls from the Reaper's Coast, it will have the Troll Blood status, which allows him to regenerate once every turn. You can cancel that status with Restoration. If you also have the Teleportation skill, you can just move it into the lava below. 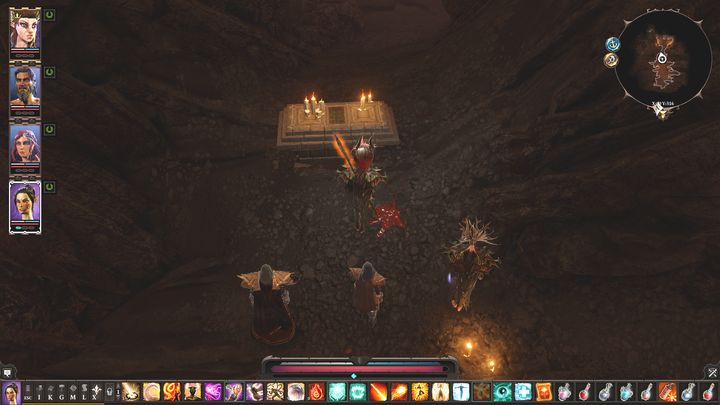 Once you're in the cave, place Alexander's head on the altar. This will open the passage to the main area, where The Sallow Man is. Talk to him, and give him Alexander's head.

Note: if Loshe is in your team, swap her for someone else before talking to The Sallow Man. Her presence will instantly provoke a fight, preventing you from finishing the quest.