This quest will only be available if you've finished the Burrying The Past quest. 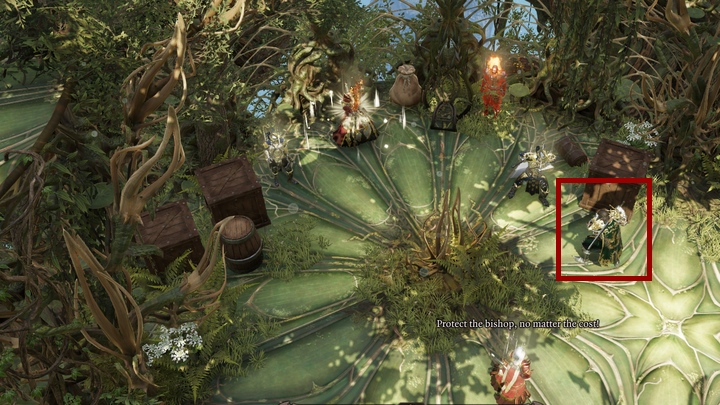 In the Temple Of Tir-Cendelius next to Alexander, you will see Gareth. He wants to take revange on Alexander for all the bad things done upon him. You can side with either of them.

Choice 1: side with Gareth

If you support Gareth, you will have to kill Alexander. When the fight begins, make sure to get rid of the units on the platforms first. They deal the most damage. Protect Gareth as well, and heal him if his HP gets low.

After the fight, talk to Gareth.

Reward: 200625 experience points+ 4 guaranteed prizes + 1 of 4 to choose from depending on the character class

Choice 2: side with Alexander

If you side with Alexander, you have to kill Gareth. Since everyone there will join the fight, killing him will be just a formality.

Talk to Alexander after the fight. He should give you the quest An Unlikely Patron.