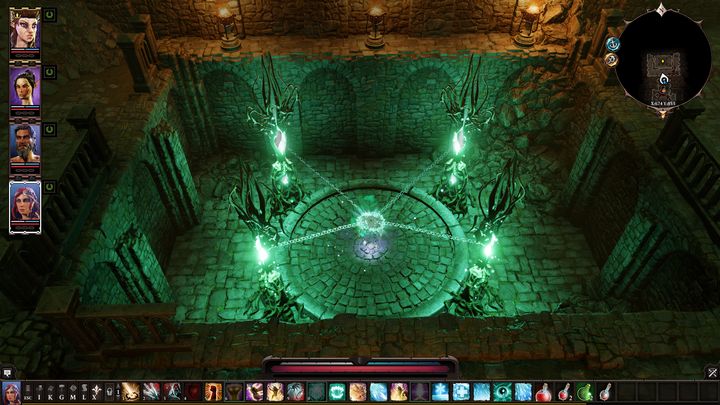 In order to reach the room in which the Dwarf you must fix a lever on the door. Use Sliver Lever Shaft. However, opening the door requires the right energy.

Use Spirit Vision and speak with Brother Kalvin's ghost. You can convince him to let you in or you can use Source Vampirism on the spirit. Regardless of your decision, the door is now open.

You must now face a Dwarf. His death completes the quest. Defeating him isn't challenging, however, after that you will have to participate in a very difficult battle. On top of that, the fight has a bug.

You must now fight with a released demon. He disappears after a few attacks and possesses one of your team members. You must fight with that person. When that character's health drops very low (about 10% of health points) the demon will leave their body. After that he will repeat the process. The game has a bug - even if you kill the demon, he will keep possessing members of your team. His real form doesn't appear and instead he keeps possessing.