This page of the Divinity Original Sin 2 guide contains a detailed description of Conjurer. You'll get acquainted with the basic information on this class, recommended playstyle, as well as its biggest advantages and potential disadvantages.

Conjurer is a class that is perfect for support - in default, it can summon creatures on a battlefield that can help their team and attract attention of an enemy which is especially useful when team members are vulnerable to attacks. When it comes to races, the best ones are Dwarf or Human - in the first case a character receives additional Vitality and chance for Dodge and in the second case a character has higher Initiative and Encourage ability that can give extra support. In default, a Conjurer starts with Pet Pal talent which allows this character to speak with animals - if you don't have any other characters with this talent then this is a good choice. 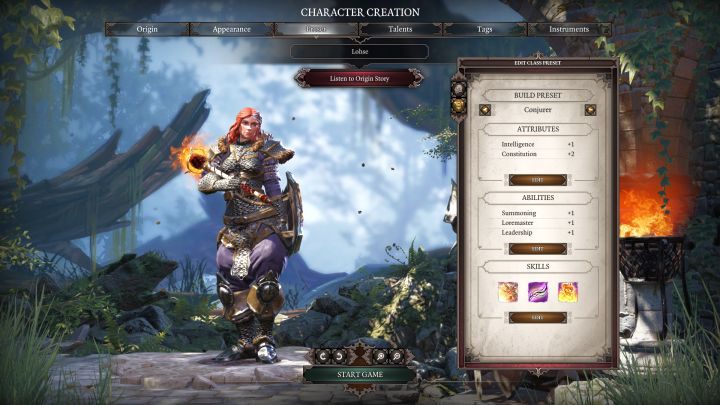 Conjurer in the class selection screen.

In case of Conjurer two abilities were improved.

In case of Conjurer three abilities were developed.

Pet Pal - allows a character to speak with animals.

A Conjurer has access to one school, Summoning, which means that they can choose from 4 starting skills. Three default skills are the best ones so you shouldn't make any changes here. Because of that you should use Conjure Incarnate, Dimensional Bolt and Elemental Totem.