This page of the Divinity Original Sin 2 guide contains tips on how to acquire five different parts of Braccus Rex's armor. We also list the unique stat bonuses obtained when using items from this set.

While you were doing Withermoore's Soul Jar you have probably noticed that there are items with a name of a character from the previous game - Braccus Rex. Even though the game doesn't have a set mechanic (as in, e.g. Diablo series), you can find equipment elements that change their effects when a character is equipped with certain items. This is the case with Braccus Rex set. You can collect 5 items (although there are more of them but you can learn about this later): Tyrant's Stride, Heart of the Tyrant, Corrupted Tyrant's Helm, The Hands of the Tyrant and Tracks of the Tyrant. 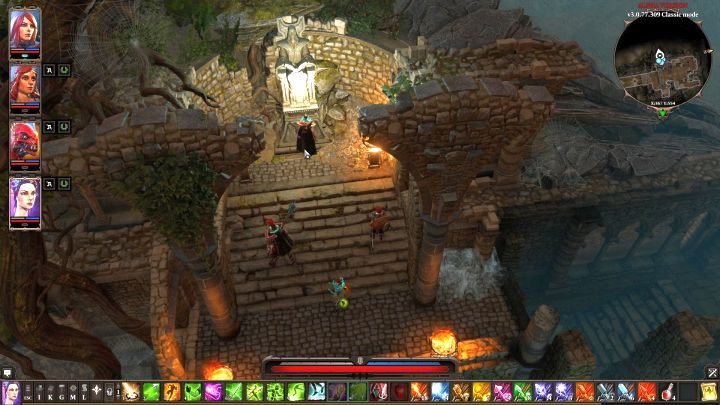 This item can be found inside of Ancient Passage - this place is visited during Withermoore's Soul Jar quest. In the west part of the room you can find one of the two statues (presented in the picture above). Select a character that has the highest Wits attribute and order it to interact with the statue. Then you must use all dialog lines. After that you can pick up the item from the ground.

Heart of the Tyrant 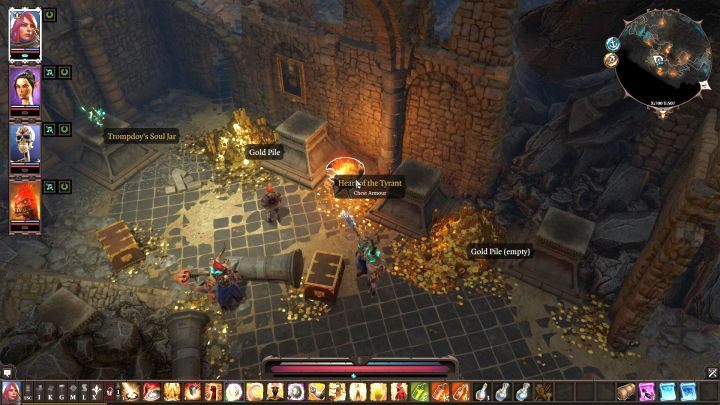 Location of the second item, Heart of the Tyrant.

The second item can be found in Madman's Enclave right after you have the second fight with Trompdoy. The item is in the treasury - where you can find soul jars, chests and gold piles. 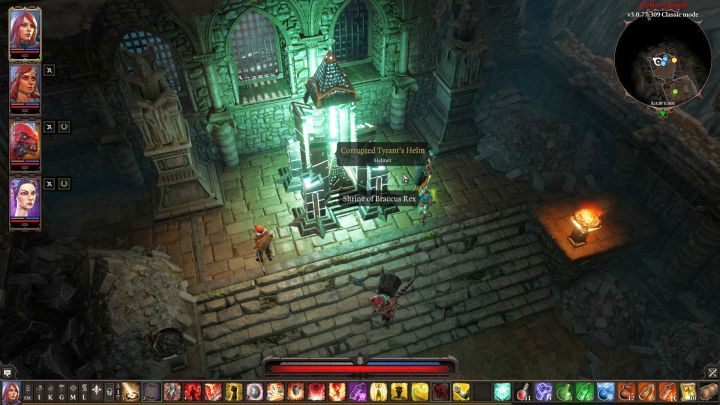 The helmet of Braccus Rex will come out from the shrine.

Braccus Rex's can be found in Decrepit Ruins - a small location which can be accessed near the place where you save Gareth (Most Dangerous When Cornered quest). When you enter the room, you simply have to cast Bless on the lever on the left, use it and enter another room. There, you just have to interact with Shrine of Braccus Rex (requires a Source Point) and after that you can pick up the item from the ground.

The Hands of the Tyrant 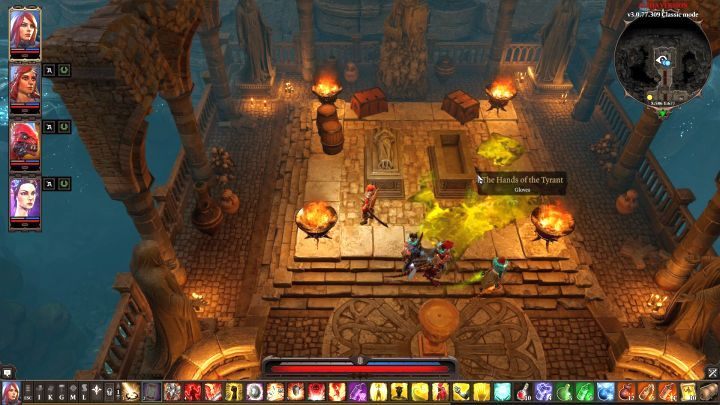 The gloves are located in Gargoyle's Maze Tower. The video above contains a detailed walkthrough for that place. Behind the force field you can find two sarcophaguses - interacting with the one on the right will make a poison to start leaking out. From the same sarcophagus, you can take The Hands of the Tyrant.

Tracks of the Tyrant

The last, fifth item, from the set is located in the tower on the beach in Fort Joy. The tower can be accessed by using Teleport ability or one of those that allow you to jump / teleport - Phoenix Dive, Cloak & Dagger, Tactical Retreat or Spread Your Wings. When you reach the tower, you simply have to search Lorenzo's corpse and take the item. You can watch the whole process in the video above.

Using the armor and a few interesting facts

When you equip any of the items, you can notice that it is enchanted - it inflicts a curse on a person that wears it reducing their speed of movement, inflicts Warm status etc. However, there is a simple way of removing that curse - you simply have to wear all 5 items that you have acquired recently. Together, they offer only bonus effects and the curses are gone - until you remove, at least, one of the items. 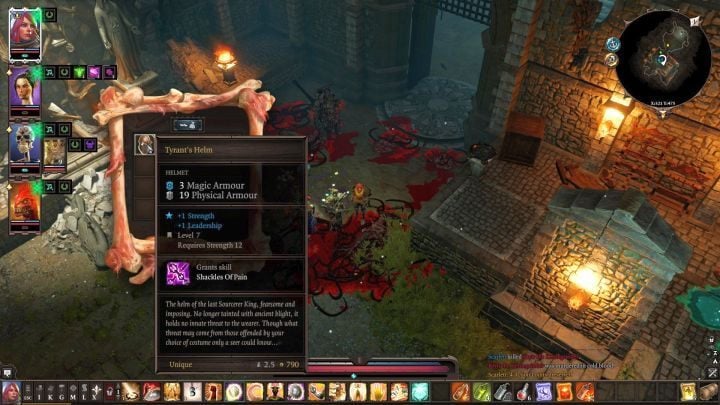 The "cleansed" helmet of Braccus is a good item for a warrior.

Here are some interesting facts about the items of Braccus Rex: