Source Points can be seen as an additional way of casting many of the most powerful spells and those, that are connected to a unique magic school (Sourcery). These points are also necessary for solving some puzzles. However, they have two problems - a necessity of removing the Collar that blocks the ability to collect them and the fact that you have to get these points in the first place. If you want to learn how to remove the Collar, you should check out the walkthrough for "The Collar" quest. 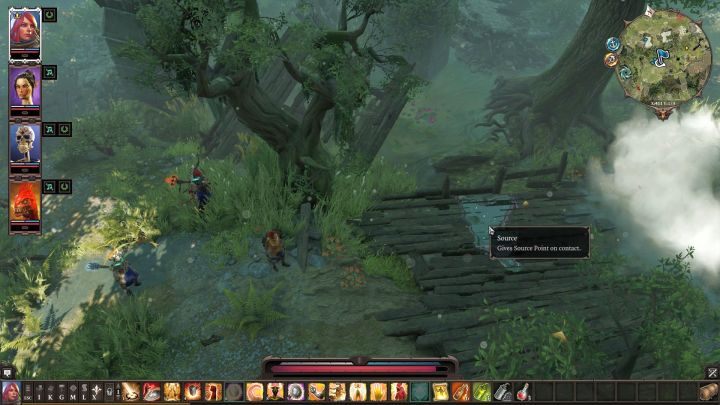 Spots like this, that allow you to restore Source Points, are plentiful in the game.

When you get rid of the Collar, you can now start gathering these points. The game offers you a few ways of doing that:

Remember that, in the beginning of the game, your characters have access to only one Source Point - this means that some of the abilities won't be available and you will have to regenerate that point after each use. However, with your progress in the story you will be able to unlock the second and the third socket. Thanks to that your characters will be able to store 3 Source Points.