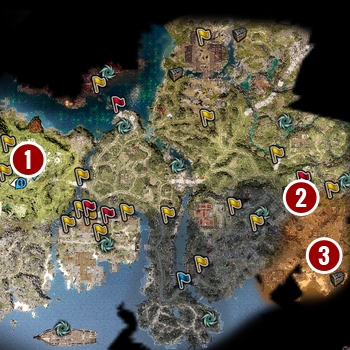 If you decided to save Hannag [1] then she will ask you to find Gwydian.

In order to find Gwydian you must head to Blackpit. When you reach his house [2] it turns out that he was captured and his entire family will be murdered. You must face the magisters if you want to save them. When the fight is over you must talk with Gwydian's aunt and you will learn that he was taken beyond the gate located at the end of the village.

You can get behind the gate in two ways. The first option is to fight with magisters. The second option is only available if you spoke with magister Reimond in Driftwood and he gave you a written authorization. If you have it, you simply have to show it to the magister guarding the gate and he will allow you to pass without any problems.

Gwydian [3] is located on one of the platforms where he is currently interrogated by a white magister. 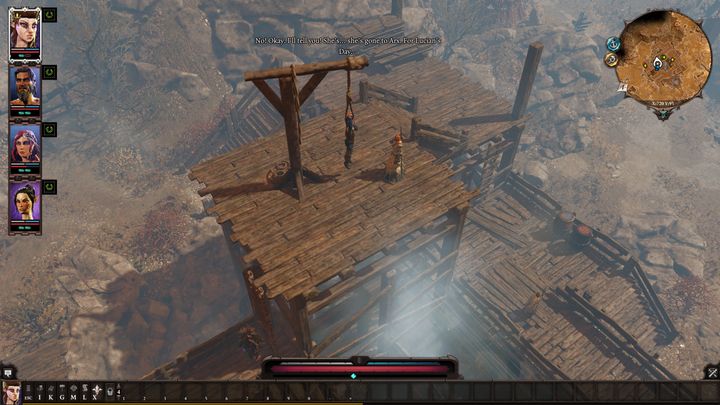 Speak with him and don't allow him to kill Gwydian. If Gwydian survives then you will have to face magisters. However, they aren't your main problem. Oli and Fire Voidlings will also join the fight. Avoid using fire and have a character that has a lot of abilities from Hydrosophist school. In addition to that, you must keep Gwydian alive at all cost.

When the fight is over you must speak with Gwydian and tell him what happened to his family. After that he will go back to his home. You must follow him and speak with the man again.

Even though the quest ends when you speak with Gwydian near his house, you should also visit Hannag. When you inform her about Gwydian's fate she will teach you how to gather an additional Source Point.