You can activate this quest when you speak with magister Carver or magister Caryl. Both of them asks you if you saw one of magisters that went missing. You must deny but you can run your own investigation.

You can speak with Stewart who sits next to The Black Bull tavern. The only thing that he will tell you is that magisters' suspicions are incorrect.

If you have Spirit Vision ability the you can use it in the tavern. After using it you can see Magister Harrick's ghost walking around the main room. 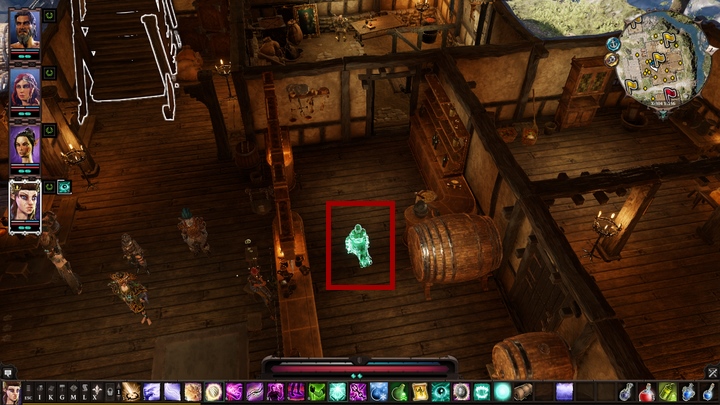 He won't be able to tell you who the murderer is. However, if you ask him where his body is he will tell you a useful hint. He says that his body can't be found because it was cut into small pieces.

If you have an elf in your team then you can buy Meat Stew from Lorvik. After eating it you learn that it contains human flesh. You can either confront Wyvlia or inform Carver.

If you decided to confront Wyvlia - the elven cook - then you must head to The Black Bull's kitchen. 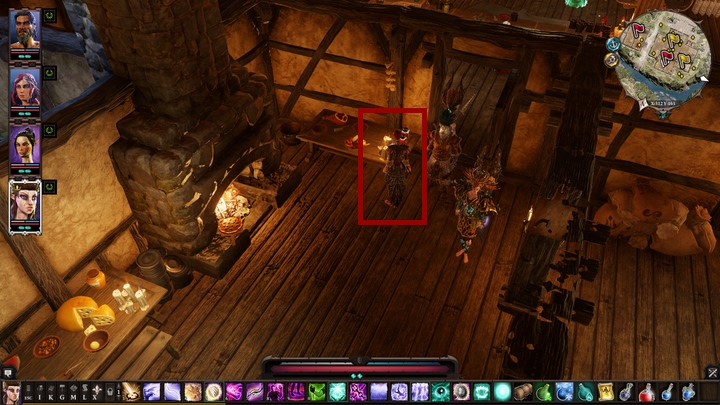 Tell her that you know what she is doing with the missing magisters. If you openly say that you want to report her, she will attack. You can search her body and find her notes and a ring that belonged to one of the magisters.

Take these evidence to magister Carver. Tell him all that you know and he will reward you for solving this case.

If you decided to inform the magister first about what you have learned or when a confrontation with Wyvlia didn't end with a fight then magister Carver will decide to send magister Bellworth to gather evidence.

Sadly, Bellworth gets killed and Wyvlia will also attack you. Just like in the confrontation variant - kill her and gather evidence. Then, you must go to magister Carver - inform him about what happened and give him the evidence.