This page of the Divinity Original Sin 2 guide contains a detailed description of Rogue. You'll get acquainted with the basic information on this class, recommended playstyle, as well as its biggest advantages and potential disadvantages.

According to the common motive, Rouge is a class that combines high agility with endurance, and fights in close or middle range. Appropriate positioning also plays a part, so you can use the backstabbing hits as often as possible.

A good Rouge also has a high Wits modifier, which allows him to deal critical hits more often. The first parts of the game can be difficult resulting from the lack of a good weapon, but in the longer term, the rouge is a mainstay of the party. 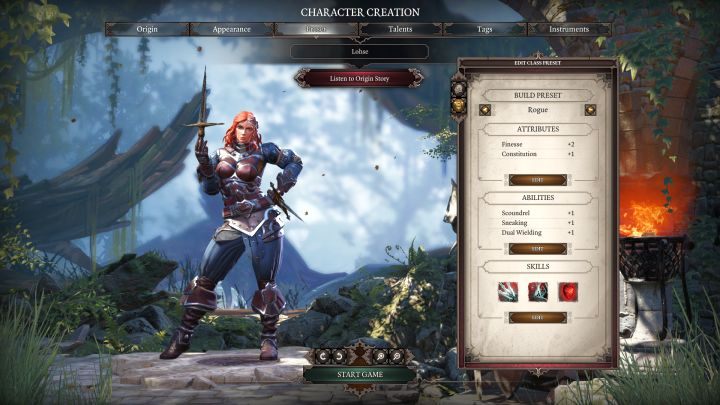 Rogue in the class selection screen.

The Pawn - allows a character to make additional move which corresponds to 1AP at the beginning of each turn.

A Rogue has access to one school, Scoundrel, which means that they can choose from 4 starting abilities. However, a default Rogue starts with the best available abilities so there is no point in changing anything. Because of that you should focus on using Adrenaline, Throwing Knife and Backlash abilities.