Ranger is a character whose main task is to use ranged means to eliminate every enemy who is able to endanger your party. Thanks to special arrows, he can efficiently slow down, blind, or apply various statuses to your enemies.

He should always keep to the second line, only except the situations where he needs to break the line to assume a good position. Using the ability to teleport party members, you can teleport him to high objects, which will facilitate combat for him. 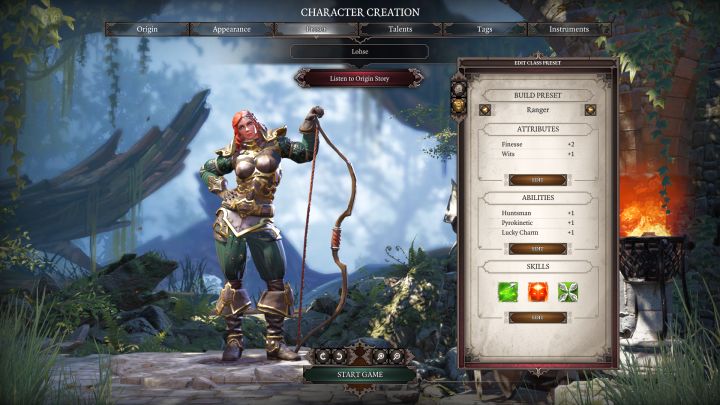 Ranger in the class selection screen

Arrow Recovery - A chance for retrieving a special arrow after firing it.

A Ranger has access to two schools (Huntsman and Pyrokinetic) which means that they can choose from 8 starting abilities. The selection was done rather well, however, there is room for small changes. These changes are presented in the table below.