This page of the Divinity Original Sin 2 guide contains a detailed description of Fighter. You'll get acquainted with the basic information on this class, recommended playstyle, as well as its biggest advantages and potential disadvantages.

The fighter is a very versatile class. If developed properly, he can become a serious threat to the enemies. If you decide to build character durability, he will prove himself to be a perfect tank because he can easily improve his armor. If you use his abilities differently, he can become a support character, but you must remember that the main purpose of fighter is to follow and finish the most important enemy units. 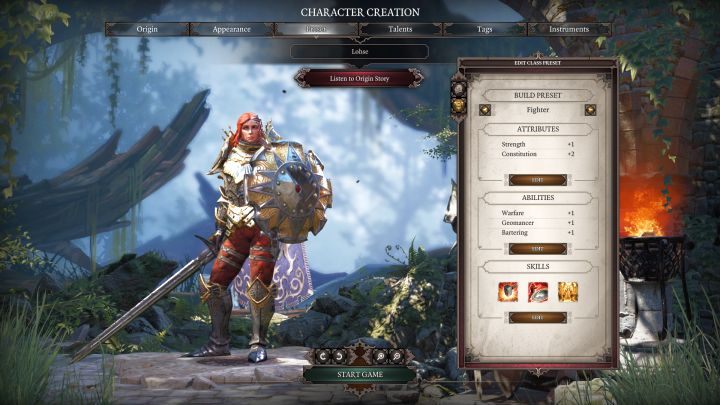 Fighter in the class selection screen

In case of the Fighter two attributes were strengthened.

Opportunist - this talent allows you to perform surprise attacks when an enemy pass by that character or when they want to move away from a Fighter. It doesn't activate when an enemy performs an attack or action that doesn't require them to move.

A Fighter has access to two schools (Geomancer and Warfare) which means that they can choose from 8 starting abilities. The choice of abilities is good and they suit a Fighter that uses a sword and a shield. However, if you want to use a two-handed weapon or use two swords then you can make small changes which are presented in the table below.