Another hybrid character class which mostly focuses on the spell effectiveness and at the same time is able to deal damage with conventional weapons. The spells types make this class mostly a supportive one that can heal party members. This class can deal small damage with spells, but it places opponents under various effects that make eliminating them easier. Due to the importance of intelligence in case of this class, you should select Lizard for it.

Below you can find the starting parameters for this class. 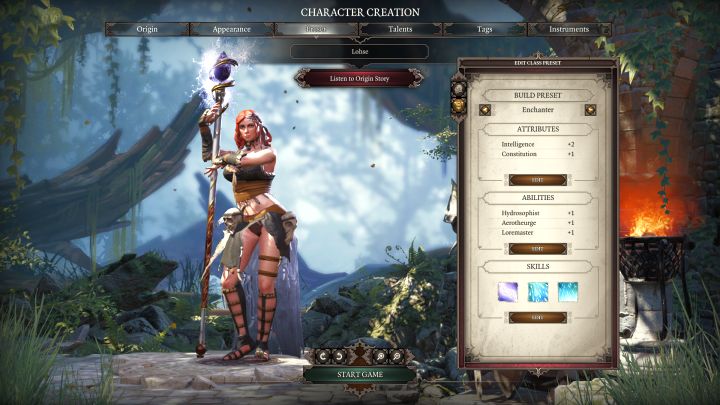 Enchanter in the class selection screen.

Far Out Man - Increased range of spells and the usage of scrolls.

Enchanter has access to two schools (Aerotheurge and Hydrosophist) which means that they can choose from 8 starting abilities. You should make small changes and select the abilities that are presented in the table below.