This page of the Divinity Original Sin 2 guide contains a detailed description of Cleric. You'll get acquainted with the basic information on this class, recommended playstyle, as well as its biggest advantages and potential disadvantages.

Cleric is a class that balances offensive abilities with skills that have positive impact on the condition of the whole team. He can be developed as a melee fighter or as a support character. In both cases his starting abilities will allow you to gain advantage over the opponents - especially since the recharge times aren't long. 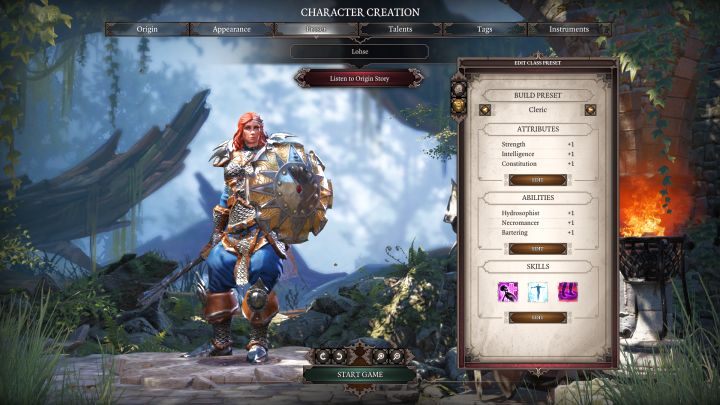 Cleric in the class selection screen.

Below you can find the starting parameters for this class.

In case of the Cleric two attributes were strengthened by default.

In the case of the Cleric, three abilities were improved:

Hothead - When the character has maximum number of health points, it has greater chance to deal critical damage and it has 10% bonus to attack effectiveness.

A Cleric has access to two schools (Hydrosophist and Necromancer) which means that they can choose from 8 starting abilities. All default abilities of this class are very useful - they allow Clerics to fight in close-in combat, heal their own wounds and support allies. Because of that you shouldn't change anything and use Decaying Touch, Restoration and Blood Sucker.