This page of the Divinity Original Sin 2 guide contains a detailed description of Battlemage. You'll get acquainted with the basic information on this class, recommended playstyle, as well as its biggest advantages and potential disadvantages.

Battlemage has a specific style, because you can develop him in one of the fields in which he specializes. Depending on the decisions that you have made, you can play as a character that specializes in melee and sometimes uses magic, for good measure, or the other way around. This class should be considered from the perspective of his race and needs of the party. 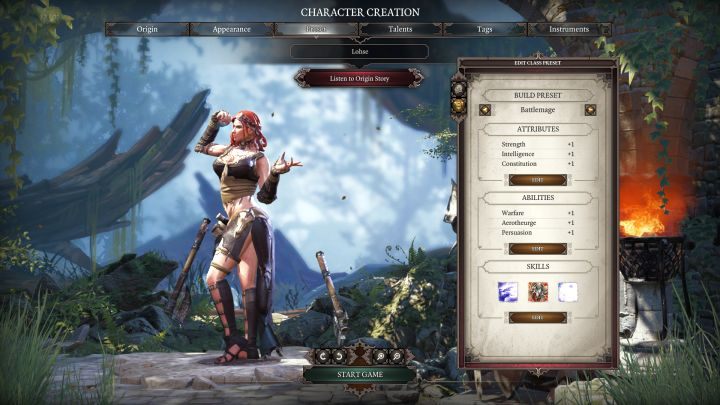 Battlemage in the class selection screen.

In the case of Battlemage, there are three attributes that have been strengthened by default.

In case of the Battlemage, three abilities were improved:

Comeback Kid - The character cannot be killed, for as long as he has 1 remaining HP.

A Battlemage has access to two schools (Aerotheurge and Warfare) which means that they can select from 8 starting abilities. However, a character with this class starts with the best available abilities so there is no point in changing anything. This will only lower this character's effectiveness in battles. Because of that you should use Shocking Touch, Battering Ram and Blinding Radiance abilities.