This page of the Divinity Original Sin 2 guide contains a detailed descrption of Witch. You'll get acquainted with the basic information on this class, recommended playstyle, as well as its biggest advantages and potential disadvantages.

Witch is one of the hybrid classes that combines features of an assassin (Scoundrel abilities) and a mage (Necromancer tree). Thanks to that, Witch can hurt enemies thanks to spells and, when a situation calls for it, they can get behind enemy's back and use a dagger to deal additional damage. This class can deal a lot of physical damage, curse enemies and summon monsters that will fight alongside your team. 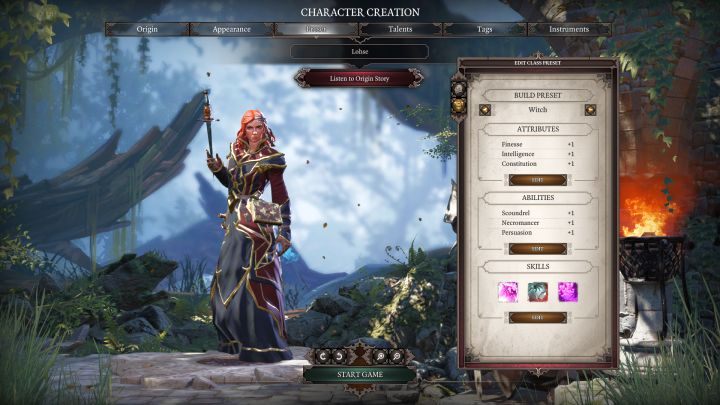 Witch in the class selection screen.

In the case of Witch, there are two attributes that are buffed by default.

In the case of Witch, there are four abilities.

Leech - allows you to regenerate your HP while you are standing in a puddle of blood.

A Witch has access to two schools (Necromancer and Scoundrel) which means that they can choose from 8 starting abilities. However, the default starting abilities are very useful and selected wisely - you shouldn't change them because this will only lower this character's effectiveness. Because of that you should use Raise Bloated Corpse, Chloroform and Mosquito Swarm.