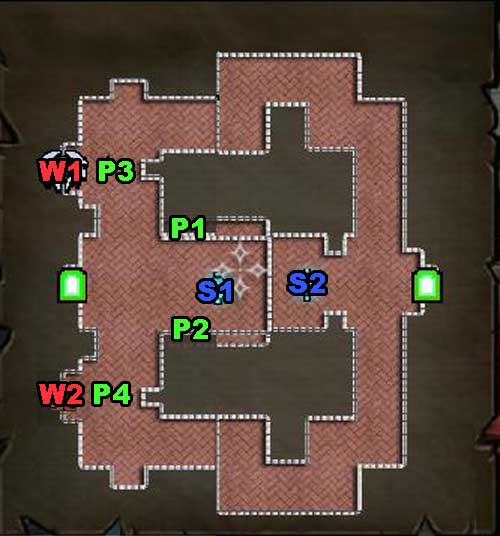 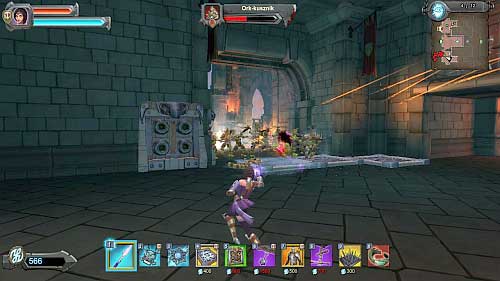 Place archers on two catwalks (P1, P2). From there they will be able to shooting at two entrances (W1, W2). Near entrances (P3, P4) buy mainly vents and sprayers. This will slow down orcs and archers will be able to quickly kill them (picture). Watch out for cobolds who can quickly get to the first rift (S1). To avoid that in front of the rift place some vents and sprayers. Normal orcs shouldn't be a problem but more trouble are with ogres. Use ice amulet on fire ogres and try to provoke frost ogres to attack you which will give a time for archers to kill them. If some enemies get to corridors leading to the second rift (S2) use portal to quickly get there and stop them. 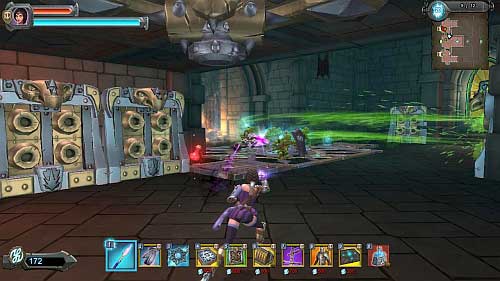 Set sprayers and coinforges in front of the entrances (W1, W2). For the rest of the money tap archers on the catwalks (P1, P2) and concentrate on eliminating gnolls because they can quickly kill bowmen. In the meantime set another sprayers and scorches in order to kill as many enemies on the coinforges as it possible (picture). Later buy haymakers under the catwalks with archers and under the ceiling at the bottom of the stairs on the left and right side of the map. After that buy another sprayers and watch out for gnolls, cobolds and ogres.