18 secrets can be found during Stage 6 - Phat Station: 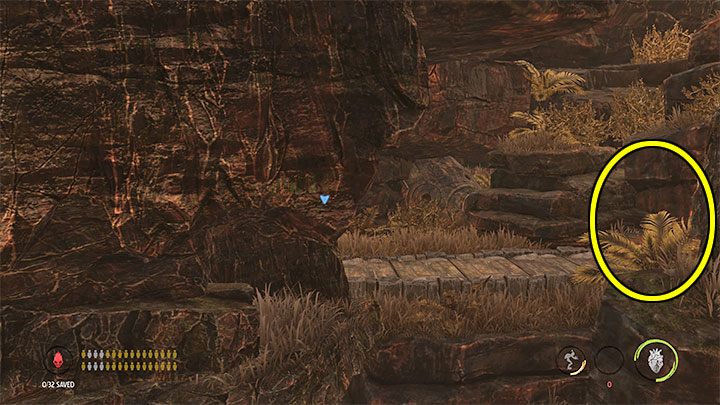 The first secret is available right at the start of the stage. Abe needs to head to the right. The collectible is hidden behind some rocks and bushes. 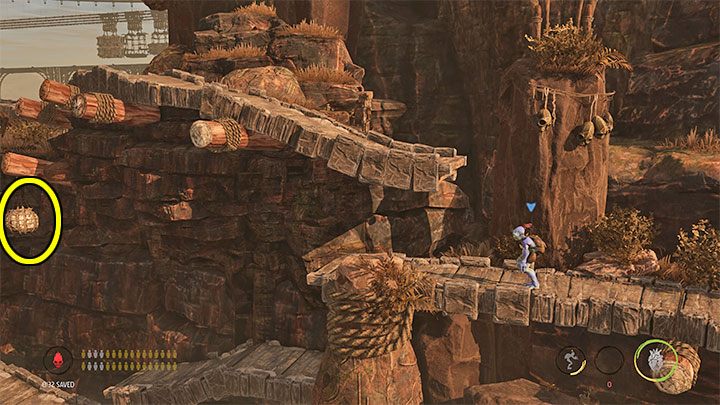 Early on in the stage, Abe can explore the lower path from the above screenshot. Double jumping and then hitting the rock sack marked in the screenshot will cause the rocks to fall out, allowing you to pick them up. 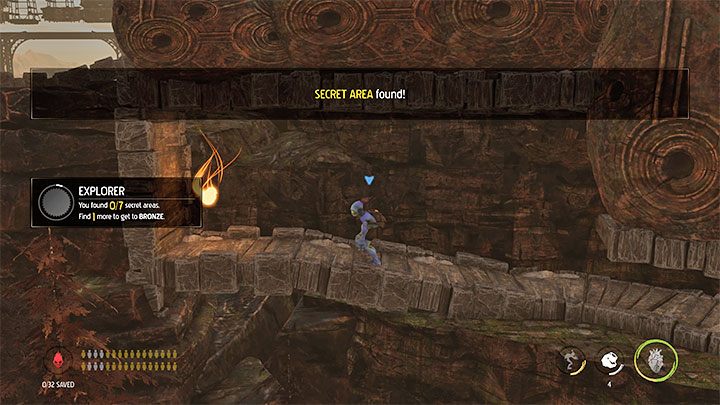 The rocks need to be used to destroy the mines in the narrow passageway to the left. This will allow our character to roll to the secret area where the Royal Jelly collectible can be found, as well. 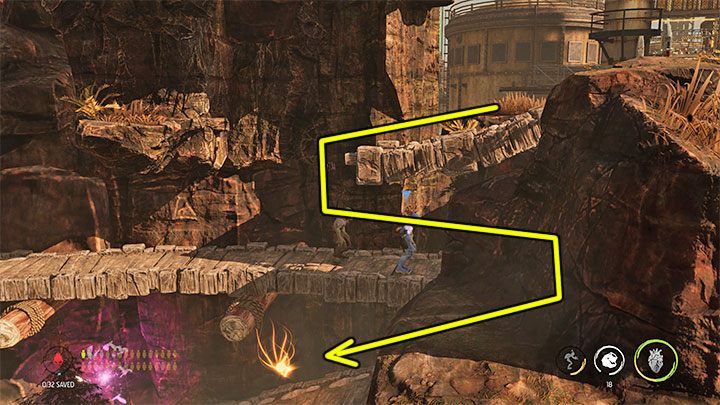 Both secrets are up for grabs after dodging a sniper for the first time by hiding in the steam. Abe will arrive at the section from the above screenshot. The main character must first explore the invisible area behind the rocks to the right to discover the secret area. Then, in the same spot, Abe needs to jump down to the lower path leading to the Royal Jelly (and the bird portal). 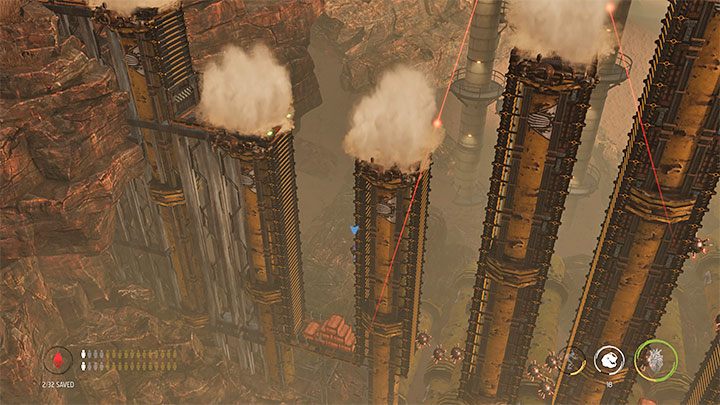 Both secrets are found in the same area, shortly after arriving at the location from the above screenshot in which Abe must subsequently jump on chimneys and hide in the escaping steam from the snipers. The main character has to initially go to the right. 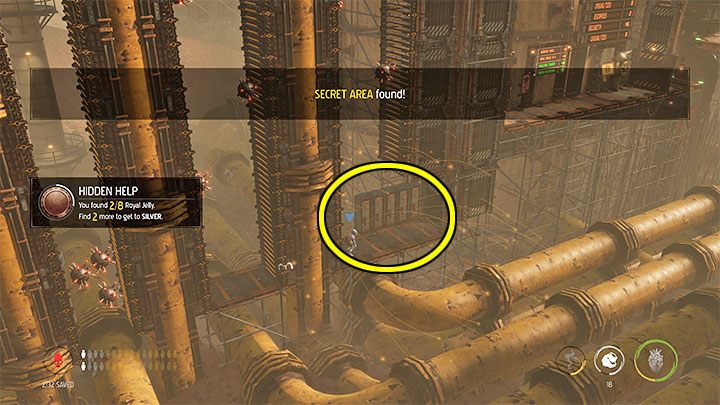 After reaching the last chimney, our character needs to head down for a change, which will require making very precise jumps to avoid colliding with the mines. The secret area is the location visible at the very bottom of the screenshot - the Royal Jelly collectible and cabinets with padlocks can be found there. 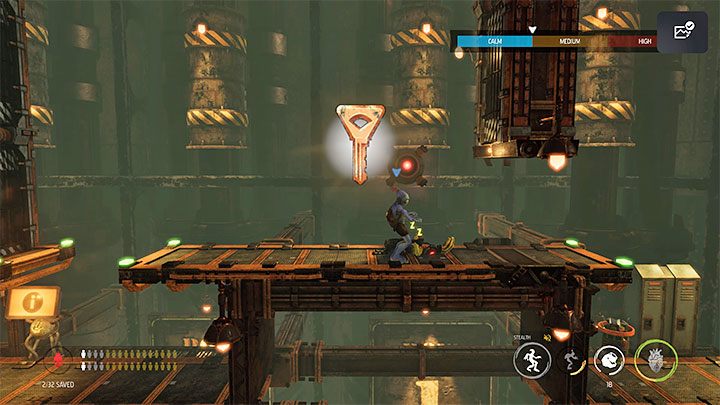 The key is found after entering the first building after bypassing the snipers in the section with chimneys, that is, after reaching the Tank Row 1 location. Abe will encounter the sleeping Slig from the screenshot and he will have the option to pickpocket them. 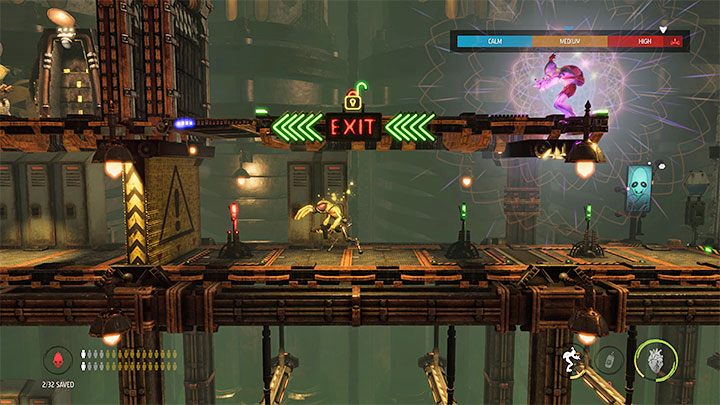 Both secrets can be easily missed. While exploring Tank Row 1, the main character will eventually reach the location from the above screenshot. Here you need to possess the Slig, then go to the right and use the elevator that Abe rode earlier. 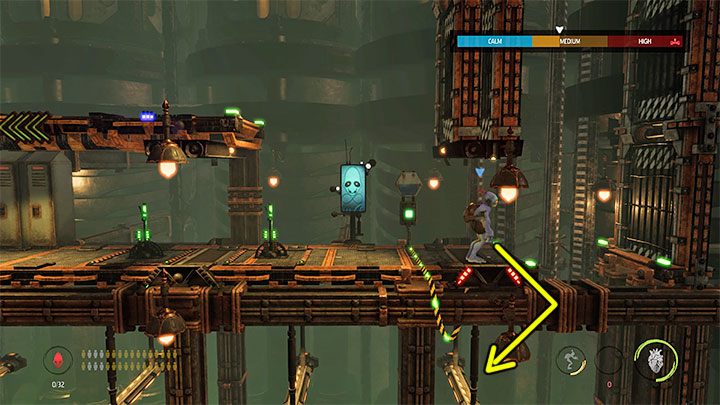 Since the elevator went up, the opening from the screenshot will become accessible. Abe can grab the bars and use them to reach the bottom platform. This is a secret area containing a Royal Jelly collectible. 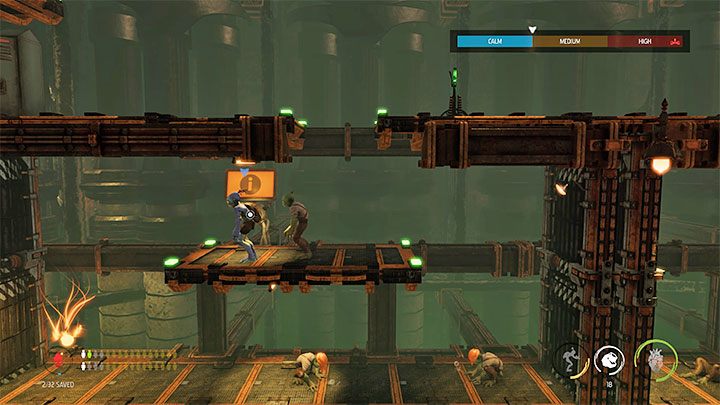 The secret is in the Worker Jail, which is a prison for Mudokons. Levers are used to release them. After pulling the first lever, Abe has to jump down to the area with his allies. The collectible is on the left. 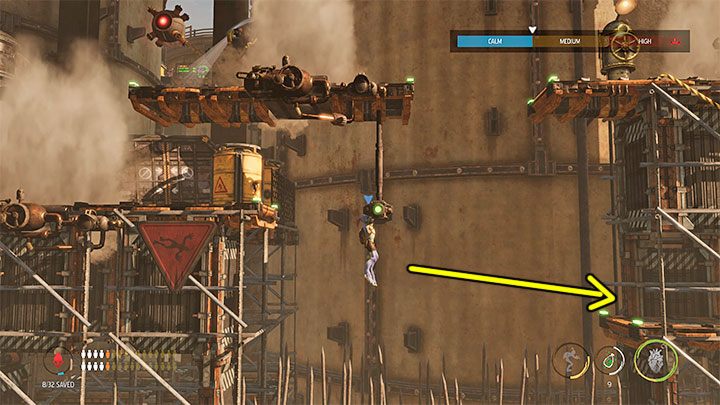 Both secrets can be found soon after using the mobile platform for the first time, at the start of the Tank Row 2 section. The main character must pass through the area with steam and enemies. Abe has to grab onto the bar shown in the picture and make a double jump to the right. 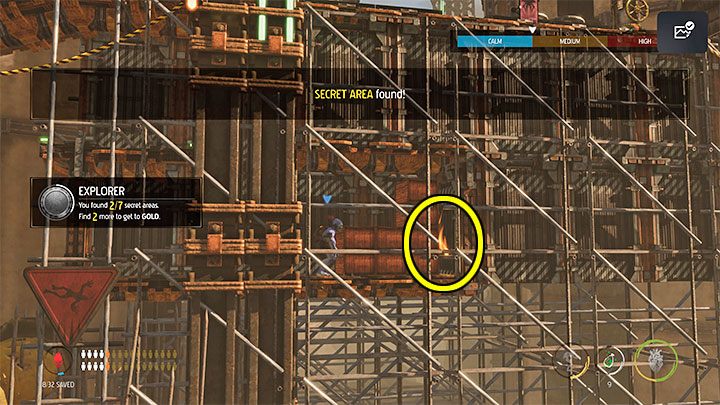 Once he finds himself under the main path, Abe will discover a secret area. There's also a Royal Jelly here. 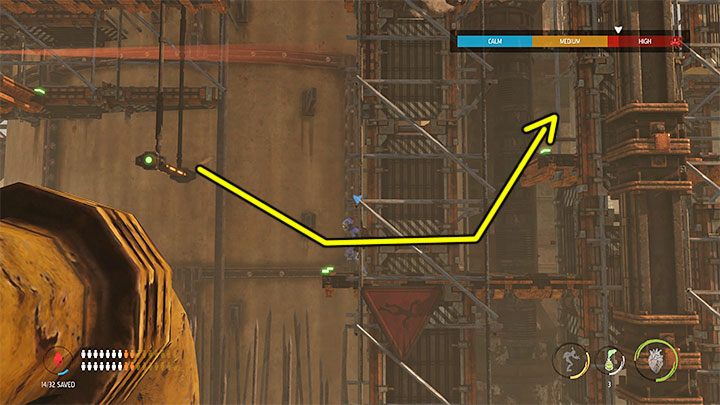 Both secrets are found in the final part of the Tank Row 3 section, specifically in the area with steam and work wheels. When passing through this location, search for the bar shown in the screenshot at one of the lower footbridges. Upon grabbing it, Abe will be able to double jump to the right. 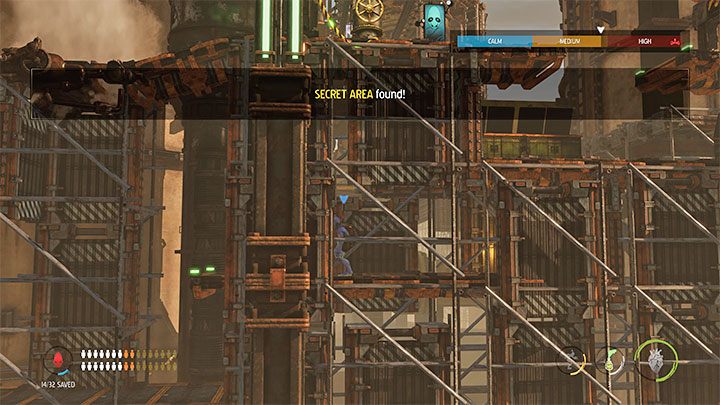 The secret area and the Royal Jelly collectible are under the working wheel from the main path. 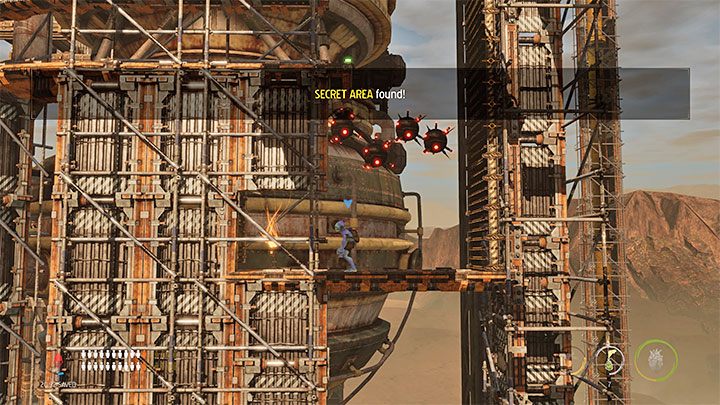 Both secrets can be found soon after using the mobile platform for the last time and reaching the base of the Fueling Tower. Abe needs to go to the right, then use the ladder to climb down while avoiding the mines. The secret area and the Royal Jelly collectible can be found on the lower balcony. 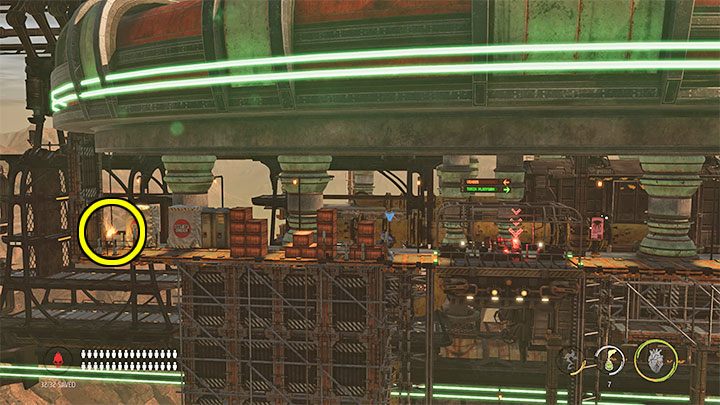 The last secret is obtained just before the end of the stage. After reaching the platform at the top of the Fueling Tower, Abe must first go to the left. The collectible is marked on the attached screenshot and you will need to destroy a few crates on the path to reach it.