On this page of the Oddworld Soulstorm game guide page you will find various tips on sneaking. Among other things, we explain how to avoid being detected by active and sleeping opponents, what to do when detected, and how various objects and skills can help you to remain hidden. 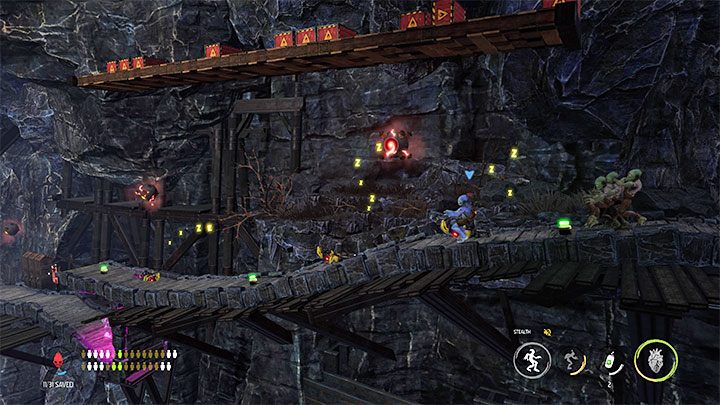 In Oddworld Soulstorm, there is a separate button for sneaking - L1 in the PS4 and PS5 versions. Pressing and holding this button ensures that the surrounding enemies won't be able to hear us. 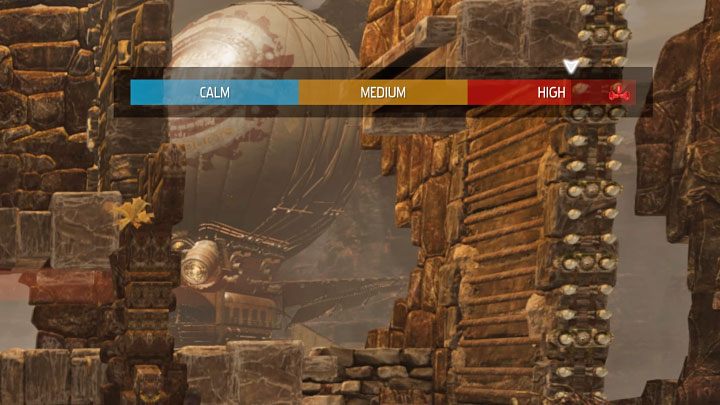 In areas with opponents present, the enemy alertness bar will appear in the upper right corner of the screen. It has three levels:

If the alertness bar reaches the yellow or red level, it's a good idea to hide and wait until it drops down again. Once it reverts to the blue level, the enemies will stop searching and return to their previous activities. This often occurs in locations where an alarm blocks the exit from the room. When this happens, we'll have to wait in secret until the situation calms down. 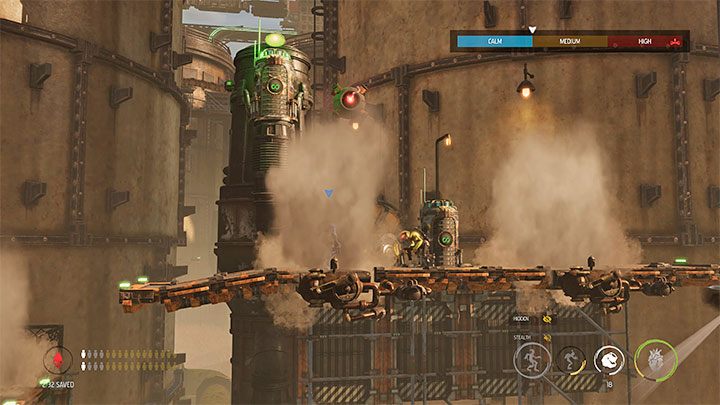 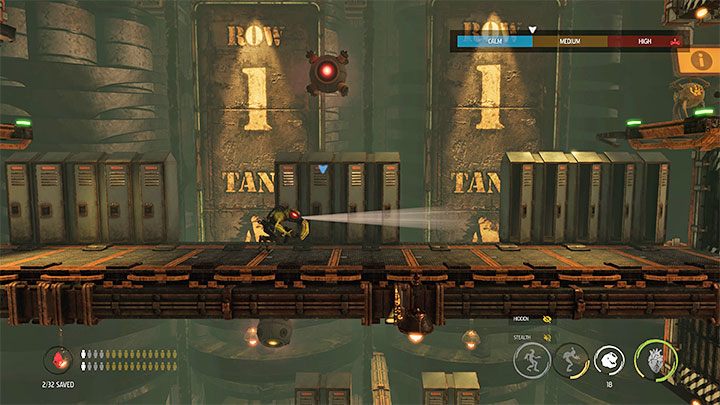 In most levels, we can avoid opponents by walking along the platforms located below or above their current location. This will allow us to move on without having to eliminate or distract the Slig in question.

Some missions may include additional special methods to avoid detection. Abe, for example, can hide in lockers or stand in areas producing steam that blinds his enemies. We have included these unique techniques of staying hidden in our walkthrough of the game. 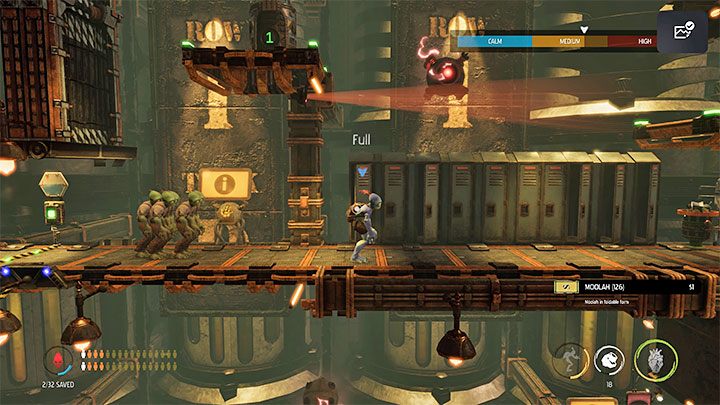 Cameras and enemies patrolling the area always have a set movement or behavior pattern. It's a good idea to stay in one spot for a short while to familiarize yourself with the area and then continue on when it's safe. We may also attempt to scout by using Chanting. All this will reduce the risk of being detected or committing some other serious mistake.

Skills and gadgets helpful in sneaking 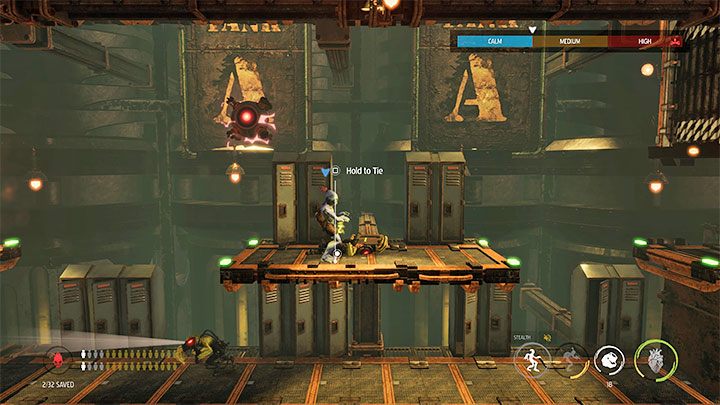 Abe in Oddworld Exodus has the very useful ability to tie opponents up with tape. This method allows you to neutralize the opponent without killing him, but unfortunately it has some limitations:

Additional hint - we can also pickpocket stunned / tied up enemies. We have described this in more detail on the Pickpocketing - how does it work? page. 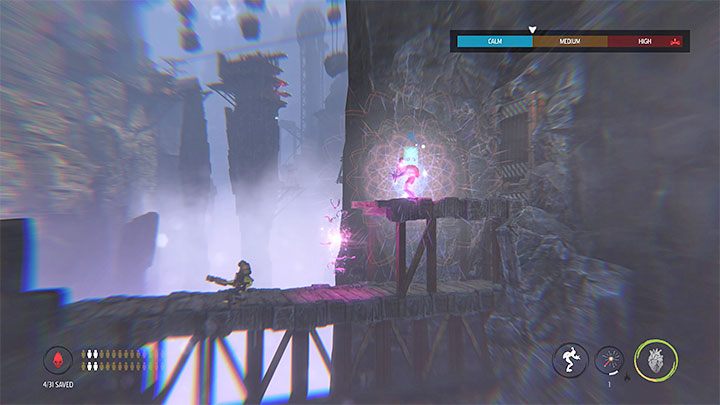 Another useful way to prevent opponents from noticing Abe is by using the possession ability, which is available from the very start of the game. Abe can use possession on the intelligent Sligs and it has several main uses:

Possession does not consume any resource (such as mana), but it's not possible in locations with Chant Suppressor devices. In these areas, we have to rely on other techniques or try to move far away enough from the Suppressor. 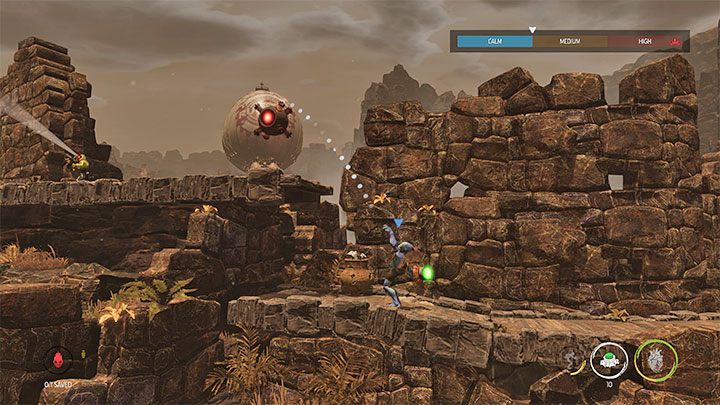 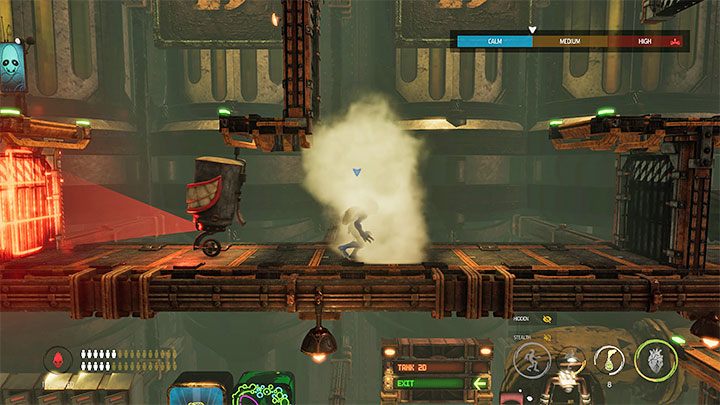 During the game, we can find gadgets which can be used to blind or stun our opponents. The most important of them are:

Detection - what to do? 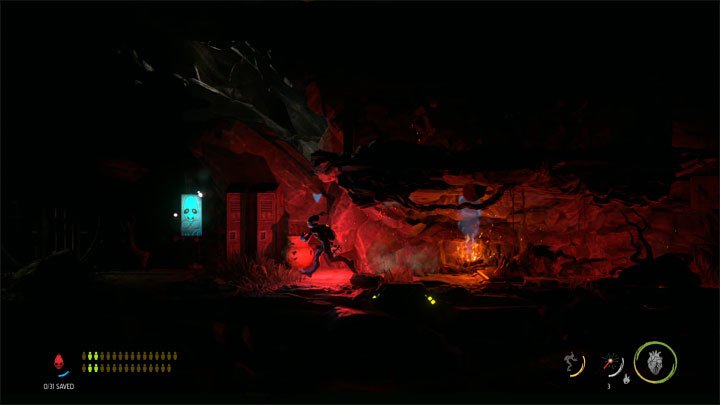 The only correct response to being detected is to immediately bolt it, and this is because Abe can die very quickly if, for example, he is shot by Slig or caught by a Slog monster. Use sprint while escaping and look for areas containing upper platforms that we can jump to or lower platforms we can jump down on. 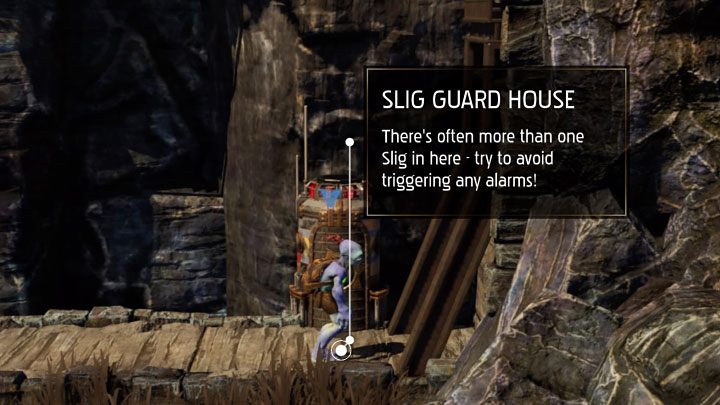 In some locations, a triggered alarm might summon reinforcements - this happens near guard stations similar to the one in the picture. A number may be displayed on the station indicating reinforcements reserves, while an infinity sign means that reinforcements will respawn continuously to replace any eliminated opponent. In locations such as these, we must avoid detection and reaching the red alertness state at all costs.