This unofficial guide to the video game Observer contains detailed walkthrough for the game, which describes all steps that are necessary to finish it. The guide includes information on how to complete subsequent sections of investigations, find and examine material evidence, interrogate non-player characters and play through the mind-hacking sequences. The walkthrough of the main storyline is complemented with descriptions of side cases as well as the locations of secrets (collectibles).

An important section of this game guide is the guide to Observer trophies. Apart from the description of all unlockable achievements it also offers a suggested step-by-step plan of unlocking them, which aims to prevent you from missing a trophy and therefore having to replay a large portion of the game. The whole is complemented by a chapter offering a slew of basic hints and pages that discuss the controls and system requirements.

Observer is a psychological horror played from the first-person perspective, in which you are taken to the year 2084 and assume the role of the eponymous Observer. The game's main hero, Daniel Lazarski, is a neuro detective able to hack into minds of suspects and thus retrieve unique information, much helpful in solving criminal cases. The game itself puts much emphasis on exploration of environments and examining crime scenes. Apart from the aforementioned ability to hack into people's minds, the detective can make use of several futuristic gadgets, such as a bio scanner, which analyses human tissue and blood stains. 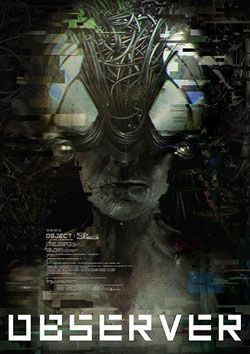 First-person psychological horror from Polish development studio Bloober Team, known best for another horror game, entitled Layers of Fear. Observer is set in a cyberpunk universe, in Cracow of 2048. In the game you play as Daniel Lazarski (starred by Rutger Hauer, known from the film Blade Runner), a detective able to hack into peoples minds. The games story starts when the main hero gets a letter from his missing son, who turns out to be a high-ranking engineer working for a powerful corporation. The protagonist picks up an investigation that takes him to the slums of Cracow and forces him to relive dark memories and nightmares of both criminals and their victims.

Observer Game Guide is also available in our Mobile App This site is not associated with and/or endorsed by the or Bloober Team. All logos and images are copyrighted by their respective owners.