On this page of our guide to Nioh 2 you can learn how to successfully defeat a boss named Kashin Koji, whom you may have seen many times in the cutscenes and story interludes. 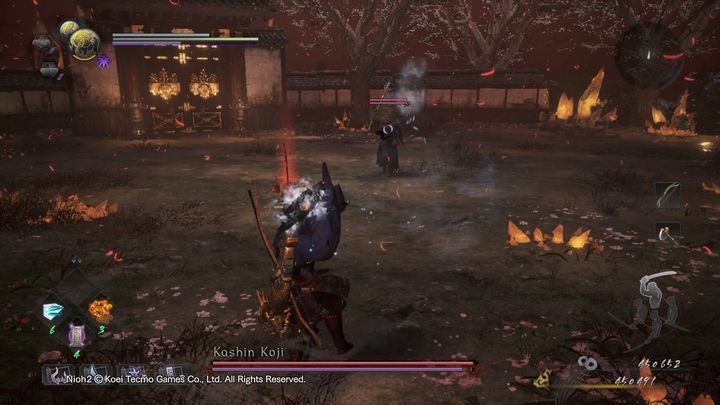 What you need to know about Kashin Koji is two things. First, the battle takes place immediately after you defeat Tokichiro with your current level of health and the items used. If you die, you'll restart from the point when you're fighting Kashin Koji - you don't have to duel with Tokichiro again. The second thing is that by defeating Kashin, you actually start the second phase of the boss fight. So don't think that if you drop his health bar to zero, you've already won. In addition, Kashin uses mainly ranged magical attacks as his primary fighting style, but he also keen on melee combat. He uses teleportation and clones during the battle, which may suggest that this fight is very difficult. Remember that when you attack a clone once, it disappears and will not disturb you until the boss summons more clones.

Kashin Koji casts spells and performs various magical attacks when he is close to you. One of them is a spell that summons the lightning that surrounds the boss. Lightning is created near the ground and after a short while it will strike from the sky. When you see an electric field forming under Kashin Koji's feet, step away from him as soon as possible. 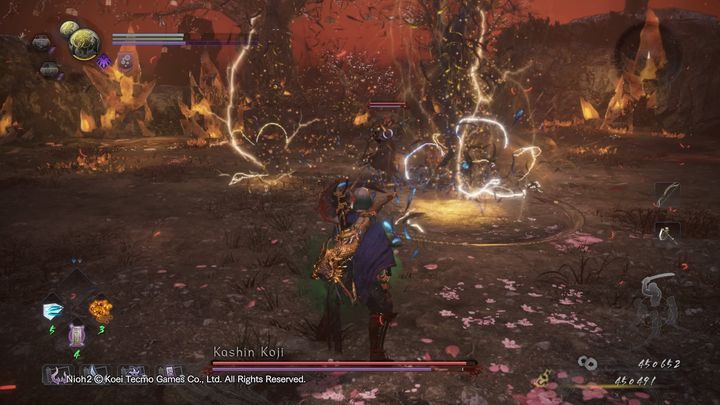 When Kashin raises his weapon, a black matter of souls will begin to emerge from it. These souls will follow your character (clumsy enough, but nevertheless, they can be dangerous). When you see that he is about to perform this attack, it is worth to stand behind Koji and attack the boss from the back. 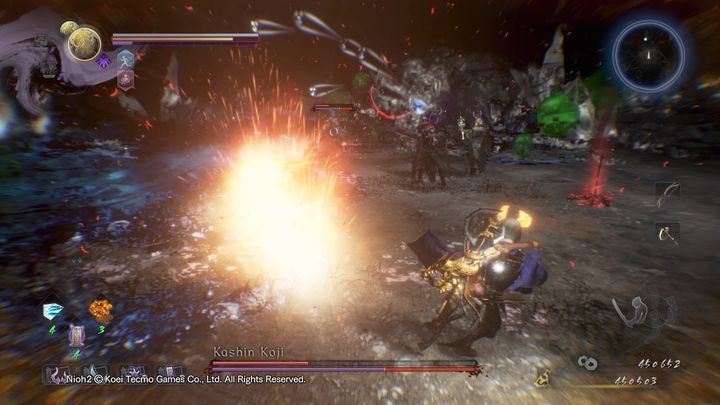 With his staff, Kashin can summon a fiery wave that will fly towards you vertically across the ground. This attack is very easy to avoid, just make a side-swipe and jump to the left or right.

When you get close to the boss, he can attack you up to four times with his weapon. Avoid these attacks by jumping back, or just block them. In addition, Kashin can make a grip that is indicated by the traditional black and white flame produced in his hand. 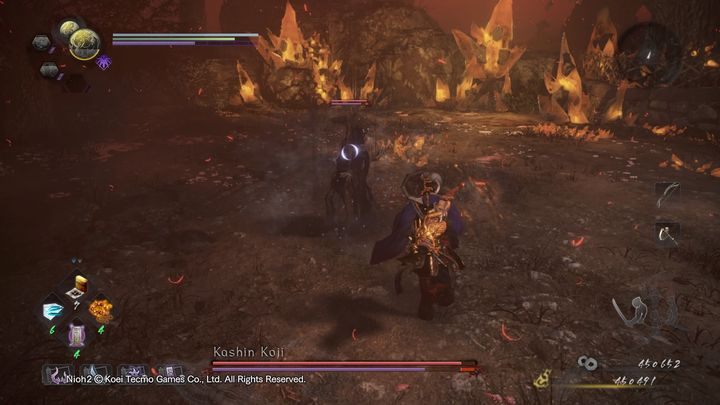 When he sticks his weapon in the ground, he'll probably move up and launch an attack from the air. When you notice him in the air, make a quick dodge sideways or backwards. This is a good opportunity to attack him a few more times, because the animation takes some time.

Kashin can also summon poisonous bullets that fall to the ground and leave a field that may poison your hero (after staying too long in these spots). 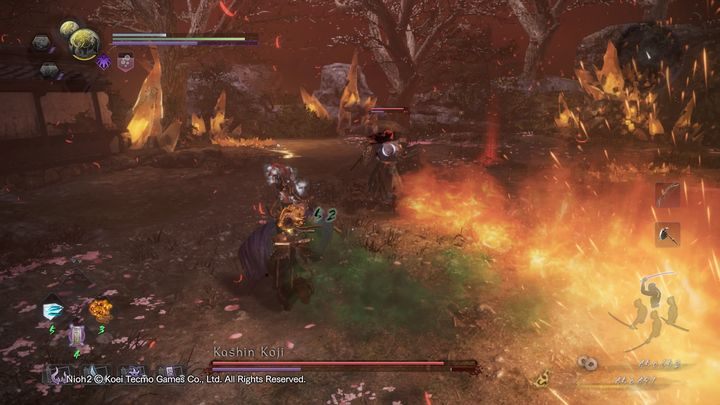 His Burst Attack consists in summoning a huge, frost sword. This skill takes a while before it attacks you. Try to wait for the moment when it attacks you and perform a Burst Counter. You're going to inflict a lot of Ki damage by doing so. Wait for the moment when the enemy Ki bar drops to zero. Then strike him with everything that deals the highest amount of damage. 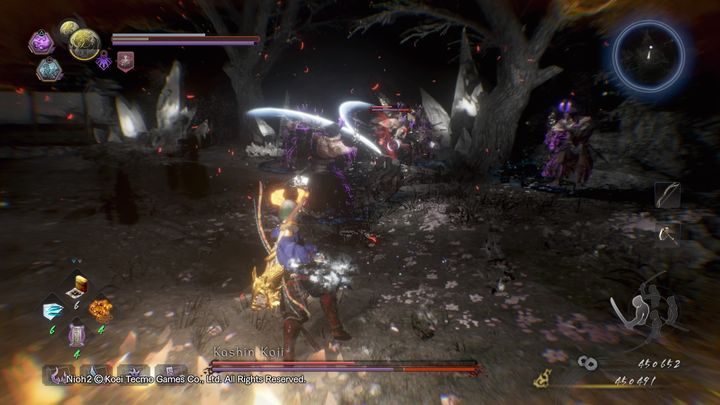 Kashin Koji can summon the Yokai land. In it, the boss gains a higher attack speed as well as higher movement speed. His sword attacks are much faster, and he can stand still and swing his sword. Be careful when he teleports, because then he can make a grab right in front of you. 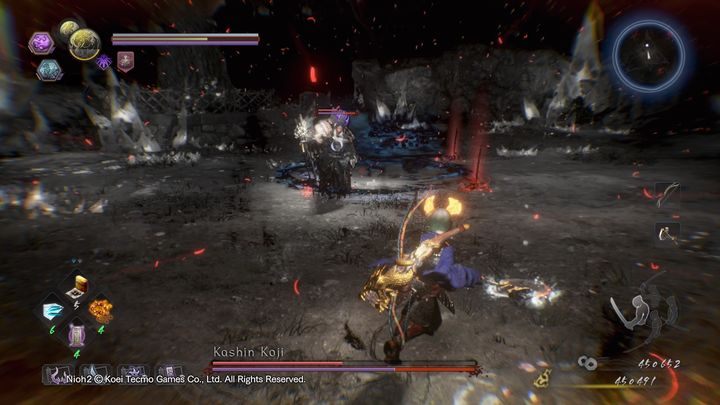 In the Yokai land, Kashin can also create up to several copies of himself, each of which can perform a magical or physical attack that Kashin Koji has performed. It is better not to move away from Kashin, because then you have a higher chance that he will take advantage of this movement, and it is very annoying. It's worth remembering that just one attack can destroy a clone. However, this can be difficult to perform, as Kashin sometimes summons a lot of them, making the entire arena filled with them - you are attacked simultaneously by various attack types such as ghost, toxins, fire, and electricity.

In the second phase, when the boss is defeated for the first time, Kashin is reborn with a full bar of health. The main difference is that he uses much more ghost attacks. Moreover, in the land of Yokai, Kashin can benefit from an attack which resembles a rain made of swords. Watch out for this attack as it inflicts very heavy damage. Run away if you notice it.