The following guide to NiOh 2 contains a comprehensive set of tips and information about the second installment of the soulslike game series that was launched in 2017. NiOh 2 was developed by the Team Ninja Studio. In our guide you can find basic information that will help you to successfully complete this title and delve into 16th century Japan.

The guide is divided into four parts. The first one is a complete walkthrough for the game. Inside, you'll find walkthroughs for all main and side missions that appear in the game. Moreover, this part of the guide contains descriptions for all boss encounters. Among them, you'll find Mezuki - a powerful horse, or catlike Kasha.

The second part of the guide answers questions that may arise during the game. Among others, you'll discover how to heal your hero and where to get the items needed for healing. You will also learn the in-game mechanics you can use at a shrine, such as Bazaar and Kodama blessings. This section also has a page on how to get gold. You can also learn how long it will take you to complete the game.

Third part of this guide contains a description of the mechanics implemented in the game. This section contains a variety of information regarding basic and more advanced elements of the game You will learn about, for example, the character creation process and see what abilities you can develop. You will also find information about Yokai Shift, and discover the role of death.The final part of the guide is an annex which contains a trophy guide and control layouts.

NiOh 2 in a nutshell

The story depicted in NiOh 2 shows the events that took place before the story presented in the first installment. Once again, you're going to return to an alternative version of Japan from the Sengoku period (XV-XVI century). Apart from wars, this country is also plagued by yokai, that is, demons and monsters deriving from the local mythology.

NiOh 2 expands the mechanics known from the previous part of the series - while observing the action from the third person's perspective, you focus mainly on fighting opponents, among which you will also find powerful bosses.

During the combat you will mainly use melee weapons. However, you will also find some ranged and projectile-based firearms in this title. While taking part in the battles you should carefully watch the movements of your enemies, use quick evasive moves and launch instant counterattacks. In addition, NiOh 2 also introduces the possibility of turning into Yokai, which unlocks access to new skills.

Check this page to learn more about the gameplay.

On the day of its release, NiOh 2 will be available only for PlayStation 4. The PC version has not been officially announced. The previous part of the series was also released on the Sony console first. An edition for PC was released a few months later. Therefore, it is possible that NiOh 2 will share the same fate.

Is there a multiplayer in NiOh 2?

In NiOh 2 you can have fun in a co-op mode that can be played by up to three players. To activate the coop mode, approach any shrine found in the game world. When you interact with it, you can summon another player into your game. On the other hand, if you decide to play alone, you can take advantage of friendly spirits controlled by artificial intelligence. You can summon them by placing blue swords in the ground. 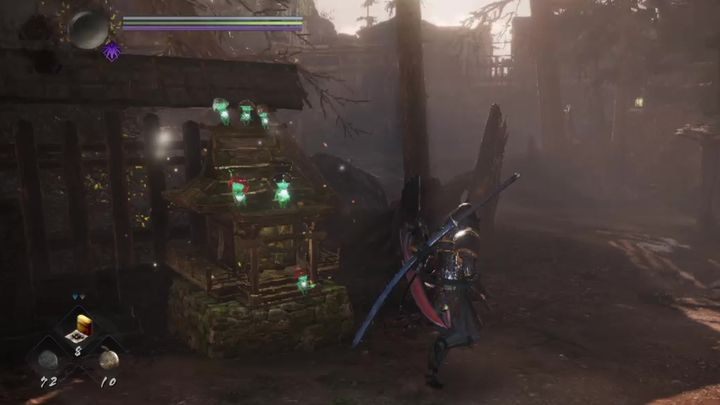 Does NiOh 2 offers a tutorial?

Yes. You can enter the tutorial after each death. Once you enter it, you can train as long as you see fit. When you decide to leave the tutorial, you'll spawn next to the last shrine you've activated.

Can I play NiOh 2 without the Internet connection?

Yes, you don't need an Internet connection to play the story campaign.

There are a number of items in NiOh 2. Some of them will be given as a reward for completing a mission. The rest of them are dropped by killed enemies or found in chests scattered around the world. The game has items rarity system which uses five color:

NiOh 2 contains a lot of bloody combat. As a result, the game is an adult-only (18+) game. This means that the game is not intended for a younger audience.

NiOh 2 is a rather challenging game. It is characterized by a high entry level that is kept throughout the entire game. All thanks to the advanced artificial intelligence of your opponents and extensive combat mechanics that require you to master many different moves. Since the game is intentionally hard, it doesn't offer the option to change the difficulty level.

Is NiOh 2 a challenging and difficult game?

Like the previous part of the series, NiOh 2 is a game similar to the Dark Souls genre. In other words, this means that this title has a quite high level of difficulty, especially during combat.

Apart from the basic version of NiOh 2, the developers have also prepared two special editions. Their contents are as follows: 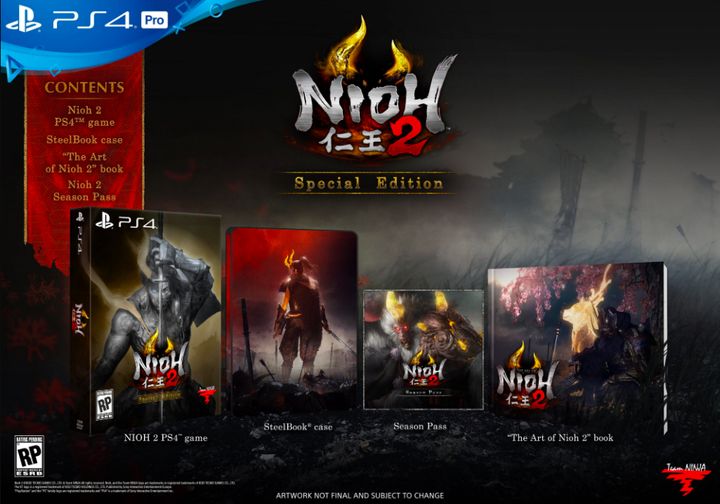 It is available in a physical version and in addition to a copy of the game (including the season pass) it includes a steelbook and artbook.

This edition can only be purchased digitally. This edition includes the following items and bonuses:

If you pre-order the game before the official release, you will receive the following bonuses:

Control plays an important role in soulslike productions. Below you will find the basic control scheme.

More About NiOh 2: The Complete Edition

The dry spell is over! March will bring an expansion to The Division 2, test our patience with Ori and the Will of the Wisps and NiOh 2, and then let us vent off killing demons in Doom Eternal – and that's just the tip of the iceberg!

It's time to make an overview of the most anticipated RPGs of 2020. This year will be filled with various types of role-playing titles. Anyway, we already know what you are waiting for.