This page of the NiOh 2 guide has a strategy for Tokichiro (final form) - this is the second fight with this boss. 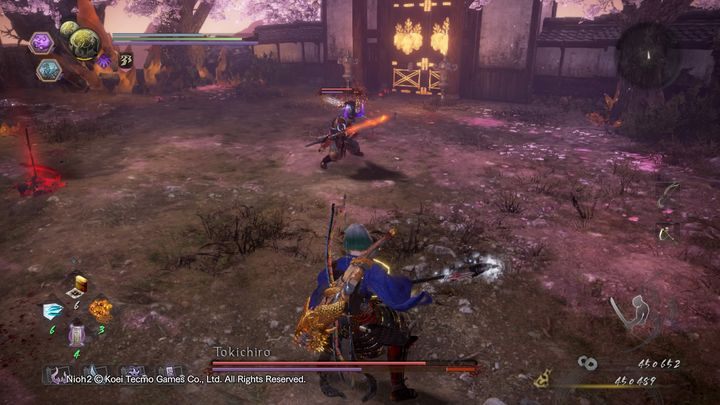 Tokichiro's moves have been slightly improved, and he is more aggressive compared to his previous form. However, in most cases, this is the same Tokichiro you fought before. The main difference is the Yokai Realm which gives Tokichiro new moves and makes him very dangerous.

Zostana tu omówione ataki, które zostaly dodane badz znacznie sie róznia wzgledem poprzedniej wersji. The rest of the attacks, which were not mentioned, are the same, or very similar to the previous battle with Tokichiro.

It should be mentioned that this time he uses two elements at once, electricity and fire. Depending on which sword he is swinging, expect a ranged cut attack flying towards you that has a particular element. 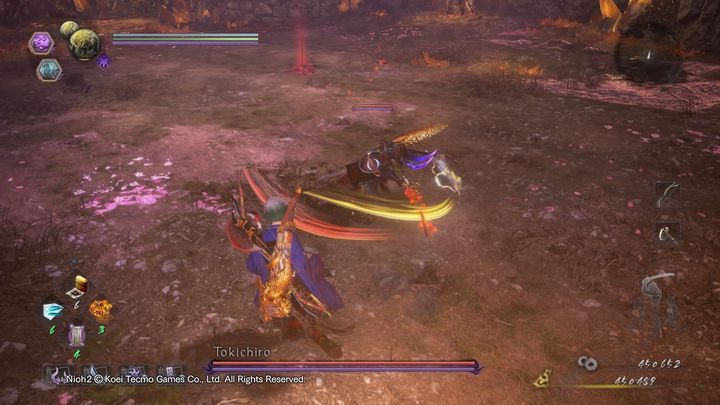 Tokichiro will mainly fight with you in Yokai land. In it, his swords turn into one type. By fighting with electric swords, he can cause a lightning strike from time to time. Therefore, watch out for places where a lightning may strike. In addition, he can make several cutting strikes, each time moving in a different direction. Then it's worth to move away from him in order to block these attacks. 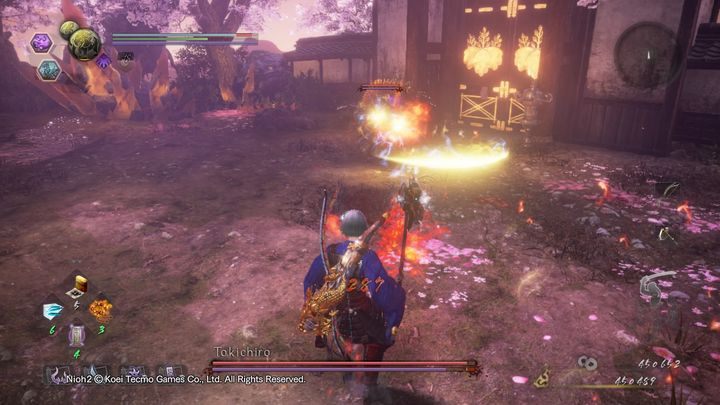 By fighting with a fire sword, Tokichiro can fire a powerful wave of fire at you, but this attack is vertical, making it easy to avoid. Then he fires five waves at you, one straight ahead, another four diagonally. After that, he leaves a few fire traps, which explode after a while. 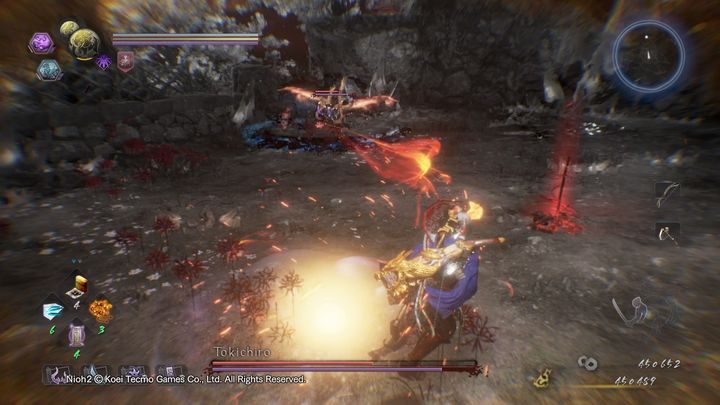 Tokichiro also possesses several Burst Attacks. If he uses electric swords, his Burst Attack consists in hammering and sticking two swords into the ground. It will cause an electrical explosion over a short area, which can have a slow-down effect on you if it fills up. In contrast, a fire-type Burst Attack consists in sticking just one sword in the ground that spreads a fire over a slightly larger area. So when you notice this attack, step back from Tokichiro and attack as soon as the fire goes out. 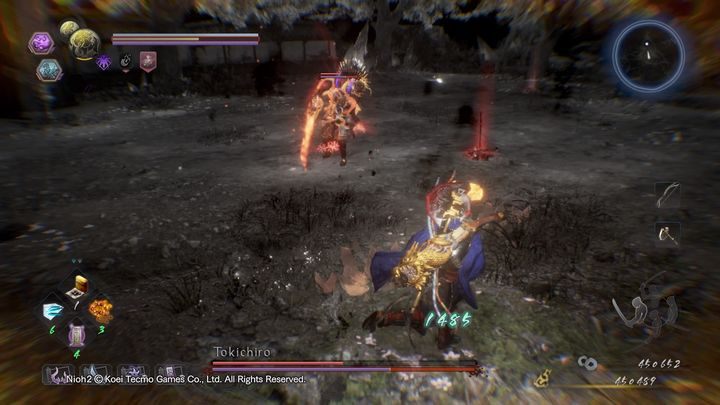 When fighting him, it's best not to give him a chance to attack, because, as in the previous version, he will mainly cover himself with swords and defend himself without launching any attacks. Try to attack him from behind to inflict as much damage as possible.