This page of the NiOh 2 guide has a strategy for Maeda Toshiie, one of the bosses. 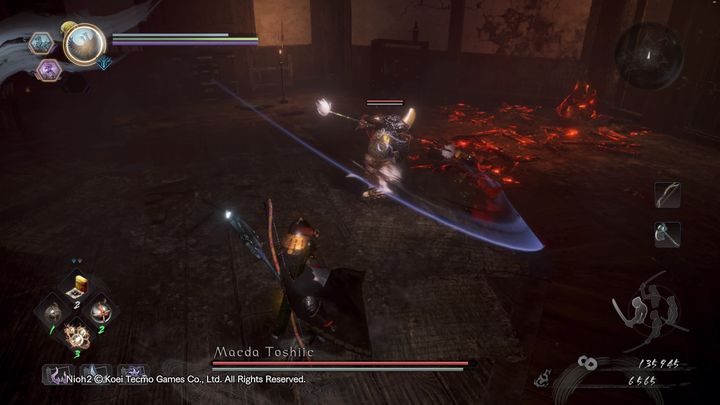 Maeda Toshiie is another human boss. He uses a spear and is also able to summon fireballs and apply a fire buff on his weapon thanks to his guardian spirit. Like any human boss, it is much easier to deplete the boss's stamina bar to zero and execute a powerful finishing attack.

Fighting Toshiie looks similar to fighting a spear-wielding NPC. His main attacks are based on skills you can learn when fighting with a spear. In addition to basic attacks, Maeda can run towards you while swinging the spear vertically. Try to get out of his way - dodge to the side and attack him from behind. 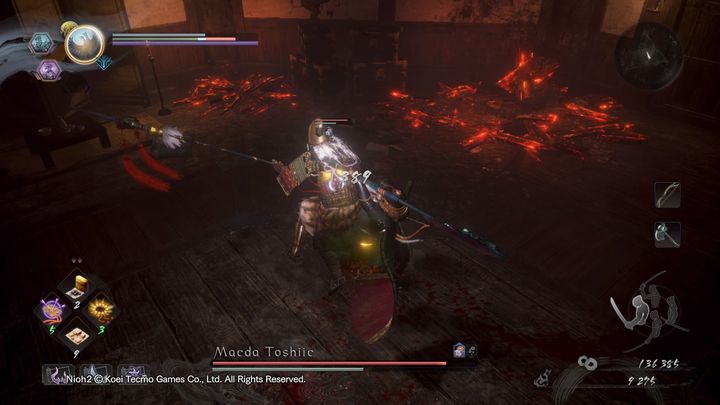 In addition to the basic combo, in which he attacks three times in a row, Maeda can also stand still and start thrusting his spear towards you at very high speed, performing a dozen attacks at a time. This attack goes in a straight line, so you can dodge it and get behind the boss. 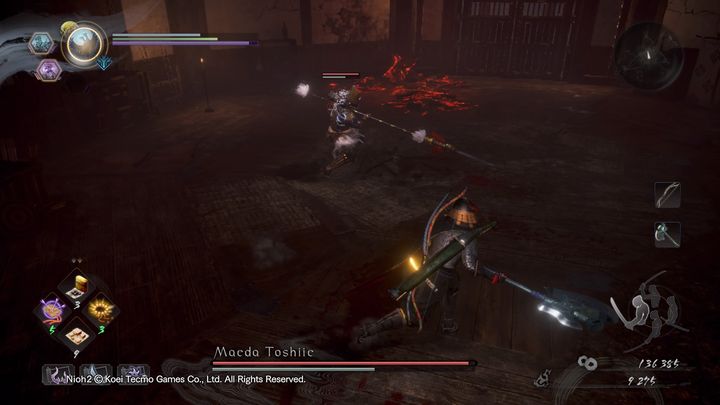 Maeda Toshiie often covers his weapon with fire - try to wear armor with good fire protection. He can also shoot five fireballs at you. They have poor player tracking - it is best to run in one direction and then the other because they will have trouble following you. 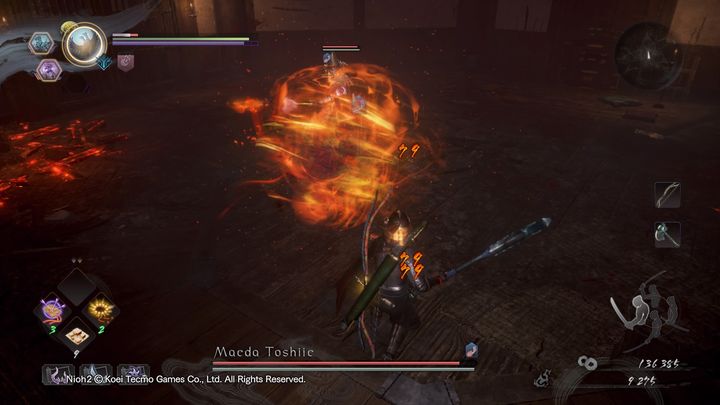 It is worth waiting for his attacks and using his mistakes to your advantage. You should also put pressure on him with constant attacks - you will force him to defend and keep draining his stamina. Do that, and you will be able to perform a powerful finishing attack.