This page of the NiOh 2 guide has a strategy for Ryomen Sukuna, one of the bosses.

Ryomen Sukuna is a boss who can switch between two combat modes: melee and range. In the boss arena, there are many crystals that, when destroyed, give elemental buffs to weapons - red give you fire; blue give you water. The orange form (melee) is vulnerable to water, while the blue form (range) is vulnerable to fire. In addition, as you can probably guess, the orange form attacks mainly with fire and blue with water. You should stay close to the boss - if you keep your distance, he will change to the blue form and start shooting you.

The orange form relies mainly on close-range attacks - the boss usually performs a series of three swings. These attacks can often be easily dodged by staying very close to the boss. You can even use this opportunity to attack, however, be prepared to receive some damage in the process. In addition, if you move away a bit, the orange form can shoot fireballs at you, this is one of the few range attacks of this form. 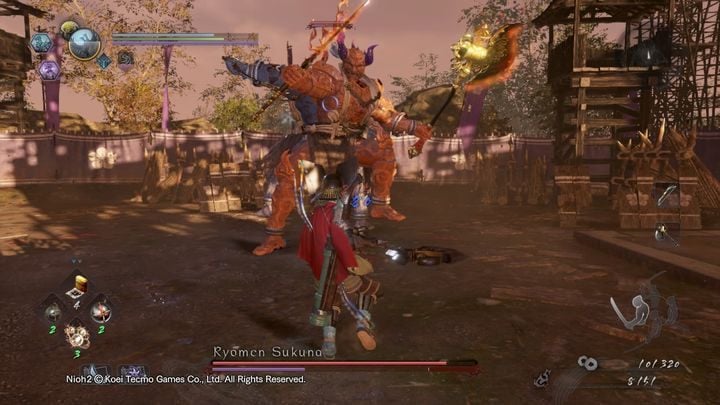 Ryomen Sukuna (orange) can also use Burst Attack during which the boss starts to spin around its own axis at high speed. This attack inflicts heavy damage but is very easy to counter with Burst Counter. 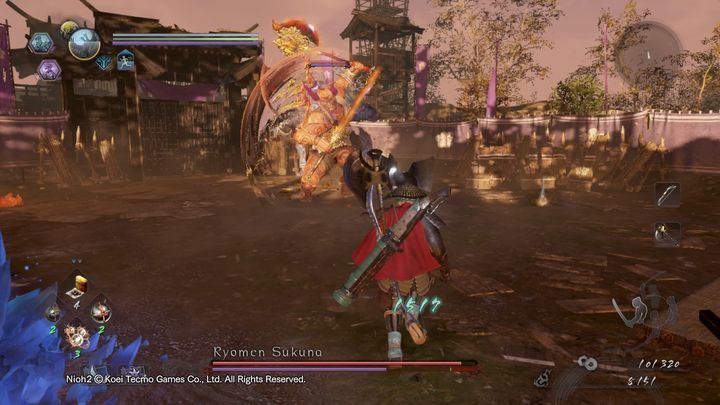 The blue form, on the other hand, specializes in ranged attacks with a frosty bow. If your distance is too great, the boss will fire up to three shots with a slight delay. That's why it is important to be very close to him. To avoid shots, it is best to run sideways rather than dodge, as the shots are very fast. 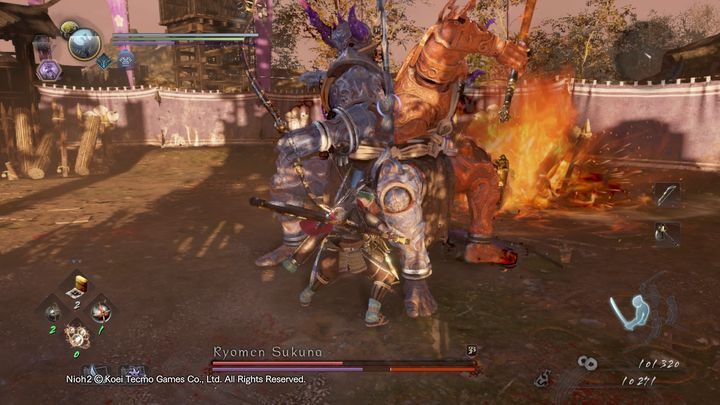 Ryomen Sukuna can also summon three spirits that will slowly move towards you and explode upon contact. Run around the arena rather than dodge.

He also has its own unique version of Burst Attack, which cannot be countered. He spins in place, firing multiple arrows. It is best to keep your distance and block the shots. If you don't, this attack can kill you even when you have the full health bar. 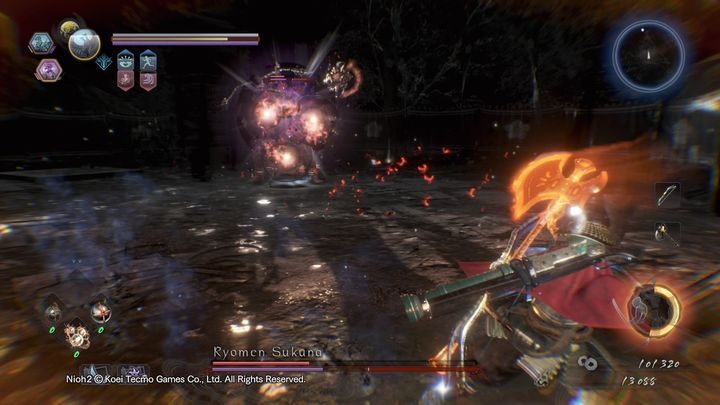 When his stamina bar drops to zero, or the fight drags out considerably, he will activate his transformation and create a Yokai Realm. At this point, Ryomen Sukuna can use two forms, orange and blue, simultaneously. When the orange attacks, the blue assists him from a distance. However, it is worth keeping a close distance and provoking the boss to use a Burst Attack - you will inflict him a lot of Ki damage. 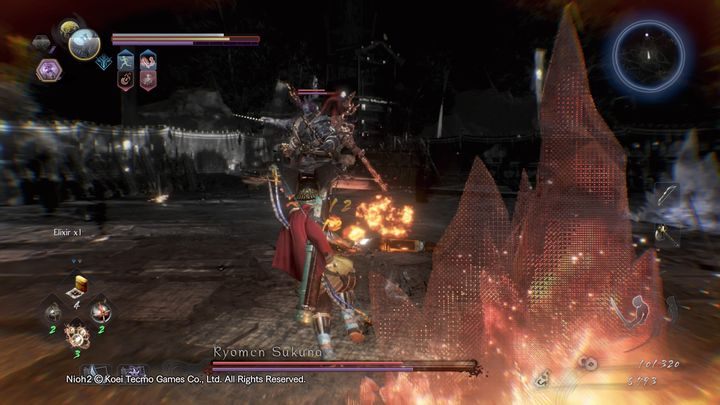 Remember the crystals that are on the arena - not only do they give you a buff, but they can drop items or potions that will help you stay alive while fighting the boss.