This page of the NiOh 2 guide has a strategy for Saika Magoichi, one of the bosses. 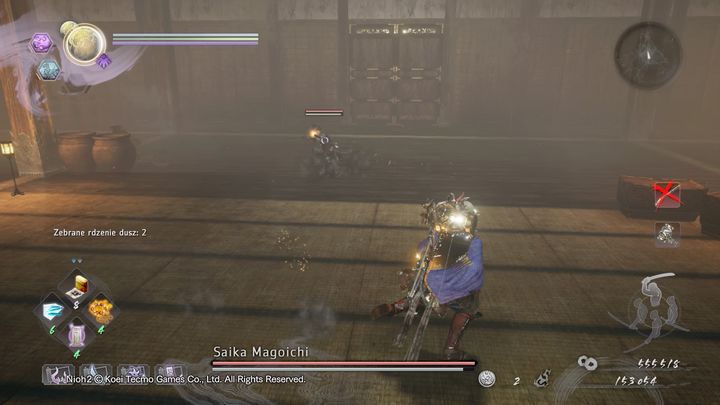 Saika Magoichi, known from the previous NiOh, is a human boss who specializes in ranged attacks. He can be difficult to fight because of his guardian spirit, which allows him to fly and perform aerial attacks for long periods of time. The way to fight Saika is to keep a short distance. Like any human boss, he has no Yokai Realm phase. It is also easy to break his stamina bar to zero - use your powerful attacks. The pillars are very helpful in fighting him - use them as covers and wait for the boss to stop shooting at you.

Saika wields a rifle and a sword. When you fight him, you have to keep a close distance - you won't let him shoot at you. However, if you fail to do it, he will start firing three times from the rifle with a short reload break. After the third shot, you can run up to him and start attacking, preferably in a high stance to maximize damage. 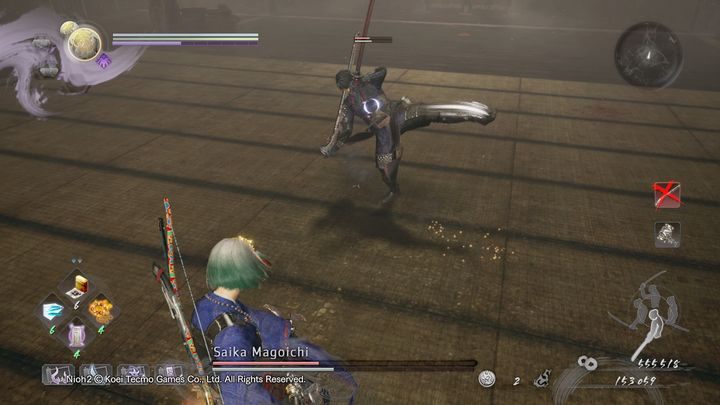 Saika can also attack with his sword. He usually runs towards you and performs a series of attacks. However, his defense is very weak - one stronger attack can break his offense and make him vulnerable to further attacks. He will probably either block attacks and lose stamina, or move away from you. 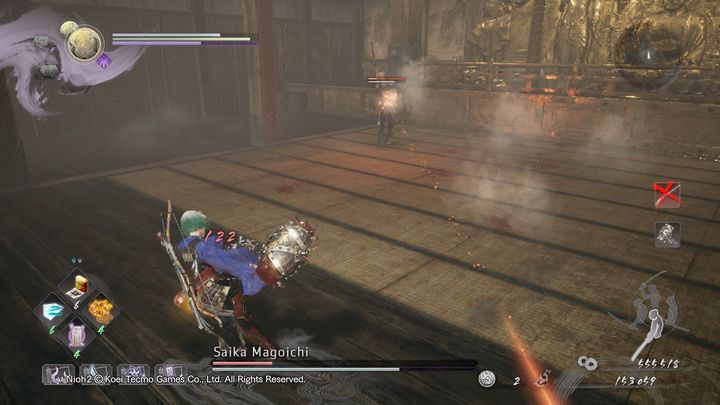 When Saika whistles, he summons his guardian spirit and shoots several fireballs at you. The projectiles are quite slow. During this time, Saika can perform more attacks. Focus your attention on Saika rather than the fireballs - they have poor tracking. 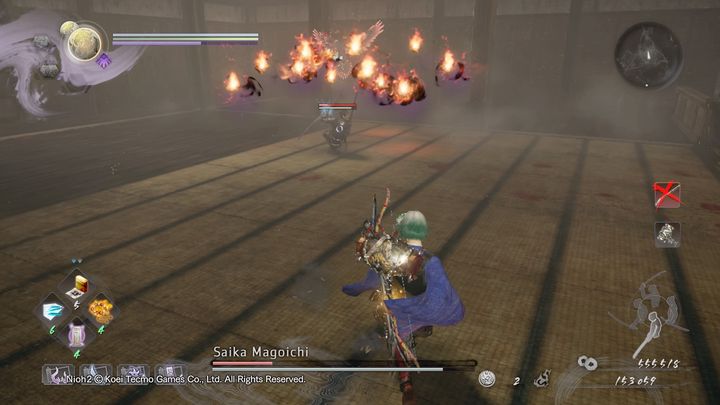 The Boss can also start floating in the air and perform various combos. He can start with a shot or a bomb throw, followed by more shots or grabs. He usually attacks up to three times during the flight. After that, he falls to the ground and remains vulnerable for a long time. This is a great opportunity to get up to him and start attacking in the high stance. 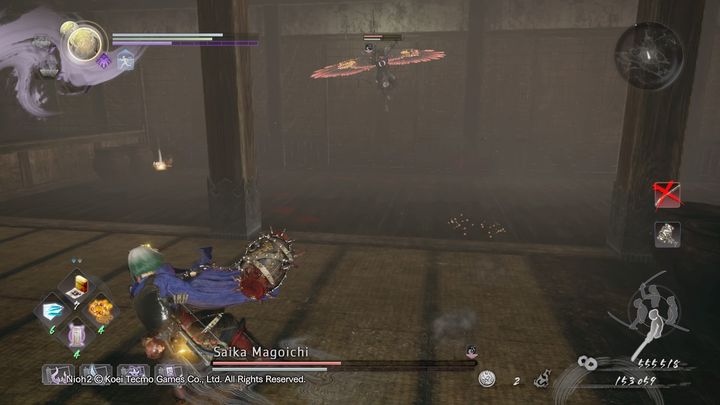 Use the terrain to your advantage. The pillars presented in the photo will allow you to protect yourself from Saika's distance attacks. When you see that he is about to shoot, run to him and start attacking in the high stance.