On this page of the Nioh 2 guide, you will learn how to successfully deal with a boss named Enenra, a Yokai who emerged from the smoke and darkness. 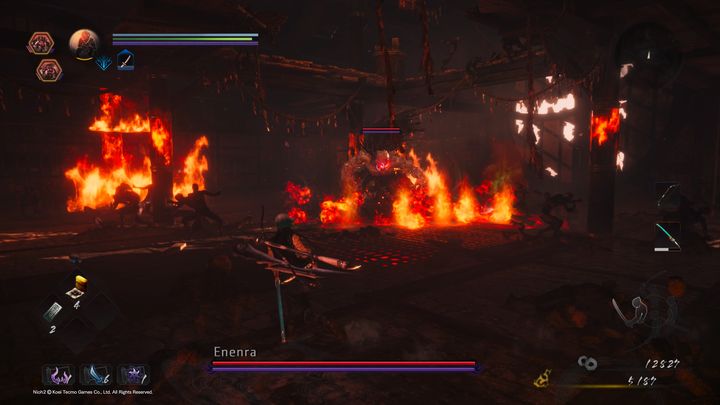 Enenra is the second main boss of NiOh 2. This is a Yokai that can quickly move from place to place, use fire attacks and powerful strikes. Its weak point is its back, because that's where the Amrita crystal is. Moreover, it is vulnerable to water attacks, but is resistant to fire, decay, and poison. While preparing for the battle, prepare talismans that lower fire damage and water projectiles / water talismans placed on weapons.

Enenra begins the duel creating minefields around it that explode after a short time. They do little damage, but they place fire status on the character. If your character is on fire, you need to make dodges as quickly as possible to get rid of the fire. As for the mines themselves, it is enough to move away from them and wait for them to explode. 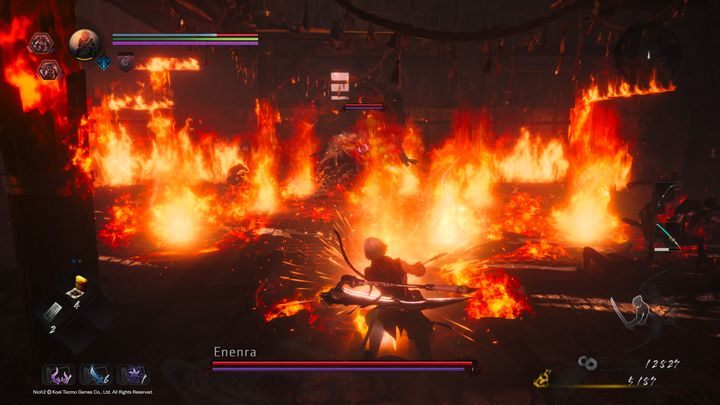 Enenra will often move from place to place to shorten the distance to you. Moreover, it has the ability to dematerialize, appear behind your back, and attack. Usually it performs two attacks, one by hand, and a mid-range linear kick. When you see that it is attacking, stand next to it and make a Dodge to the right side. Sometimes it can perform a similar attack, but only with the kick, and sometimes it performs up to four attacks, with the same pattern as in the beginning, only repeated twice.

The boss also performs a 4-hit combo if you are near it. 3 attacks by hand, and the fourth attack is a hit with both hands into the ground near your character. When you see it waving his arms, keep your distance by walking backwards, or avoid its attacks by dodging to the right. When it makes the fourth attack, perform a Dodge to the side to reach the opponent's back. This is a great opportunity to deal damage to it, since it is temporarily open to your attacks.

The Yokai Realm forces Enenra to change its appearance a little - it is not so durable as before, but its speed increases, and it receives new moves. 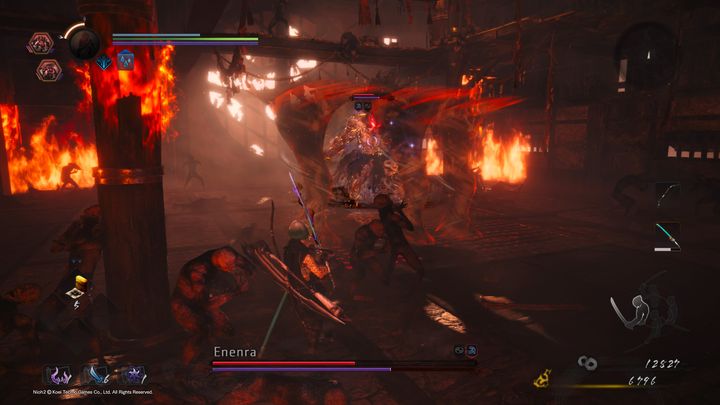 One of the new moves involves creating three small hurricanes. They are not fast, in addition, they do not follow the player very much.

The second new move is a new version of Burst Attack, which is actually a grapple. If you are afraid that you will not make the counterattack at the right time, it is best to move away from it when it performs this attack.

His main attacks and 4-hit combo gain speed and range, as each of his attacks generates a fiery blast that also deals damage. Target its back and perform series of attacks, as this is where the Amrita crystal is located.