On this page of the Nioh 2 guide, you will learn how to successfully fight the next boss - Yatsunokami. 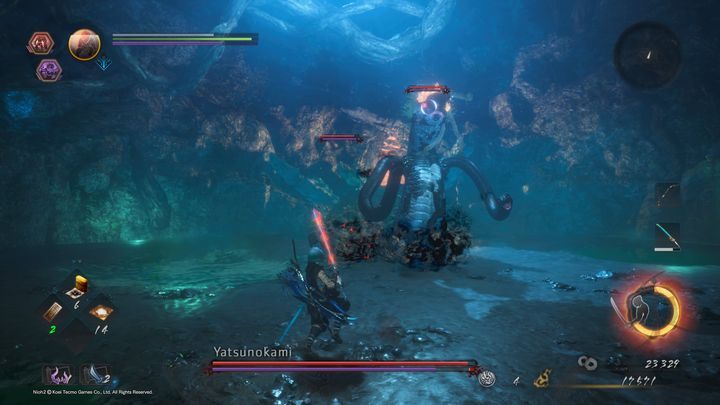 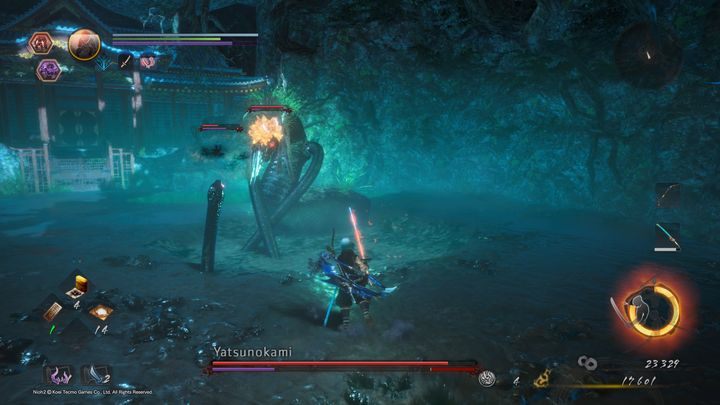 Yatsunokami, or the serpent god with a horn sticking out of his forehead, is another boss in Nioh 2. Yatsunokami attacks primarily with its horn and two other smaller snakes that serve as his hands. During a fight with him, it is best to keep an average distance and provoke him to use an attack in which he plunges his hands into the ground. His weakness is the head. In addition, it is sensitive to lightning damage, so before the fight, you should stock up on talismans that impose the lightning status on the weapon. It is resistant to water, corruption, and poison. It is also worth focusing on attacking his snake hands, to make it much easier for ourselves to fight him in the country of Yokai. 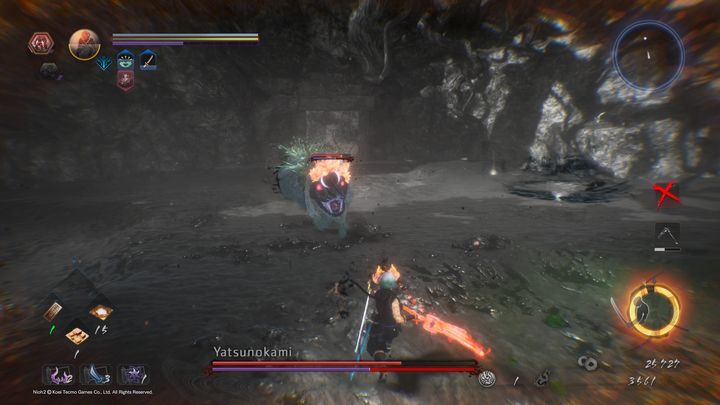 At the very beginning of the battle, Yatsunokami will crawl at high speed in your direction, this is a very linear movement, it is also enough to move a little to the side, so as not to get hit by its horn. The moment you stand very close to it, it will basically attack with its tail, which has quite a large range. In addition, sometimes he can try to catch you with his snake hands and pull you over to him, this attack does not cause much damage, but gives him the advantage for another attack. He can also grab you - this is signified by a black and white flame. Just stay away not to be grabbed. 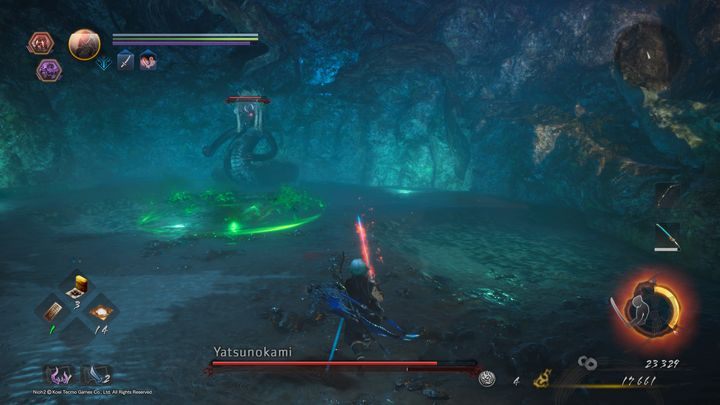 Yatsunokami has 2 ranged attacks. The first of these is an acid spit, which imposes the poisoned status if we are just standing where the projectile recently hit the ground. The second one summons several daggers that attack in various ways. One time they will fly one by one, from left to right, another time they will shoot all at once horizontally. It is necessary to keep a safe distance during this attack so that you can safely jump to the side, or be very close to him so that you appear behind his back and have a convenient situation for attacking.

Its Burst Attack has two versions. In one of them he lifts his head high and instantly hits you with it. However, he rarely uses this attack. It's best to perform a Burst Counter when you see him performing this attack. The second Burst Attack is that he starts crawling at breakneck speed towards the player to attack with his horn. This attack is very similar to what you saw at the beginning of the battle, with one significant difference. He can perform this attack again by turning to the player, if only a wall appears quickly enough. Best do a Burst Counter when you see him performing this attack and you are within range. You better not use the counter when it is already crawling towards you, because you will get damage. The best tactic for this attack is to simply Dodge it to the side and attack immediately after evading. The serpent is large enough that you can safely deal more damage to it than with a Burst Counter.

Yatsunokami also has attacks in which he dips his snake hands into the ground before surfacing one by one with a time delay. This attack is mostly performed when you are at a distance. This is a great opportunity to avoid these attacks and run up to the boss as he is vulnerable to multiple attacks. However, another solution is also to avoid snake attacks and attack snake hands. They have a separate health bar, and after you defeat them, you don't have to fight them in the land of Yokai.

<br>It makes a similar attack when you are next to it, though, with the difference that the snakes appear in one place at once. It is best to provoke them to use these attacks since they are the most vulnerable. 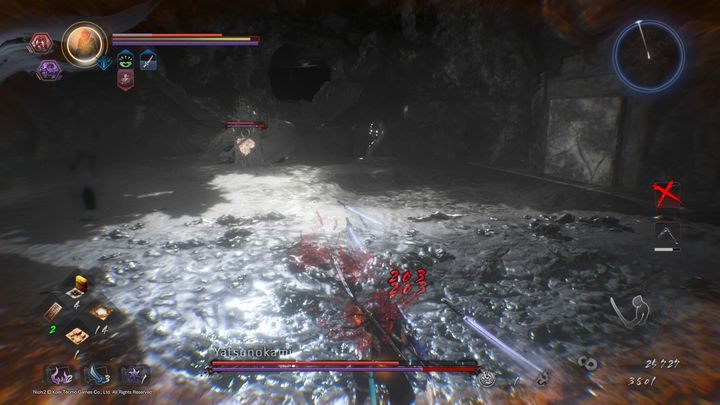 In the land of Yokai, when you knock his stamina bar down to zero, the fight looks like his snake-like hands are separating from his body and acting as a single mob. If you haven't killed them before, you will fight the boss and two secondary opponents at the same time. If this happens, first take care of the snake aids, as this makes it much more difficult to fight the boss. It's worth noting that even after you defeat them, the boss will restore his hands after a while. In addition, in the country of Yokai, the boss is much more likely to make a tail attack, he is also more aggressive. In addition, there is no significant difference in dealing with it.