This page of the NiOh 2 guide has the most important tips that can be useful for both beginners and experienced players. 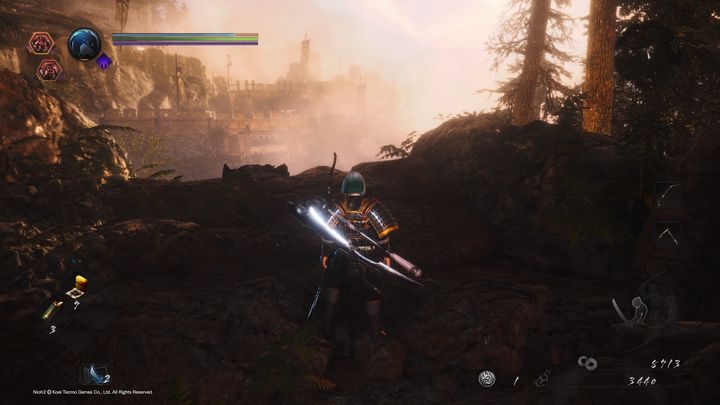 Pay attention to your stamina bar!

The stamina bar is very important in NiOh. In fact, the player should focus on it the most. Without stamina, you can't attack, dodge, or block. In addition, if the enemy attacks you when you are low on stamina and you block the attack, you will be immobilized for a short time. In most cases, this brief moment is very deadly for the player - opponents won't miss such an opportunity.

Don't forget about the block!

The block in NiOh 2 is a very important defensive mechanic. Most will tell you that it is better to dodge a powerful attack rather than block it. However, if you aren't sure that you can dodge at the right time, hold the block button immediately after dodging. It is nothing, but it can save a life.

Ki pulses are an important mechanic that allows you to restore a significant portion of your stamina during combat. In addition, it also has other properties depending on whether the player has improved this mechanic (the ability to clear a wider Yokai area, attack buff after a perfect Ki pulse). There are two ways to do them well. The first way is to look at the stamina bar (green). When the empty section of the bar gets full, press the button responsible for the Ki pulse (R1). However, if you don't want to lose sight of your opponents, the second way is to watch the blue sparks surrounding your character. Once you see a significant number of them, press R1 to restore your stamina.

Use multiple styles in combat!

In NiOh 2, we have the ability to use various combat stances - low, medium, and high. Each of them has its pros and cons. Low is ideal when dealing with enemies that have a weak balance resistance to enemy attacks - you can attack the target all the time and it is perfect for applying various elements, such as fire or lightning. <br>Medium stance is a well-balanced, but it is not the best damage-wise. However, it excels at blocking. High stance is ideal for dealing the biggest damage but it is very slow. This one is best suited for dealing with opponents with whom we have little chance of making multiple attacks.

Anima is a new bar that is responsible for using the Yokai skills acquired during the game. Amina can be obtained by attacking opponents, using special items, and using Yokai cores. These skills will help you come out alive even from the biggest troubles, but they need Anima.

Use Summoners candles if you know you will have problems with restoring the grave.

The Summoners candle is a useful item that will allow you to get your Amrita and spirit back from anywhere on the map without going to the place where your character last died. This is very useful when you are afraid of losing a large amount of Amrita.

Use long-range weapons whenever you can!

A bow, rifle, and hand cannon are perfect for this. Always aim at the weak spots. In the case of human opponents, this is the head (if you shoot from a bow, and the enemy wears a helmet, then the first shot will always deal no damage). While fighting a Yokai, you should aim at the spots where Amrita is visible.

Aim slightly to the right, instead of perfectly straight!

When the enemy is running towards you, and you want to defeat them at any cost with a ranged weapon, it is better to aim slightly to the right side than to the very center of the sight. Usually in these cases, arrows/projectiles usually won't fly at the enemy, but fly past them.

Attack the enemies from behind whenever you can.

Attacking enemies from behind deals much more damage.

Use dodging instead of running to move quickly around the maps.

This can save you time. The main thing is not to do it too quickly when after a successful dash our character will make a roll. This will make us lose speed.

Sacrifice item that you deem unnecessary.

The game allows you to sacrifice items while praying in the temple. In exchange for their sacrifice, the player receives a portion of Amrita - its amount depends on the rarity of the offered item. In addition, there is a chance to get an additional item, such as a health potion.

Use the Yokai transformation in critical situations!

By pressing the circle and triangle at the same time, we can activate the Yokai transformation. However, we can't do this whenever we want to - we need to fill the entire circle next to the guardian spirit icon. The transformation gives us a separate health bar which is basically a timer. In this form, our attacks are stronger. In addition, the transformation process allows you to avoid various attacks. We also have the ability to use the magic of our guardian spirit. You can get Amrita by killing opponents or using crystals.

Burst Counter is a technique designed for countering such attacks. When you see that your opponent is glowing red, it means that they are about to perform a powerful attack. However, you can use Burst Counter (R2 + circle) to counter it. If we use it at the right time, the player will deal massive Ki damage. However, this technique is worth one Anima point.