Your characters will not have anything in common, they have a separate banks, achievements are unlocked for one hero (with few exceptions), you will join guild with one hero, not whole account. 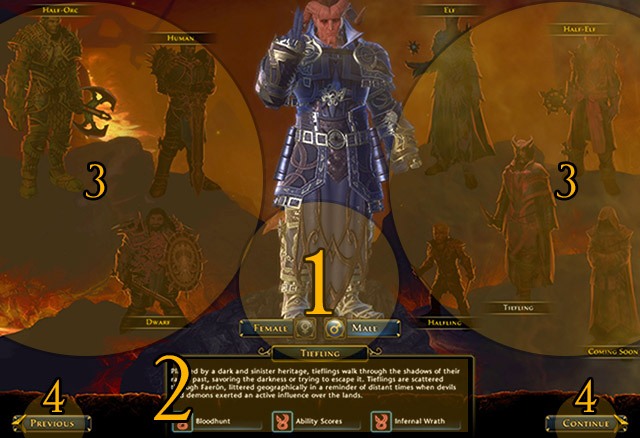 1: Gender selection and character preview (gender choice is purely cosmetic, does not affect the statistics or the gameplay).

2: A description of the race and its characteristics - each race has two distinctive passive skills and one called Ability Scores, which determines to what main stats (strength, vitality, dexterity, intelligence, wisdom, charisma) are added as a racial bonus.

Racial bonus gives +2 to one predefined Ability Score, and +2 to one of two AS, only humans have the ability to add only two points to AS.

Available classes with their roles in brackets:

For more information check the classes section of this guide. When you select a class you can see its characteristics and some skills examples.

Class description with examples of skills

Another important step is to set up your initial Ability Scores, they are randomally rolled. 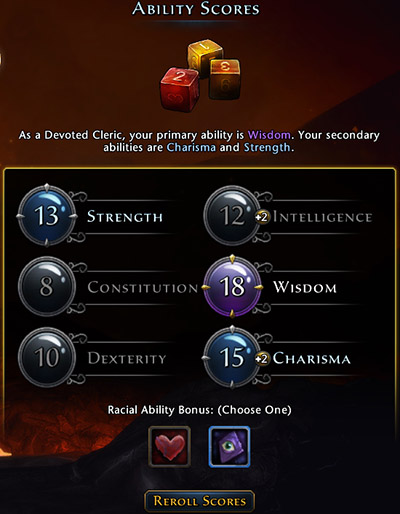 Each class have one main ability and two secondary, and the gameplay is minimally affected by remaining three.

Ability scores are not rolled individually. Instead, all six values are selected simultaneously, by randomly picking a row from the following table:

If you got to this stage everything you do now will be purely cosmetic. Start personalizing the appearance of your new hero, you can select one of the available presets, or customize your character to give it own, unique look. 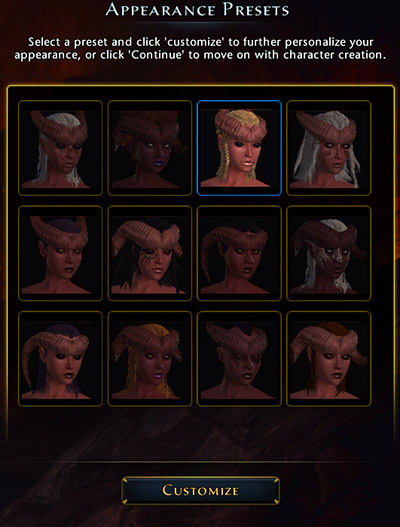 Although appearance does not affect general gameplay it is worth remembering that playing PvP could be better with smaller character (it will be harder to target you in the crowd) or if you are interested in playing dungeons as a tank it could be wise to create hero with big posture so healers will have easier job targeting you.

Appearance can be changed later in the Tower of Alteration for Zen.

You can now choose your diety affiliations and character origins. 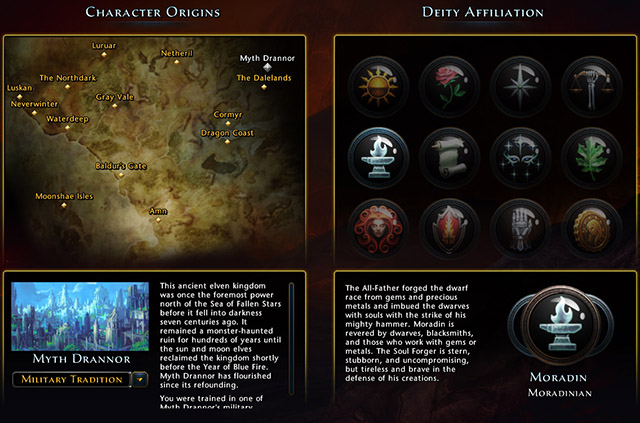 Your last step is to enter your character name (or roll random one) and if you would like - fill some biography details telling other players something more about your character.