This guide contains everything you need to know as a player who starts the adventure in Neverwinter Online. Both players new to the world of MMO RPG and those more experienced will find plenty of useful information, lists, maps, descriptions, gameplay and interface tips, in a word: everything there is to know about the game. 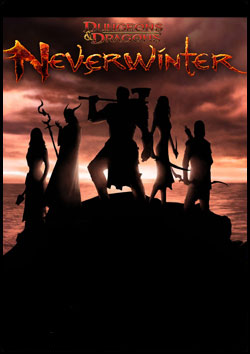 Neverwinter is a Free to Play Action MMO from Cryptic Studios and Perfect World Entertainment, based on the acclaimed Dungeons & Dragons fantasy roleplaying game.

One hundred years have passed since the Spellplague forever changed the magical and mysterious lands of Faerun. Mighty empires fell and great cities toppled, leaving only monster-haunted ruins and survivors struggling to rebuild.

The city of Neverwinter, the Jewel of the North, seemed blessed by the gods. While the rest of the Sword Coast was devastated by the event, Neverwinter survived largely intact. But this was only a temporary reprieve from its inevitable doom. Nearly 75 years later, a volcanic eruption rained fire, ash and molten fury upon the city, annihilating everything in its wake.

Today, Neverwinter has restored much of its former glory. Lord Neverember of Waterdeep has taken the city under his protection and put forth a call to all adventurers and heroes of the Savage North to help rebuild Neverwinter in the hopes that one day he can lay claim to her throne and crown. But evil forces conspire in the dark places of the world, seeking to undermine all...

Explore and defend one of the most beloved cities from Dungeons & Dragons as it rises from the ashes of destruction. This action RPG set in an immersive MMO world will take you from the besieged walls of the city to subterranean passageways in search of forgotten secrets and lost treasure.

Epic stories, action combat and classic roleplaying await those heroes courageous enough to enter the fantastic world of Toril and the ruined City of Neverwinter.

Easy-to-grasp adventure creation tools empower players to add their own tales to the Forgotten Realms campaign setting. Bring compelling quests to life and build challenging levels! Share creations with the entire world in-game. Become a part of the existing Dungeons & Dragons universe... Then build a new one.

FORGE YOUR PATH TO GLORY

Encounter dangerous foes and perilous environments. Work strategically with others to overcome nightmares, demons, monsters and beasts of legend.

Neverwinter is a true Dungeons & Dragons experience, brought to life with the dynamic Cryptic game engine. In the classic D&D setting of the Forgotten Realms, players will explore and defend one of the most beloved cities from Dungeons & Dragons, as it rises from the ashes of destruction.

Neverwinter Game Guide is also available in our Mobile App