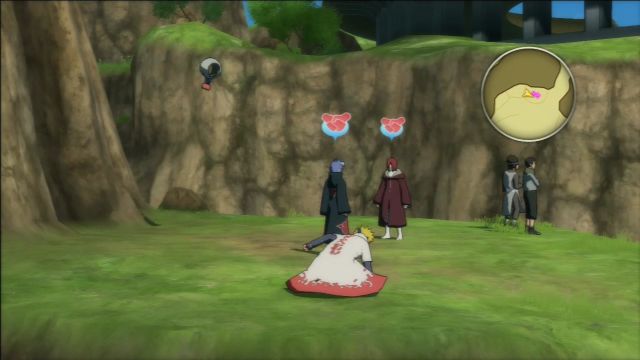 The place in which you can start the event.

One of the three ally events available after the completion of the preliminary round of A Rank tournament. To begin it, teleport to the A Rank Tournament Reception (Festival Plaza). Run outside of the building and climb up the ledges, opposite the stairs leading from the building. You will find Nagato and Konan there. After a short conversation, you will learn, that you have to find a missing, paper plane.

Teleport to the C Rank Tournament Reception, and after arrival climb up the ladder located near the Teleportation Ninja, near who you should now be standing. Pick up the missing paper plane, jump down and teleport back to the A Rank Tournament Reception (Festival Plaza). Speak with the ninja duo again, and after a short while the event will be over and you will be given: