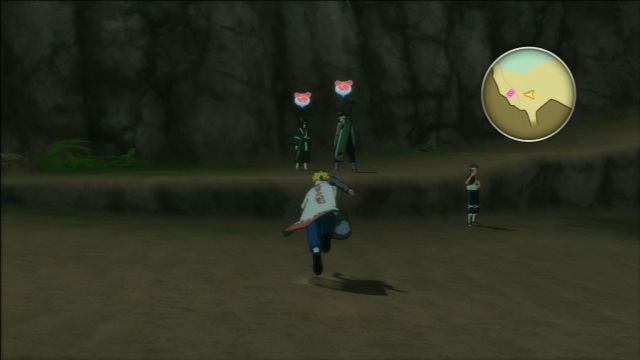 One of the ally events, which is unlocked after you've completed the qualifying round of A Rank tournament. To begin it, use the Teleportation Ninja to teleport to B Rank Tournament Reception (Festival Beach). After arriving, jump down and go West - you will encounter Haku and Zabuza there. After a short while you will have to fight one of them - Haku.

Haku is a swift enemy, fight in close-quarters, but he is quite effective at long range as well - the decision and method of fighting this masked ninja depends on you and your character. Yet again, you have an advantage over him, as he is fighting alone, and you have your allies with you. After the fight you will have a short conversation, after which you won't have to fight Zabuza, and the quest will end.

You will be given: