After you wake up, you will be visited by Hinata, and after a short conversation will be on the tournament arena. You will have to fight your original body - Naruto. 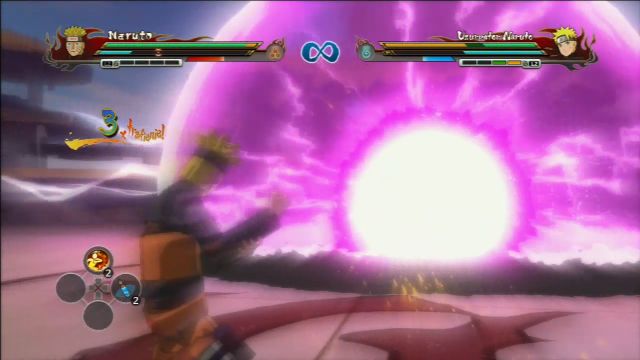 The whole encounter is fairly simple, because after playing with this character for the last several dozens of minutes, you should be familiar with his moveset. Both characters fight in close ranged, that is why you will have to focus on proper usage of your block, dodges and substitutions - you should especially remember about the last one, as the enemy can use a powerful combo, which will take half of your health at once. You should always keep one or two substitution ready. After the fight ends, a series of cutscenes will occur, after which... 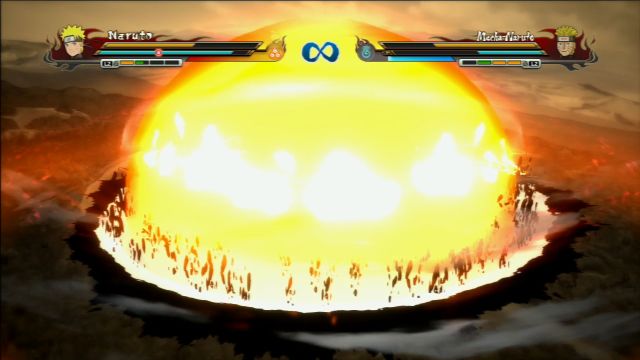 What about the rest of the people on the stadium...?

Yup, that's right - your enemy used his cheap trick again and swapped your bodies, which means that you will again be fighting using Naruto. You change sides, but the encounter wouldn't really be a problem, if not for one fact - Naruto is battered after the last encounter, and that is why you begin this fight with only one health bar, meaning that you will have half the health of your opponent. The encounter shouldn't be a problem if you avoid two things - getting hit by Mecha-Naruto jutsus, and his combos. Both dangers can be avoided with proper usage of substitution, as well as by constantly attacking your enemy - he won't be able to do anything if you overwhelm him. Because of the fact that you only have half of your health, you may have to repeat this round a few times, especially when you want to get a high score for this round. After you've defeated Mecha-Naruto, another series of cutscenes will initiate. Go to the next chapter to continue.