This section contains a complete walkthrough for The Leviathan chapter in My memory of Us. Here you will find a thorough guide for chapter 14 with screenshots. With this solution to My Memory of Us, you will easily beat the game.

First, walk towards the chest on the right, the one with the poster of a robot with a cooking hat. Roll the poster and reach the electric wires (simply press the interaction key). In order to unlock the door you must set the wires in the same way as they are in the picture below (the door requires power from two energy sources). 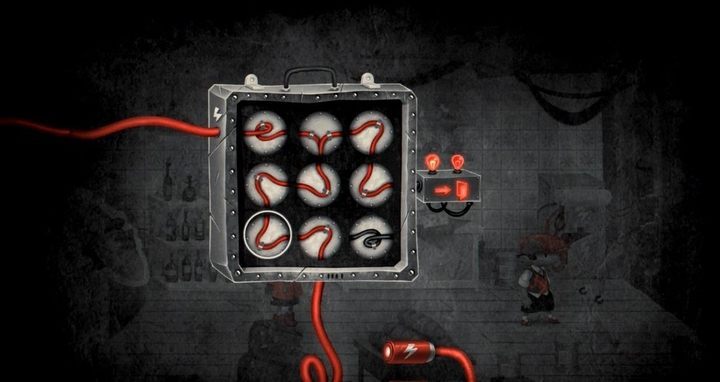 The picture depicts the correct placement of wires required for unlocking the passage.

Keep going to the next room. Now you will have some more work to do - first move the energy to the symbol of the wrench like in the picture below (the cables you should change are marked with a green color). Then, leave this screen and take the wrench on the left. 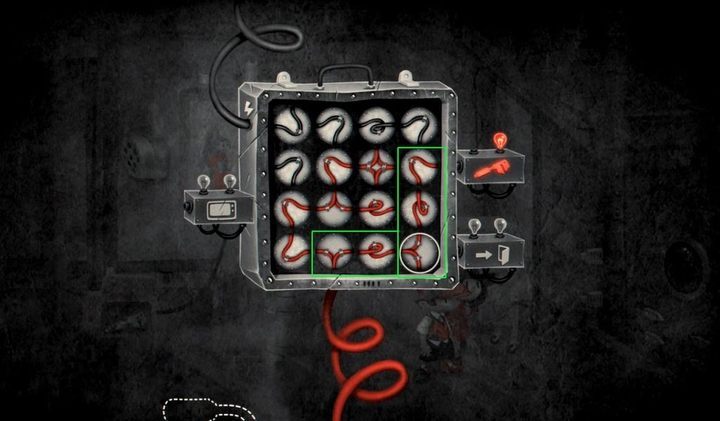 This setting will unlock the box with the wrench.

Now you can return to the room at the beginning. Take out one battery on the box with wires and go back to the room with the wrench. The sequence presented below will award you with an achievement - turn the wires in this way, leave the wire screen and see what has changed on the screen seen in the room. 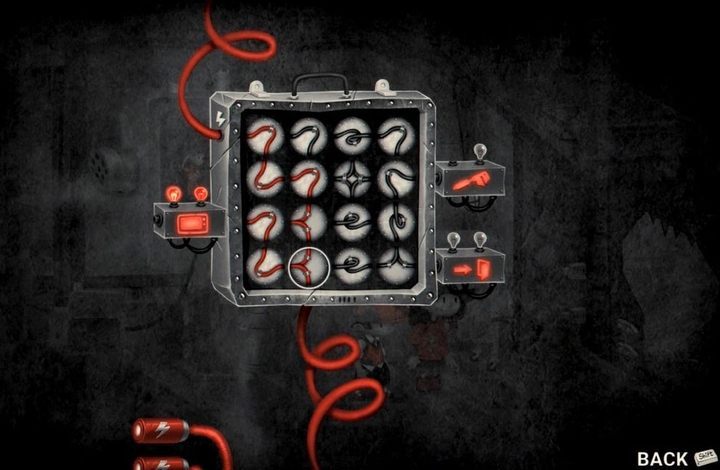 This sequence will enable you to obtain an achievement for this level.

In order to unlock the door you must synchronize the energy source into a single point, for example like in the picture below. Once you unlock the door, keep moving. Use the stationary turrets to sneak pass by the patrolling enemy. 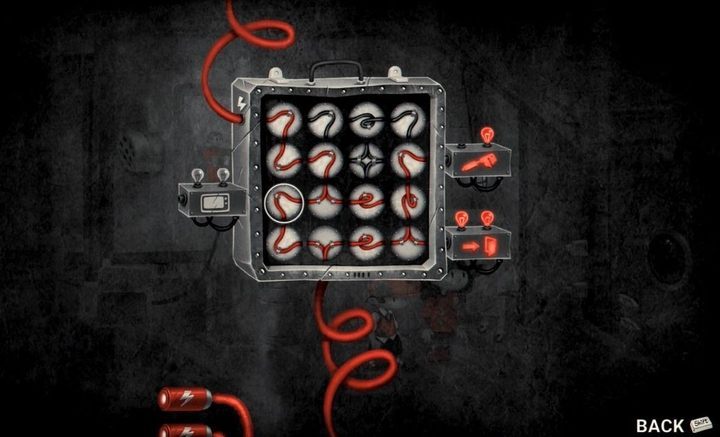 This sequence will unlock the door.

Use the platform with a lever. Now it's time for cooperation. Shoot the first button with a slingshot. An obstacle will appear - you can use it to hide. Now, shoot the second button - the middle one. You will notice that two obstacles are moving out one after another. Stand as the boy near the middle cover, like in the picture below. Wait until the guard shown in the picture passes by the boy and then shoot the button above the boy. Now, take control of the boy. You must follow the moving patrol to the next cover.

The picture depicts how to pass by the patrolling soldiers.

Now, wait for the patrol to passes by you. You must fit the gap between them when they are moving and you must pull the lever. Now, switch to the girl and repeat the whole process only as the girl (you don't need to use the lever). Move the pair together. Shoot the button, move towards the platform and use the lever. Use the stationary turrets and covers again to sneak by the patrols. At the end you will find two knobs. Turn them simultaneously until you move the car. Now, run to the right and enter the first door you encounter. Don't run, keep sneaking up. Use the flashlight to lighten the way. While sneaking up, move to the left. You will find a memory. 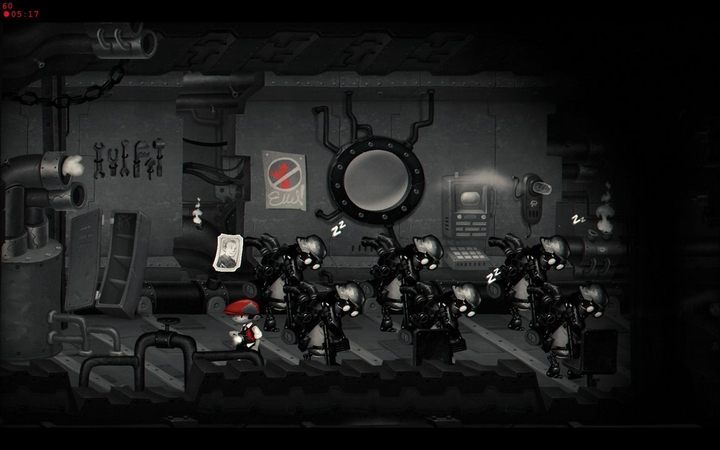 Here you will find another memory among the sleeping guards.

Go to the right and leave the room. Walk to the second cell from the left. The man will give you a letter. Go to the right, hop on the second car. Now, walk to the second cell from the right and deliver the letter to the woman. You will receive an achievement - A love letter. Now, go to the right and use the knobs. Then, go to the next car and help the boy get up. As the boy, enter the pipe but don't leave it yet. As the girl, walk through the door to the console and use the lever. Now you can leave as the boy and use the button in the middle floor. Enter the pipe again. Use the lever as the girl again. Wait for the officer on the final floor to enter the moving platform number 3 and use the lever again. Leave as the boy. Stand on the platform number 3. The girl should use the lever now. Now, take the key on the left side as the boy and then go to the right, to platform 4. Use the lever again. Go back to the previous car. Use the key near the console on the right from the cell. Go back to the previous car and do the same again. Use the ladder on this car (it's in the middle). Go down and walk on the two pressure plates.

Go to the left and take one grenade. Then, stand as the girl on the platform in the middle (the platform with the skull) and press the button as the boy. On the top, there is a cart on the right side - move it to the pressure plate connected to the wage. Then, go to the left, to the big turret. By shooting the button of the laser weapon with a slingshot you will activate the weapon. You can change the shooting angle with the knob. Shoot down 3 rocks shown in the picture below. Place the grenade in the cart and then transport the rocks to the cart. 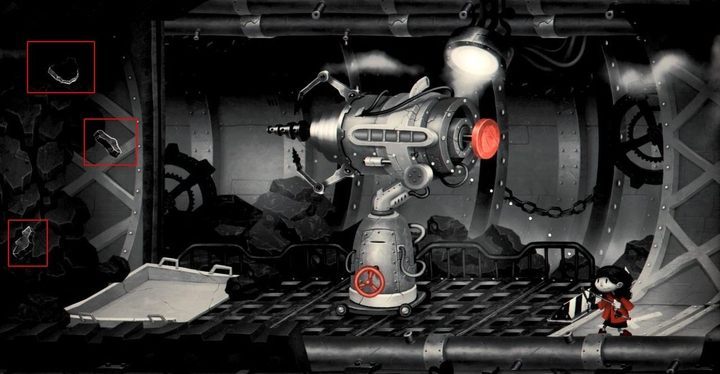 The picture presents the targets you must shoot down with the laser.

Now, shoot the button on the right side. Move the cart closer to the robot. Go along the robot and use the knob in such way that all the pipes are powered. The robot will open its mouth. Drive the cart inside it.