Selling slaves in Bannerlord is a great way to make money. Each captured enemy is worth a certain amount of gold - the more experienced (stronger) the soldier, the more valuable they are. Also, you can recruit slaves to your party. Read this page to find out how and where to sell and recruit slaves in Mount and Blade 2.

How to sell slaves? 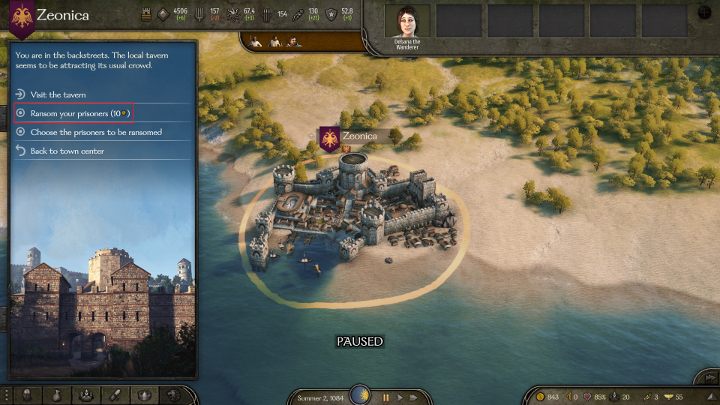 You can sell slaves in taverns.

Selling slaves in Mount and Blade 2 is very simple. You can do it in a tavern found in every town. You don't even have to go inside - all you have to do is select Ransom your prisoners in the tavern entrance menu to sell all your current slaves (prices are in parentheses). You can also sell specific slaves using Choose the prisoners to be ransomed option.

HOW TO GET SLAVES?

Any defeated enemy can be stunned rather than killed - these enemies can be captured. You can increase your chances of stunning opponents by using blunt weapons.

How to recruit slaves? 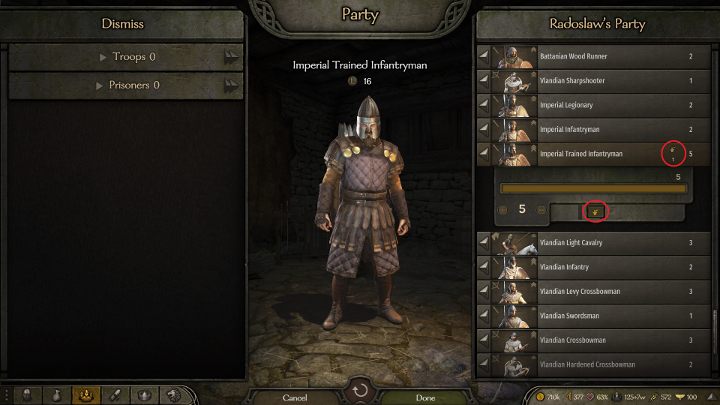 You can recruit slaves by using the party window.

Slaves can be recruited by using the party window, where you can see all your soldiers. The recruitment of slaves is not available immediately after they have been captured - the option is available after at least a few hours of game time. When a slave is available for recruitment, you will notice a special icon next to his name (as shown in the screenshot above). Now just click on the particular slave and select the recruitment option from the expandable menu - after that, a new unit will appear in your party. It is worth mentioning that if you have the Disciplinarian perk (Leadership skill), then you can turn bandits into standard soldiers.