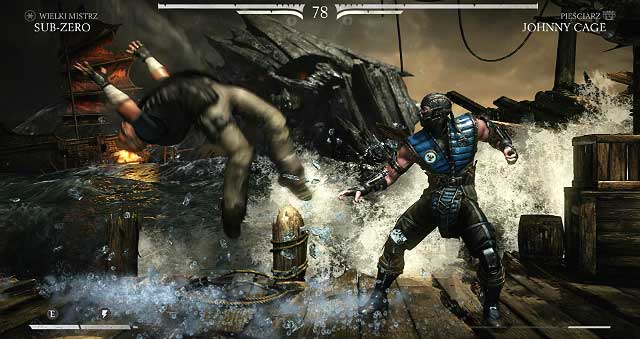 In Mortal Kombat X, there is Soft knockdown and Hard knockdown. Soft knockdown is when the opponent gets up immediately after falling, whereas the Hard knockdown is when getting up takes some more time. Also, you can delay the process of getting up, which prevents the opponent from executing a combo. You do that by holding down the down direction, at which point you note that your character is looking up, watches the situation, but does not stand up. Also, you can get up immediately, after a rollback (where your character rolls away from the opponent). To do this, immediately after you fall down, press the punch button. This comes in and while you are pressed against the wall. Normally, the opponent would grab you and perform a throw, but they are unable to do that, if you perform the roll. Also, you can get up with the "wake up" move, by pressing special move buttons + Block. This way, your character gets up and lands a blow.