This guide for Mortal Kombat X describes the key functions of the game and it will help you get familiar with the basics. The first chapter of this guide consists of a glossary, which will prove helpful, while learning terminology in the game. The second chapter explains, in detail, the basics of the gameplay, such as: controls, Stamina meter and Super Meter, blocking, creating combos and, which is a most important thing in a fighting game - explanation of the frame system. In the next chapter, you will learn about all of the arenas available in the game, along with description of all of the interactive elements that you can use during the fight, to gain the upper hand over the opponent. Also, in here, you find information about individual factions, i.e. groups that you can join. In the next part of the guide, you will learn about the available game modes: the story mode, towers, training, the Krypt, as well as online matches. In the last chapter, you find description of the indivifual characters, three individual variants that they come in, their special abilities, as well as example combos that you can use in fight. 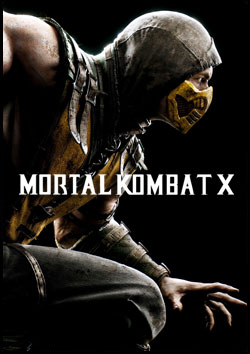 Mortal Kombat X is another interation of very popular brutal fighting games series which exists since 1992. It is a sequel to 2011's Mortal Kombat from NetherRealm Studios. The game offers a new fully-connected experience that launches players into a persistent online contest where every fight matters in a global battle for supremacy. And allows players for the first time in a Mortal Kombat game to choose from multiple variation of each character, something which impacts both strategy and fighting style.