Crucix is one of the three main bosses. When you're fighting him, you're actually fighting two opponents in one body. A smaller version of Crucix is hidden behind his shield. During the battle the enemy will use both long-range and short-range melee attacks. Like the previous two main bosses, the battle consists of two phases. 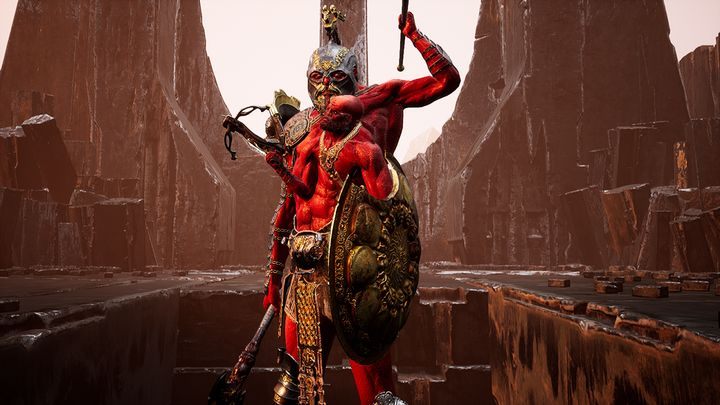 Crucix, the Twiceborn has a few attacks that you can't parry or block. One of them is a forward dash. He hits you with his shoulder and you lose balance. Fortunately, this attack is not far-reaching, so you can dodge it even by jumping backwards. You can also use Harden to get closer to the boss and attack him. 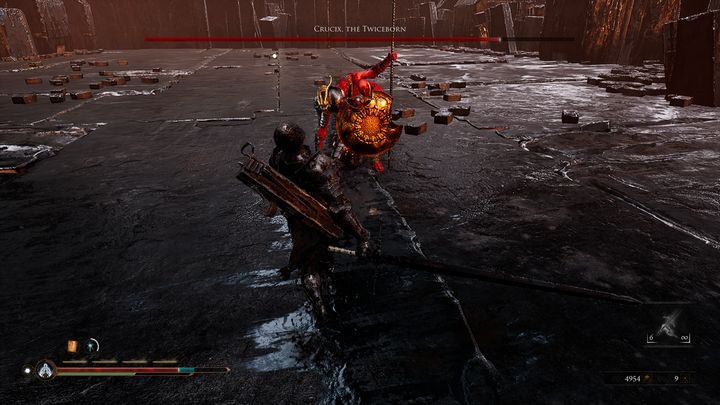 Crucix also has a 3-hit combo, which consists in attacking once with a spear, then with an axe, and then attacking with a spear after a short while, performing a stab towards you. These attacks can be blocked. Try to parry his final spear stab. However, if you're not feeling up to it, evade the first two blows, and launch an attack with Harden during the 3rd strike of your foe. 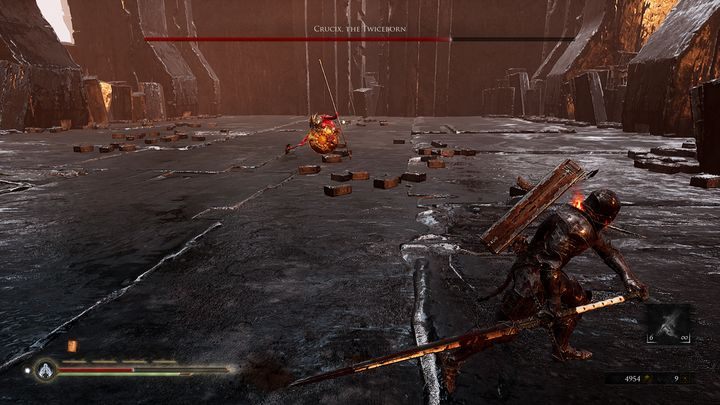 Crucix can also jump away from you and start shooting projectiles in your direction. Use Harden to resist his attack, but keep in mind that he will continue shooting at you. He usually makes one shot, waits for a moment and shoots again. Try to understand his tactics. Dodge and evade his attack over and over again to approach the boss in order to deal damage to him. He also has a ranged attack during which he shoots fast three times. If you notice that he is going to perform this attack, use Harden. 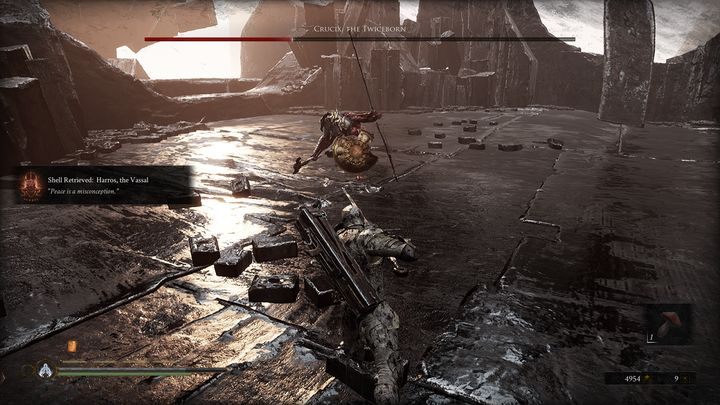 When the boss has 25% health, he gains a new attack, which consists in jumping high up in the air and performing two quick shots towards you. After launching two projectiles, the enemy will land in the spot where you currently standing. When you see him jump, use Harden and hold it until the enemy will land. Then, you can freely attack Crucix.

Once you deplete his health bar, you will trigger phase 2. During it, Crucix fights alone, unable to perform ranged attacks (as his smaller version was killed). Also, Crucix no longer has access to his shield. While he will be weaker and more vulnerable, he can inflict heavy damage and becomes much more dangerous opponent. 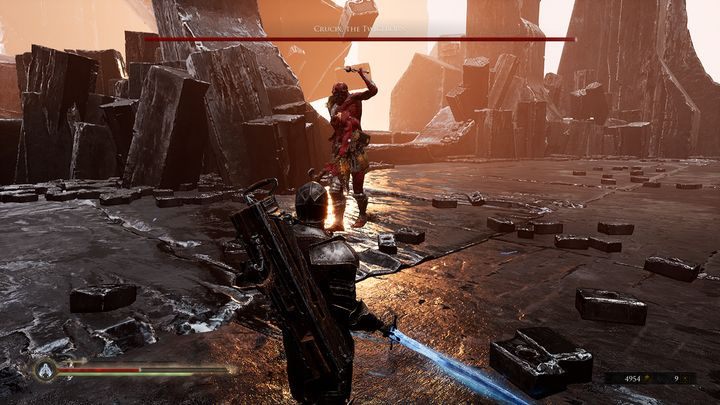 During this phase, Crucix performs several new attacks. The first is a new spear stab - this attack cannot be blocked. Then he attacks the ground several times with his axe after a brief moment. It is best to stay away from this attack as it inflicts heavy damage. If you don't have a choice, then you can use Harden during the first enemy strike and perform a dodge. When he's done attacking, perform a counterattack. 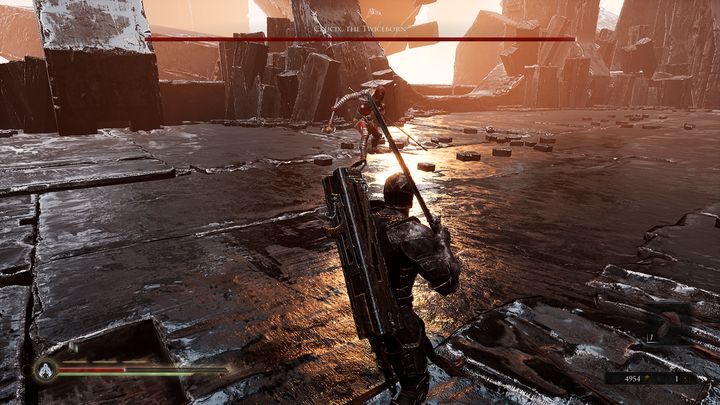 His 3-hit combo changes slightly. Once again he uses two weapons, but the third attack is performed with a spear from above the head. You can try to parry at that time or use Harden at the moment of his third attack to avoid getting injured and get closer to him. Then you have some time to attack him. Crucix also performs a kick, but it does not inflict any injuries. It only brings you out of balance. The boss can also attack you several times with a spear, as long as you can parry the first strike, the other blows cannot be blocked in any way.