Mortal Shell opens with a tutorial that teaches you the basic mechanics of the game, shows you how to harden your body, attack, dodge and use items. You don't have to worry about your character dying here (the exception is the boss). 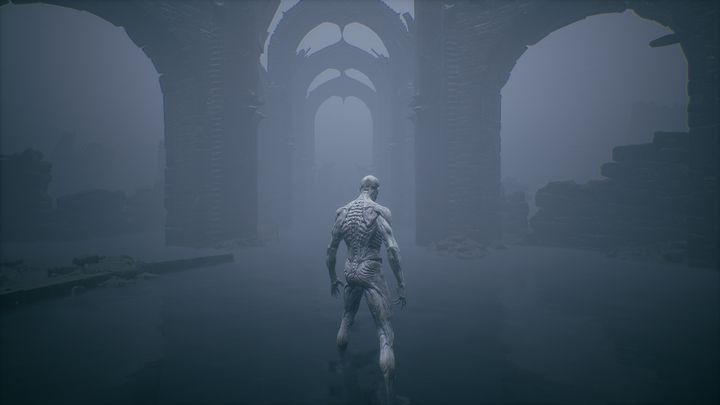 When your character gets up, go straight ahead. You'll find your first opponent. You don't have to kill him; all you have to do is follow all the commands the game shows you. 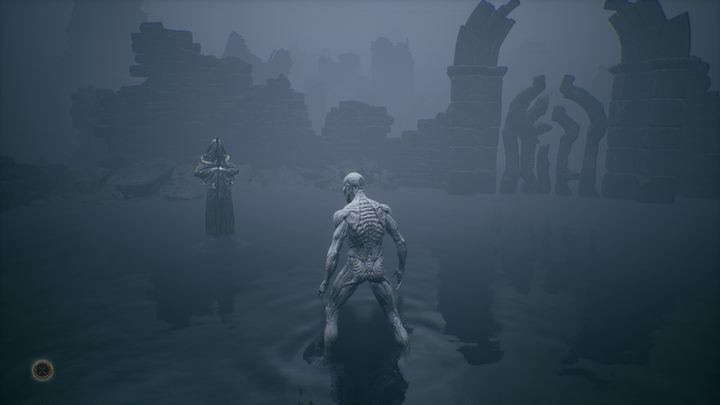 After following the messages that have appeared on the screen, walk up to the statue that holds a sword. Interact with it to trigger a short cut-scene. From now on, you can use the sword in combat. Walk to the door visible in the picture, and it will open. You will face the same opponent. Follow the commands that will appear on your screen. 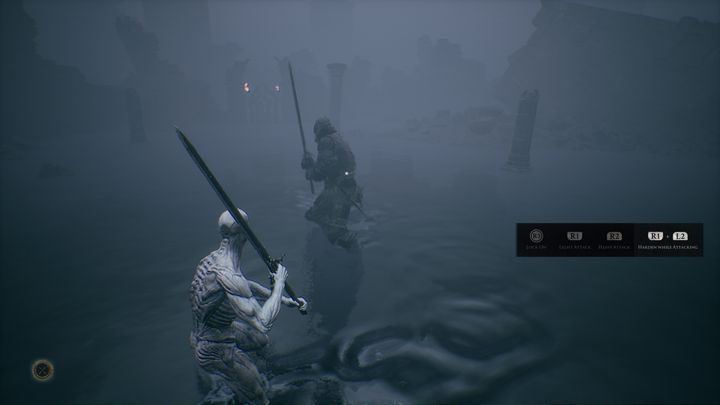 After that, walk forward again, and you will find another door that will open when you approach it. You will find an item - pick it up and do as the tutorial says. You will see how to use items and how to switch between them. 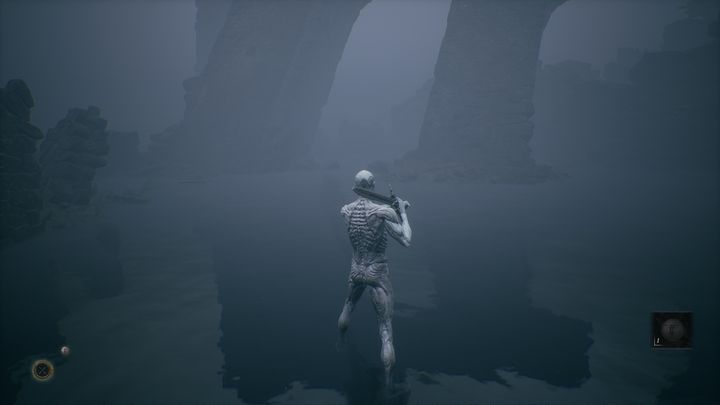 Going further, on the right is an arena with the first boss, Hadern. But before you go to fight him, stick to the left side. There is another item near the two pillars that will restore your health after a successful Harden. A description of the fight against Hadern can be found on a separate page of the guide.