In this part of the Microsoft Flight Simulator guide we explain how to turn a plane and how to set the plane on a proper course (heading) based on the course indicator.

When you ascend to a safe altitude and the plane gains speed (70 knots or more), change the direction of flight to the course specified in the flight plan. Tilt the steer to the left or right so that the aircraft is tilted by no more than 30 degrees.

The tilt itself will cause the plane to lose altitude. To hold it, you have to simultaneously pull the steer a little to yourself.

Make smooth, very slow rudder movements. If it's like a slow-motion movie, you're doing it right. Small civilian aircraft are not designed for fast, violent maneuvers, like military fighter jets or air aerobatic aircraft. 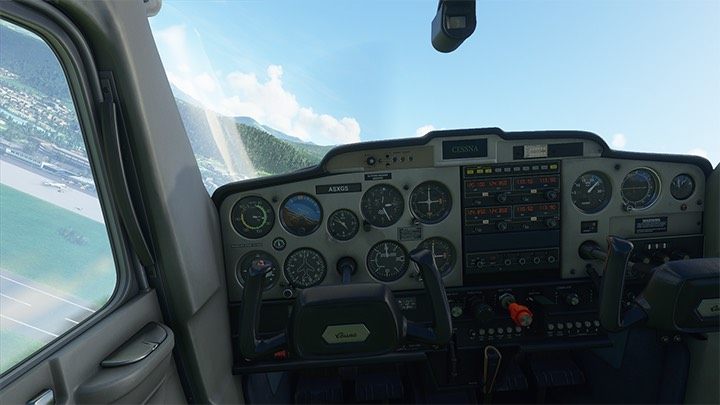 Follow the Heading Indicator. When at the very top (12 o'clock) in front of the aircraft's nose, the numbers begin to approach the desired course in degrees, begin to level the wings. In our example it is a course of 68 degrees, so the alignment started just before the digit 6. 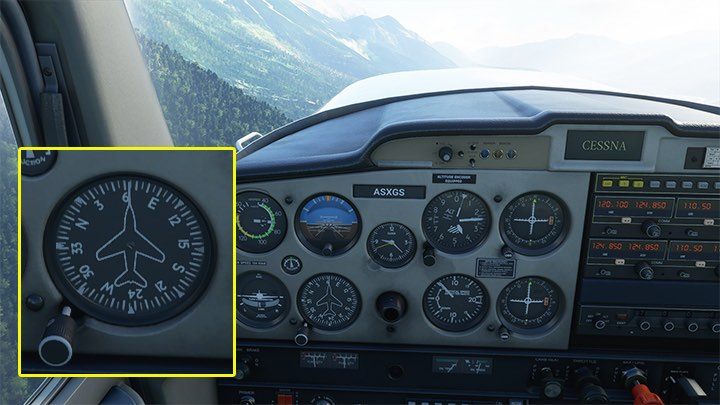