General information on the mission

Thirty sixth mission in Metal Gear Solid V is one of the replayable ones. Its assumptions are identical with those of the fifteenth one and all the details on the objective and the area of operations have been included there. The most important difference is that you cannot be spotted by the enemies, or you will automatically fail. However, this handicap does not hold for your buddies. Two additional handicaps here are that you cannot use Reflex Mode, not the Chicken Hat.

It is way better if you play the mission at night, thanks to which fields of vision, of the enemies (especially of the ones standing on the hill) are discernibly limited. The best buddy for this one is the D-Dog, who can mark all of the nearby enemies and attack them without risking failure of the mission.

Put on the suit that guarantees better camouflaging (e.g. the upgraded Sneaking Suit). As for the weapons you choose, this does not matter, because you should either avoid all of the enemies, or grab and restrain them silently (in reality, all of the enemies are wearing headgear).

Hints on how to complete the mission

Key premises of mission Footprints of Phantoms remain unchanged. Below, you can view a number of modifications that, for obvious reasons, affect its difficulty level. 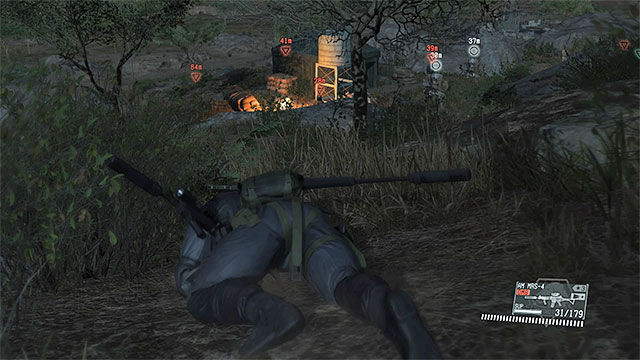 Sneak up to the camp from behind

When it comes to the hill that the Walker Gears are on, just like previously, you should walk around on the left and reach main targets of the mission from behind. If you followed the earlier suggestion, and taken D-Dog along, use him for elimination of all the enemies. As for the less accessible ones, you can eliminate them with the dog, because even if he is spotted and pounded by the enemy, you will continue the mission. However, do not allow yourself too much freedom, or the enemies start using Walker gears. 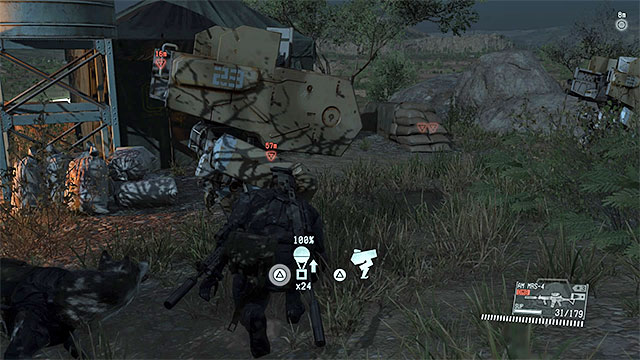 It is recommended that you fulton all of the Walker Gears

Ttry to clear the entire hill and only then, take interest in walkers. Since you do not want to alarm the enemy, it would be better to fulton all of the walkers. This will not alarm the enemies, assuming that there was nobody around, in the act.