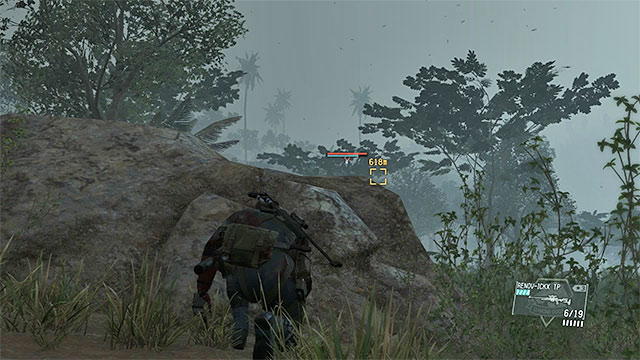 Hide behind the rocks and other large covers.

After starting the mission, head north-east. Shortly after you enter the foggy area, you will have to fight with a new Skulls squad. This time, it will be four female snipers. You can do two things - either fight the Skulls or leave this territory as fast as you can. The second variant is only good if you don't have a sniper rifle with you or if you want to complete the mission faster.

Using covers is a very important thing. You can use them to plan your next move, to avoid enemy fire or run from one cover to another if you don't want to fight at all and you just want to leave the area quickly. 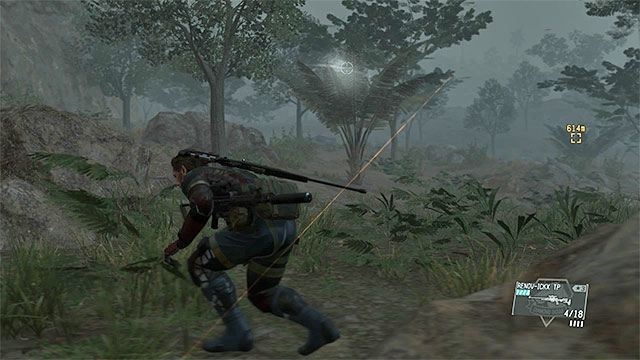 You can spot the snipers by the lasers; use the binoculars as well.

The battle with Skulls snipers is very similar to the fight with Quiet, as they have similar skills. The enemy will stay covered and wait until you come out. You will know that you're in danger when an aim icon shows on your screen. Skulls use sniper rifles with laser aims and you can use this fact to learn their positions. Use the binoculars and follow the laser to spot an enemy. Don't waste your time marking the targets, because the mark will disappear after they use camouflage. 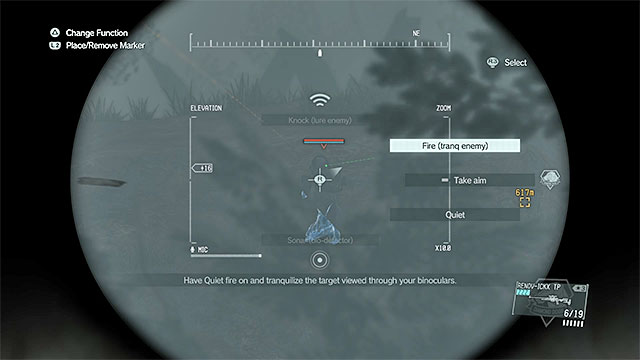 Search for a chance to shoot and use Quiet's support.

The battle with Skulls can be won in two ways. If you want to kill them, you have to bring their hp bar to zero and if you want to knock them out, focus on their stamina bar. In both cases, you should use a sniper rifle (with regular or non-lethal ammo). Every time you hit a sniper, she will move to another position, but she won't regenerate.

If you've selected Quiet as your companion, have her attack the enemies that are difficult for you to reach. However, don't put Quiet to too much risk, because she may take too much damage and be exfiltrated from the mission area.