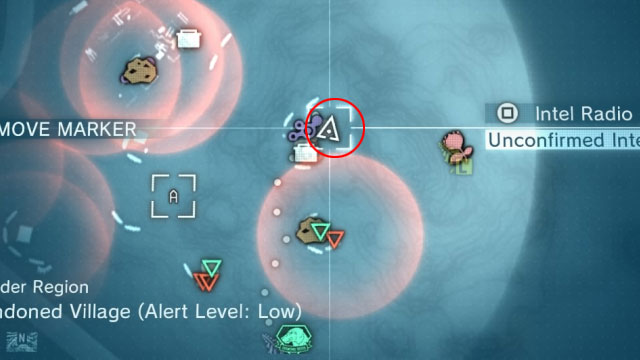 Select the south-eastern landing site as your starting point. After reaching the ground, you can do two different things. The game will suggest you to pinpoint the trafficker's route based on the intel file. It is not necessary to have them, but it's an optional objective in the mission. It is good to complete it, as the trafficker is going on foot and you don't have to hurry.

Head to Ditadi Abandoned Village and start sneaking. You have to reach a tent located on the hill, where you can see the antenna. This place is shown on the picture above. It will be necessary to neutralize two or three enemies here. 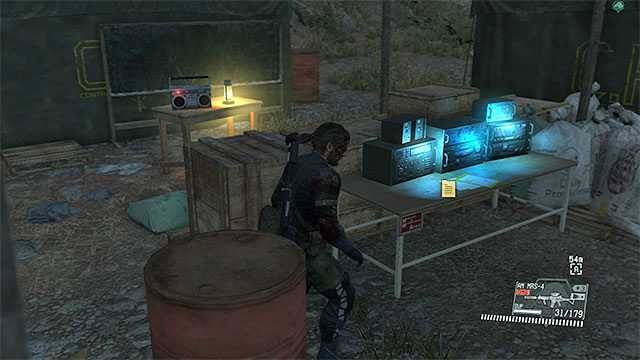 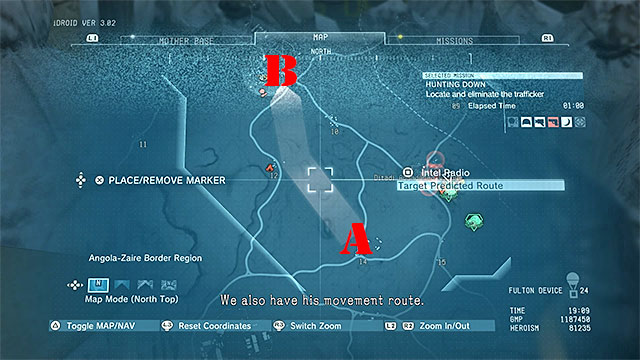 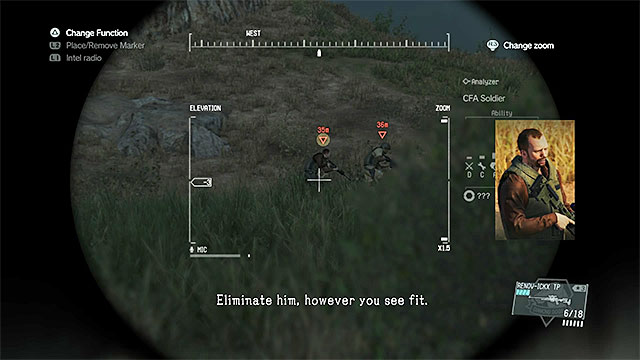 Identify the trafficker and his escort from a safe distance.

No matter whether you took the intel file or not, you have to head towards the part of the savannah where the trafficker is (it is best to ride on horseback). First, search the starting point (the area to the north of guard post number 14). You can use the binoculars. If you haven't found anyone, move a little to the north-west, towards Kiziba Camp. You need to locate the trafficker and his escort consisting of five soldiers. Make sure that you identify the target from safe distance so that you are not detected.