Identify and extract the arms dealer 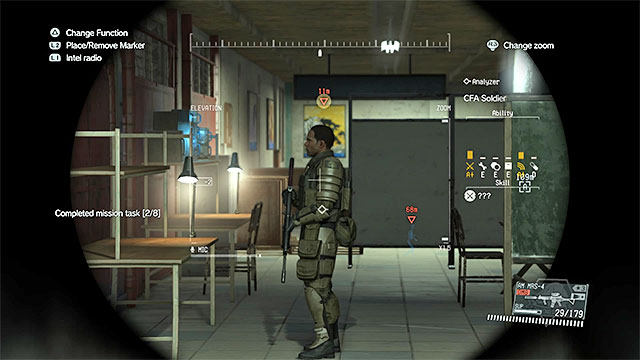 The arms dealer is on the first floor of the main building in the Nova Braga Airport however before getting near him better take care of the people from the roof which will help you to fulton the dealer away. The dealer wears a heavy armor which may partially protect him from getting stunned from a distance. Much more reliable way will be to get to him from behind and knocking him down in melee fight. Take the unconscious dealer outside and fulton him away.

If you were unable to get to him in time you may try to get him during his patrol with the CFA official (what is quite risky) or just wait for him to return to the main building.

Listen to conversations between the arms dealer and the CFA official 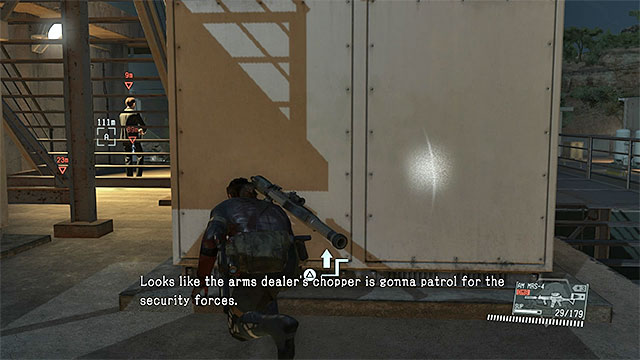 Wait for the meeting of your two targets

We advise you to try to complete this optional task while completing the mission for the second time since it will be better if you will already know the main scenario of the quest. Get to the main building of Nova Braga Airport and take care of the enemies from the roof. Wait for the helicopter with the CFA official and avoid being detected by anyone. Wait for him to meet with the arms dealer inside the building. You may listen here to their first conversation. 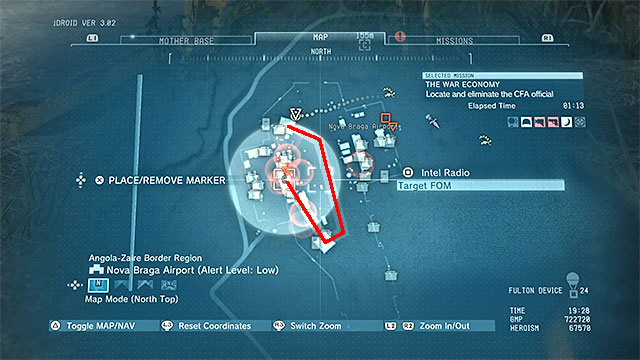 Both of them will go outside. If you will follow them for a close distance you may get easily spotted by the enemy soldiers. Try to stay on the roof of the building and stay on the point where one of the snipers has been standing. Use your binoculars to watch and listen the conversations from a safe distance. The screenshot above represents their path which you may also learn from interrogating one of the basic enemies.

Secure the blueprint the gunship was carrying 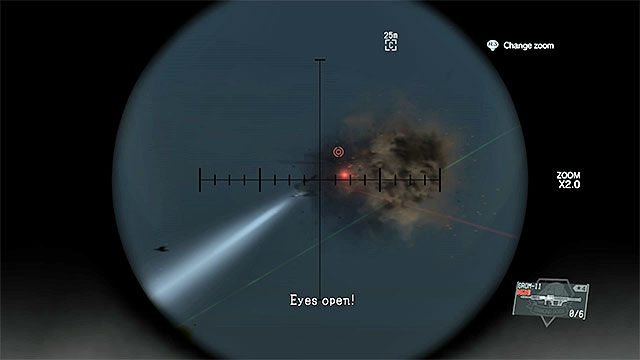 Destroy the helicopter and remember where it will fall

The blueprints are on the helicopter which will take the CFA official to Nova Braga Airport and the only way to secure leads to destroying this machine. The only weapon you really may use is a good rocket launcher, most preferably a launcher strong enough to shot this machine with one missile and will not allow the pilot to fly escape from the mission area.

After hitting the helicopter with a rocket use your binoculars to follow the falling machine. Later on try to mark the place it has landed on your map. 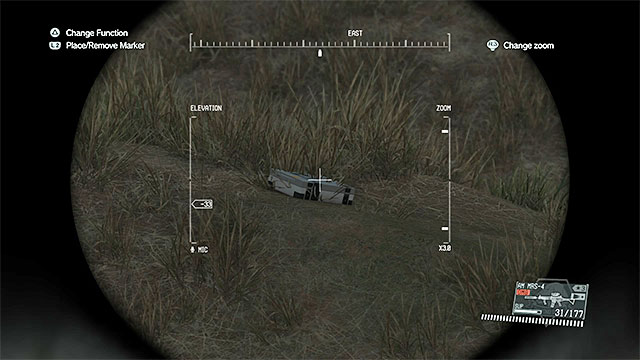 It is important mostly because you are not going to find any wreckage of the helicopter but instead you will need to look for a chest (presented on the screenshot above) with the MACHT 37 blueprint.

Extract the materials container inside the Nova Braga Airport hangar 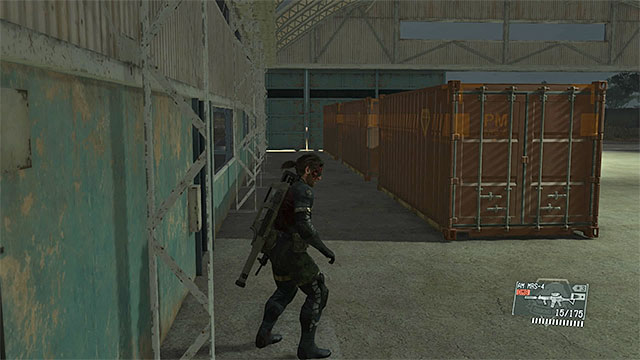 Containers in the hangar

Basically you may complete this task in every moment of the mission however you are not going be able to accomplish that while playing this mission for the first time since you need a Wormhole upgrade (to fulton them away when they are under a roof) and your CARGO 2 upgrade will just not be enough. The containers are in the hangar which is in the very south of Nova Braga Airport. The Wormhole upgrade may be created in the Mother Base after the Side-Op number 50 called Capture the Legendary Jackal which is going to be unlocked after the 31st main mission - Sahelanthropus.