Find APCs in the convoy 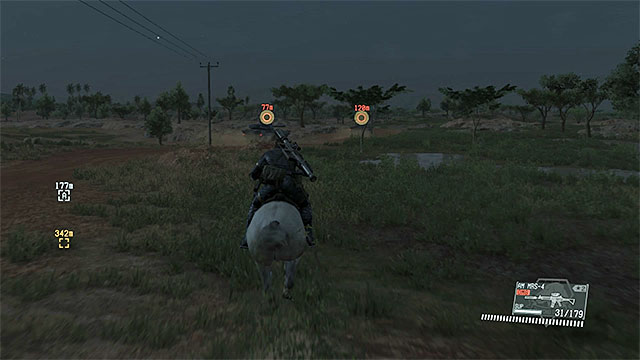 This one is difficult to miss, unless you have focused only on stealing the truck and you did it in the initial phase of the mission. Otherwise, sooner or later, you get across the convoy - it starts its route at outpost 18, arrives in Nova Braga Airport and finally, it travels to Kiziba Camp. Regardless of where you ran into the convoy, use binoculars to locate APCs.

Note - Obtaining intel data (one of the side objectives, described on the next page) makes the route for the convoy appear on your map. This should make it easier to find it. 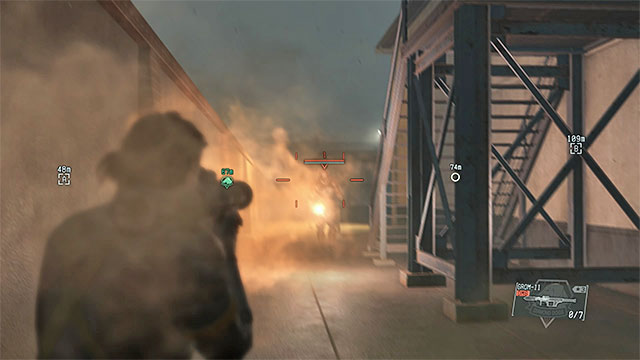 Attack zombies using the best rocket launcher you have

You should complete this objective on your replay of the mission. It is necessary that you take along the best rocket launcher you currently have and find out if your R&D team can come up with something better. The Skulls appear on the map automatically, after you come close to the truck that is your main target (initially, it is parked at Nova Braga Airport). After the zombies join the fight, attack them with the rocket launcher. At the same time, try to remain in constant movement to avoid their powerful attacks (especially short-ranged ones). While fighting the Skulls, make sure that you do not destroy the truck, because you fail the mission this way.

Note - If you gave already invested enough into upgrading the D-Walker, you can take it along for this mission as your buddy. Using the D-Walker should make it much easier to defeat the Skulls. 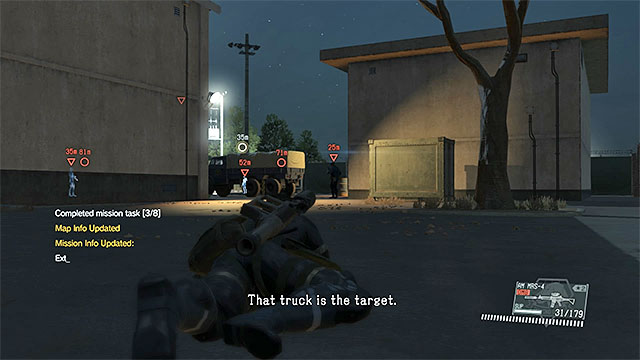 Extracting the driver is more difficult than it may seem. He can die easily and what makes things more complicated is the arrival of the Skulls after you come close to the truck. It is best to restrain the driver while he is still at the airport. You need to do this at a longer distance, so use a good pistol, or the sniper rifle with sleeping ammo. With the driver is down, get to him as quickly as possible and fulton him. Do not worry if zombies arrived in the meantime, because you should be able to send the driver away, before he dies, and before weather conditions render this action impossible.

Find intel data with information on the convoy's route 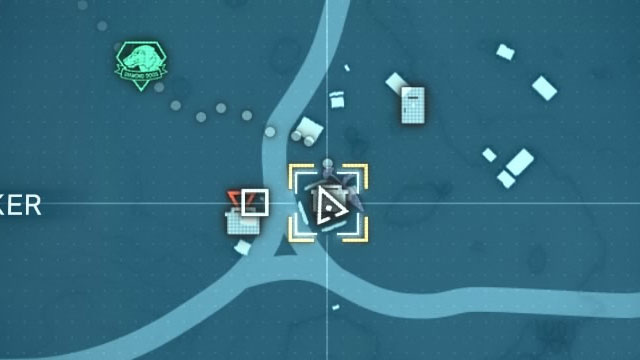 Right after you start the mission (over again), head towards outpost 14, located within close proximity of the landing zone. After you get there, you can eliminate several enemies here, or sneak up to the tent immediately. Inside the tent marked in the above screenshot, you find the Intel File.

Note - Thanks to your obtaining the file, the convoy's route will be marked on your map. The game, however, does not supply you with the information on the convoy's current location. Since the convoy starts travelling right after the mission starts, you can assume that it has already managed to reach near Nova Braga Airport and this is why you should head there.

Eavesdrop on the conversations of the truck driver

This one is the most time-consuming of all the objectives of this mission. Just like in the case of the previous mission, where you had to follow the interpreter, you need to make sure that you won't be spotted and reach locations of successive conversations in time. 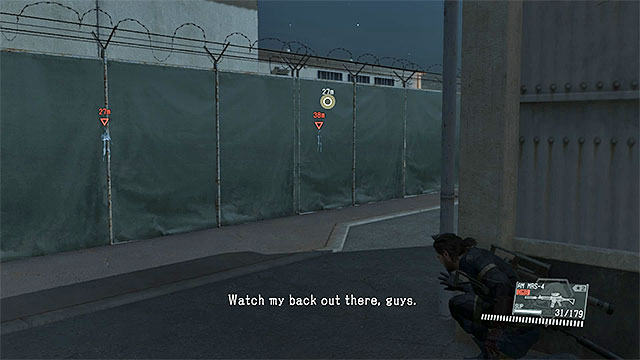 The first conversation takes place at the airport

right after the mission begins, head towards Nova Braga Airport. Make it over to the airport (e.g. by opening the gate in the Western wall) and approach the truck's location. Use binoculars here to listen to the conversation, between the driver and one of the guards, from a safe distance. 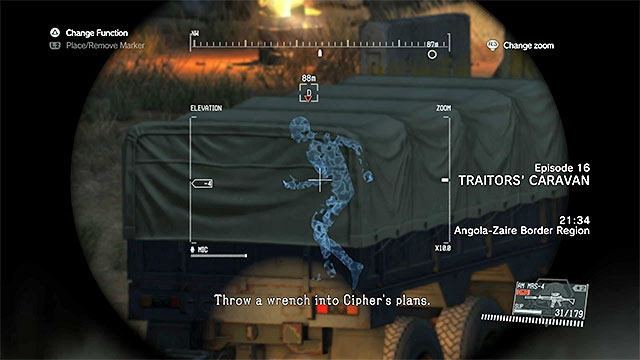 After the conversation ends, leave the airport, because the driver will soon get into the truck and leave, along with the APCs. Follow the convoy Northwards (preferably on horseback) and watch out for the jeep, with Zero Risk Security soldiers, along your path (they join the convoy). The trucks stops along its route in every major outpost. In such a situation, you need to take your position at a safe distance (preferably on a hill) and use binoculars to listen to another conversation. After you listen to all of the conversations the driver has, you complete this mission objective. 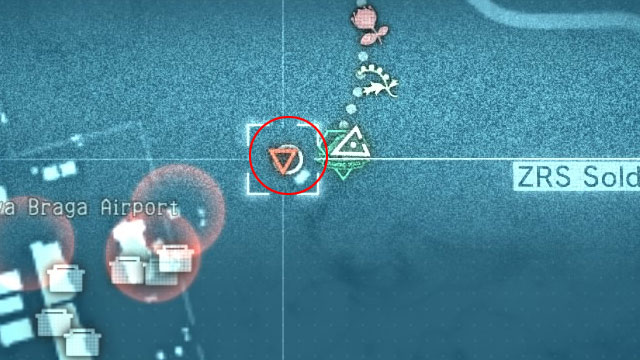 You should try to extract the soldiers while replaying this mission. Right after it starts, check out the area to the East of Nova Braga Airport. Find three Zero Risk Security soldiers right next to the jeep - their locations have been marked in the above screenshot. 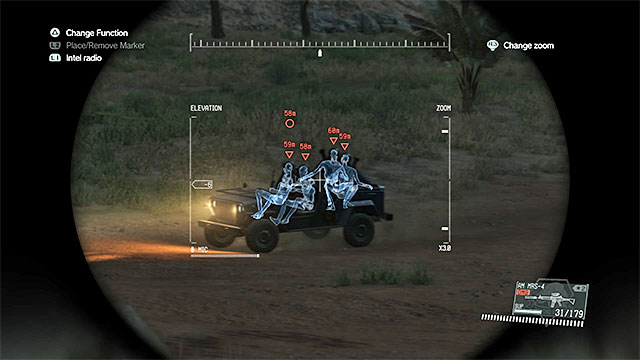 If you are too late to reach the soldiers, they move towards the fork Northwards of the airport. After that, they join the convoy - this happens after the convoy passes by the intersection.

Regardless of when you find the soldiers, the best mode of action is to deploy a obstacle on the road. Then, you can use a weapon with sleeping ammo to put them to sleep. Since the opponents should be wearing helmets, aim at their chests and fire several shots per each soldier (it is a good idea to shoot while hidden in the grass or at a long distance)/ after you incapacitate the soldiers, you only need to fulton them to Mother Base.