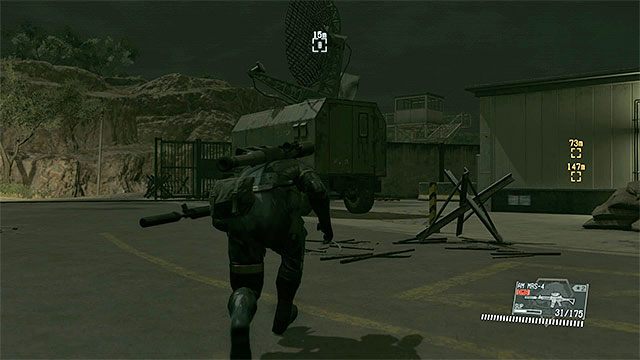 Destroying the tank in Mfinda Oilfield results in a short cutscene from which you learn that the enemy forces have been alarmed. The faster you leave the area of operation the better for you, because reinforcements are heading into the base. Additionally, If you leave fast enough, you will also complete one of the hidden mission objectives.

The best way o end the mission quickly is to call in pick up by helicopter directly into the enemy base. By default, this is impossible to do, but you simply need to destroy the radar shown in the above screenshot, next to the Southern entrance into the oilfield (use e.g. the rocket launcher or grenades). If you want to do things fast, you can request the helicopter still before you destroy the tank, so you can leave right after the explosion. 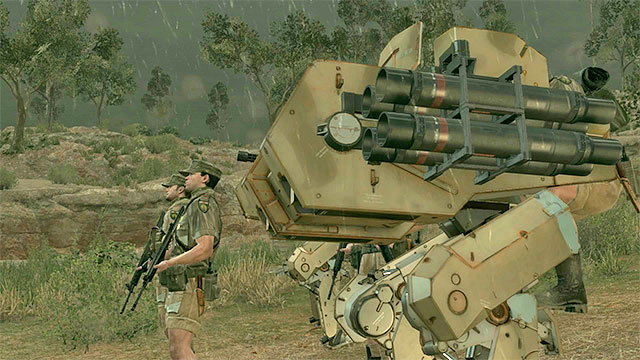 After a while, enemies in walkers, among others, will reach the base

It may be tad difficult to perform extraction from the base if there still are many opponents inside because, mind you, the helicopter would attract their attention immediately. In such a situation, you can pick a different landing zone, after you bring up the map window. On your way to the landing site, however, you will have to expect many enemies, including walker operators. (there is a hidden mission objective connected with them; see the next page for details) and a tank. Depending on which you prefer, you can sneak past them (try to stay away from the main roads), or use the rocket launcher to eliminate the enemy vehicles.