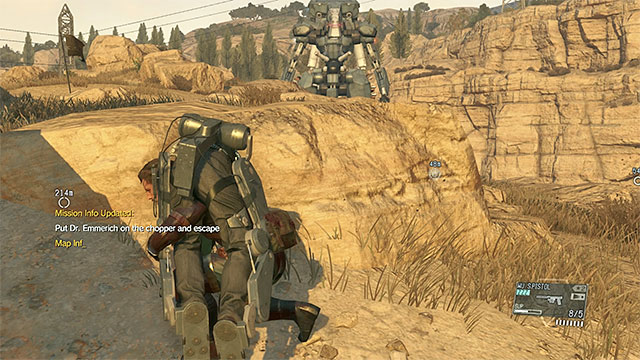 Hide behind rocks, on a small hill

RIGHT AFTER you regain control of your character run, with Dr. Emmerich, over onto the hill to your left. Here, hide quickly behind the rocks to avoid enemy fire from Sahelanthropus, i.e. The giant Metal Gear. Do not attempt fighting it and instead, focus on reaching the new landing zone (to the South of here) and on preventing dr. Emmerich from taking damage. 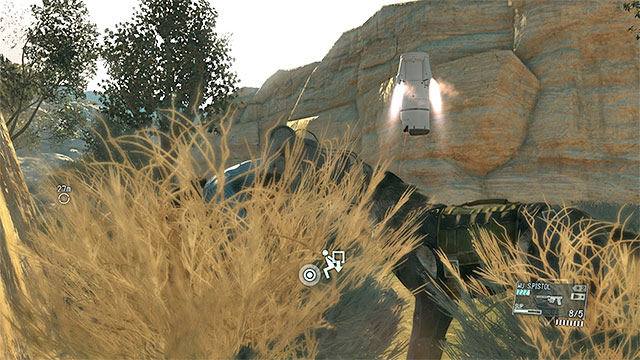 Carry Emmerich over to the new landing zone and wait for the drones to stop monitoring the area.

As soon as Sahelanthropus ends its initial fire, start running towards the landing zone, while trying to keep close to the rocks. After you approach your destination, hide behind the rocks, because most probably, Metal Gear will dispatch several drones your way. Stay behind the cover for as long as the drones keep scanning the area around you. Only when it gets safe, run towards the chopper and put Emmerich inside. 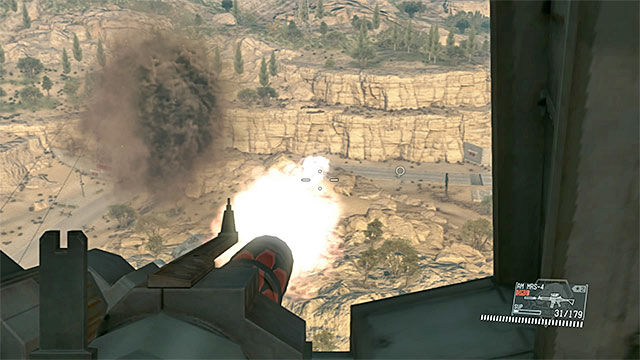 Shoot at the drones and, after that, at Metal Gear itself

As soon as you board the chopper, man the minigun onboard the helicopter. Lay down fire on the white drones. Towards the end of this scene, time slows down, at which point you can lay your fire down on Sahelanthropus.